I had a ton of fun with the last 4 books and I’m REALLY looking forward to reading the next 4. 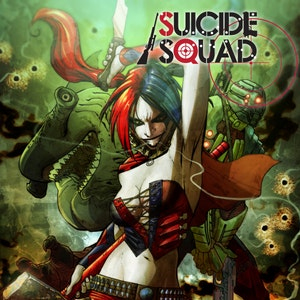 Here’s the link to the books: 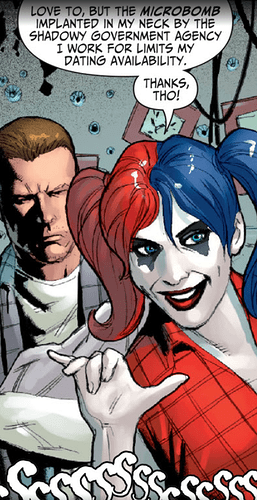 I really dropped the ball with starting this discussion this week, but I’m LOVING this series!

Death of the Family was the story that got me serious about collecting again and even though I read the couple crossover books from this run I didn’t get the complete story. I’m glad I’m reading it now!

Plus, it’s fun to try and guess who dies next and the cliffhanger at the end of book 8! I really want to say it was the doctor lady, but that seems too obvious.

And what WAS in that shot they gave Harley to wake her up?

I read it pretty early on, but I dug these issues. The prison riot was a fun story, and the Search for Harley Quinn was well done. Previously, I kind of felt like Harley was kind of extraneous to the overall group, mostly there to look sexy and make jokes. Here we see her be more formidable, have her own agenda, and overall become a bigger player in the series.

Here we see her be more formidable,

I agree. Formidable is a good word. I think people underestimate Harley because of her extreme sexiness…which I’m sure is intentional…but we totally saw how how much of a bad a$$ she is in these issues!

I’m fashionably late but I still wanted to talk about these issues real quick before jumping into the next ones!

I really liked seeing Harley in action, finally! Her prison break was wonderfully chaotic and her hunt for Joker’s face was quite the feat. 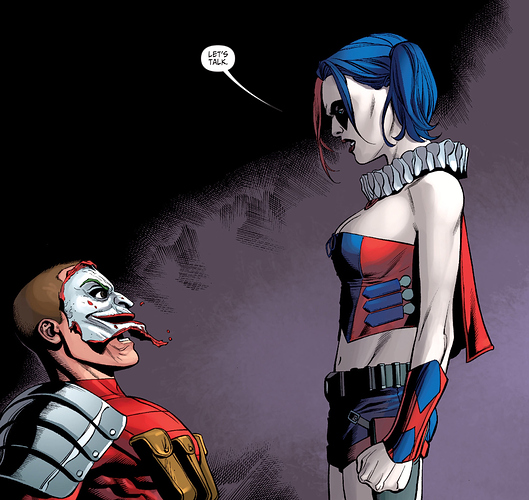 When Deadshot shot her I was so convinced it was some secret ploy of theirs where he just pretended to shoot her, but then I read issue 9 and nope. That was not the case, haha. Good thing they’ve got this handy lil shot ready for these types of situations

Also, RIP Yo-Yo… or maybe not?