Hey @Harleys-Crew!
The holidays are here, 2020 is finally coming to an end, and here’s how we’re gonna start celebrating! 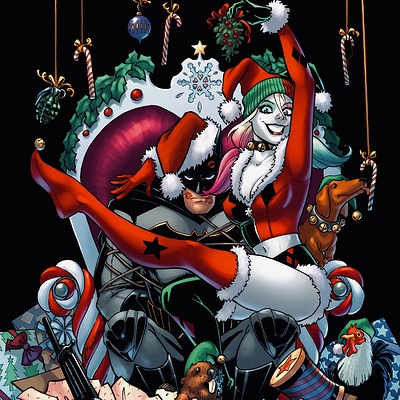 Merry Harley-days, everybody! Another batch of books has just arrived, so we’re back for more! [image] Black+White+Red 7-10 Tell us what you liked, what you loved—if you think

BONUS: A one-shot New Year’s anthology–the name says it all. 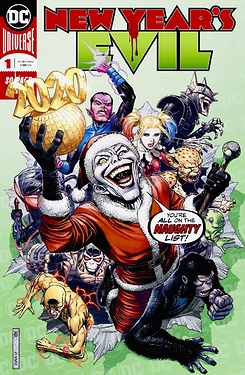 because sharing is what? CARING—that’s right!. See ya soon!

Well, I already found my favorite image from New Years Evil on Pg1. Out of context, here’s my take: She’s rescuing the poor innocent tree—Obvi… 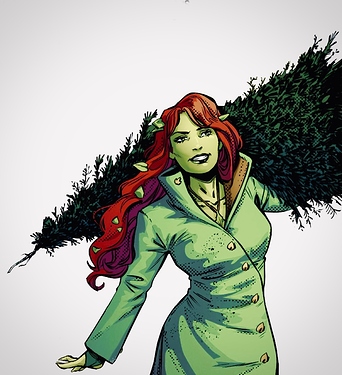 image827×906 218 KB
She looks extra cheerful too, so she prbly also just killed the entire board of directors for a logging company.

Of course! Why else

Now I’m wondering: what is Ivy’s opinion on plastic trees?

@Hiraeth have u seen? 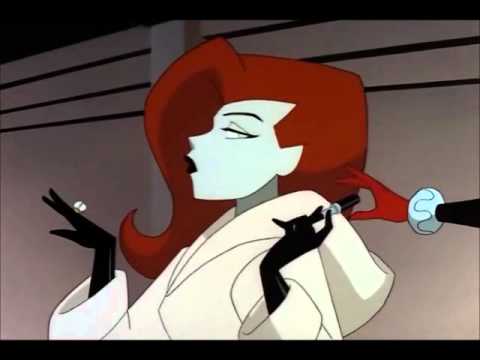 We know she’d support not cutting down trees, but…

she probably wouldn’t like the pollution caused by plastic production either. I’m gonna say she thinks we aren’t celebrating the solstice properly in general and would vote: None of the Above. 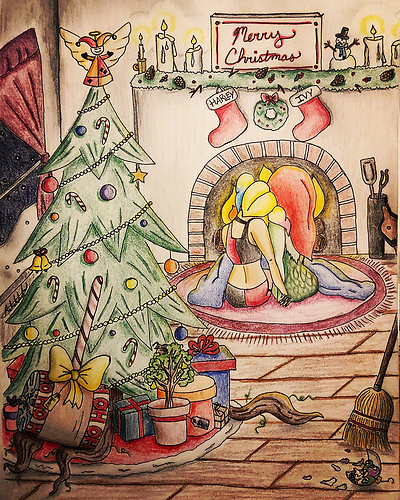 This is a glorious little gift created by @Hyperia90 at the #dcfac and commissioned by our very own Girl-Bat-ninja @DC89!

Come check out their holiday submissions this week​

[Presents] It’s been a rough year for so many, so the @DCFanArtClub hoped to bring a little happiness to the community by answering some fan art requests. We had more requests come in than we had artists available, but the club members went above and beyond to deliver as many presents as possible. I’m so proud of them! Not everyone is finished working (coughlikemecough) but are busily working away, so sit tight if you don’t immediately see your present below. A few people made very similar r…

This is beautiful artwork, I really like the art style and the little details put into it!!!

Right? There’s a bunch of great pieces in there—definitely check it out! @Hyperia90 did a Hanukkah

I really like the art style and the little details put into it!!!

The Harley angel tree topper, the roots coming from the still living Christmas tree, the new hammer gift for Harley, the new plant for Ivy…

Happiest of Holiday wishes to all of the forever super-awesome-cool members of Harley’s Crew!

ing all of you sooo very much!

to @Hiraeth for being @Hiraeth.

Looking forward to more fun to come with y’all in 2021!

Thank you so much for the request and thinking of us! I want to do something special for y’all! I think I know exactly what I want to do…

I look forward to the future fun we’ll all have, as well! Thank you for being such a great friend!

@Razzzcat, that is a truly lovely piece of art by @Hyperia90. I love the style and the coloring. Also, nice touch with the roots on the Christmas tree as, obviously, Ivy’s tree would still be alive.

I also really liked New Year’s Evil. “Slaybell’s Ring” was a highlight. The Toyman’s killer robots were obviously based after the Total Justice action figure line from the '90’s. I had quite a few of those action figures and, likely, got most of them for Christmas. Despite the “90’s attitude” take, or maybe because of it, they were my favorite DC figures from the 90’s. I was also blown away by the art of Ramon Villalobos. At first, I thought it was Frank Quitely, who is my favorite.

I’m also celebrating Sinestro Christmas from now on. We got to see Ivy trying her best to help people, but, hey, most New Years resolutions just aren’t meant to be, Pam. Black Adam takes down a legend in the most hilarious story of the book.

I most identified with the Chronos story, though. I do a lot of unproductive (some may say “unhealthy”) ruminating on the past. Sometimes you’d like to think, “Oh, if only this went differently then maybe…” But, I do believe that is often not the case. Most things go down the way they were meant to go down. All you can do is love yourself as best you can for how you actually did turn out because of it.

Finally, Harley gives us another look at how big her heart is by trying to make sure Montoya has a happy holiday season. I haven’t been able to see many Harley/Montoya interactions, so I was glad I was able to read this. Their… friendship…? is pretty complicated, but definitely endearing.

This was all my way of saying, Happy Holidays, Crew! May you all be safe and happy…

Happy Harleydays everyone. If you got any mistletoe or a tree that’s real, remember to take good care of it, cause Ivy will know if you don’t! Be safe, show your loved ones some appreciation, and hopefully we can give the ol’ 2020 a baseball bat to the face when December ends.

Ours is plastic, but we take good care of it and have had it for years, so I’m probably safe from Ivy’s wrath.

And I’m not kidding, I plan on learning to burn an effigy for 2020.