I wonder where Alfred was. I hope Bruce goes to see Selina in the last episode, and they give it another try as Bruce deserves at least one universe where he is happy…that is not in his golden years or the dark multiverse.
I also hope Bruce keeps up his therapy with Harley.
ps: there is a comic series for between seasons coming out this month.

Bruce deserves at least one universe where he is happy

Season 3 was good, but by far the weakest season of the show. It really could have used those extra 3 episodes the first 2 seasons got.

Excited to see season 4 with this new status quo and maybe seeing if the writers can better adjust to a 10 episode season.

Now that Ivy is the LOD’s chairwoman, she will use her role to enact a new terraforming plan. Now that Harley is a member of the Bat-family, she might be a key player stopping Ivy’s plan to Edin-ize Gotham.

I don’t know how many of you use Instagram, but there’s going to be a Harley Quinn Instagram takeover tomorrow night at 8 pm EST, 5 pm Pacific. You can ask questions of showrunner Patrick Shumacker and Ivy herself, Lake Bell!

and Ivy herself, Lake Bell!

Fun last time and Harley is seen as a hero. As rest is kind of the calm after the storm kind of thing.

Clayface’s story seems to wrap up with the premiere of the with Rita as Martha and beast boy as Bruce. Cool. As he sadly feels under appreciated by not being himself.

Bane moving in from the pasta maker and forgiving the crew.

Bruce trying to move in from his trauma and grow but struggles. Nice moments with Harley and the therapy. But then arrested by Joker and now puts Batgirl in charge. Guess Gotham Kinghts came early

Ivy get the LoD offer with all the benefits. Definitely think Lex is up to something but she takes it.

Harley struggling with her identity and her relationship trauma. But works it out in a sweet scene with Ivy.

Now she’s with the Bats for now. Interesting.

Overall enjoyed this season and having the gang back. Saw some new interpretations of more DC characters. The world expanded a bit. Great laughs and emotional moments all around. Definitely a challenge for HarlIvy’s relationship this season. And some growth for the rest of the crew with King Shark and his kingdom and Clayface with his acting. A closer look at the batfamily. Also a nice set up the Kite Man spin off. In short great season and looking forward to 4.

I really really want them to use harley’s red and black bat symbol croptop now. I was hoping she would have it in the last scene…

This finale was something that I’ve been looking forward to since season one. I loved that we got to actually see Harley go from super villain to… antihero (as a safe term). It all felt natural. Sometimes you may think you want something in life for years, but then something happens accidentally and you realize that that’s what you wanted this whole time and you just never knew. I myself even went through that experience and I imagine so have many others here in the community.

I like that Ivy is supportive of Harley in this. I know for a bit it seemed that things would cause them to drift apart but lets face it, I think the creators know that we have been wanting them and have been shipping them together for years. There’s also the part that Ivy is a much better partner to Harley. Granted she’s not perfect, no one is and relationships are not either, but at least Ivy is able to take a step back and look at her mistakes or behavior and is willing to correct her mistakes. Harley isn’t perfect either, but she understands that relationships involve some sacrifice in order to make them work (when done fairly that is).

Anyway, analysis over. I enjoyed this season for the most part. It honestly felt like it went by really really fast, especially after waiting so long for it, but I can tell that the writers were trying to carefully write their relationship while also trying to make enough conflict and drama to keep the show entertaining. I understand why for some this felt like a weaker season. Building up the slow burn for a relationship is a lot more easier than writing a full fledged relationship, at least for some writers, but I liked how they explored the HarlIvy relationship and their reactions to being together for reals. 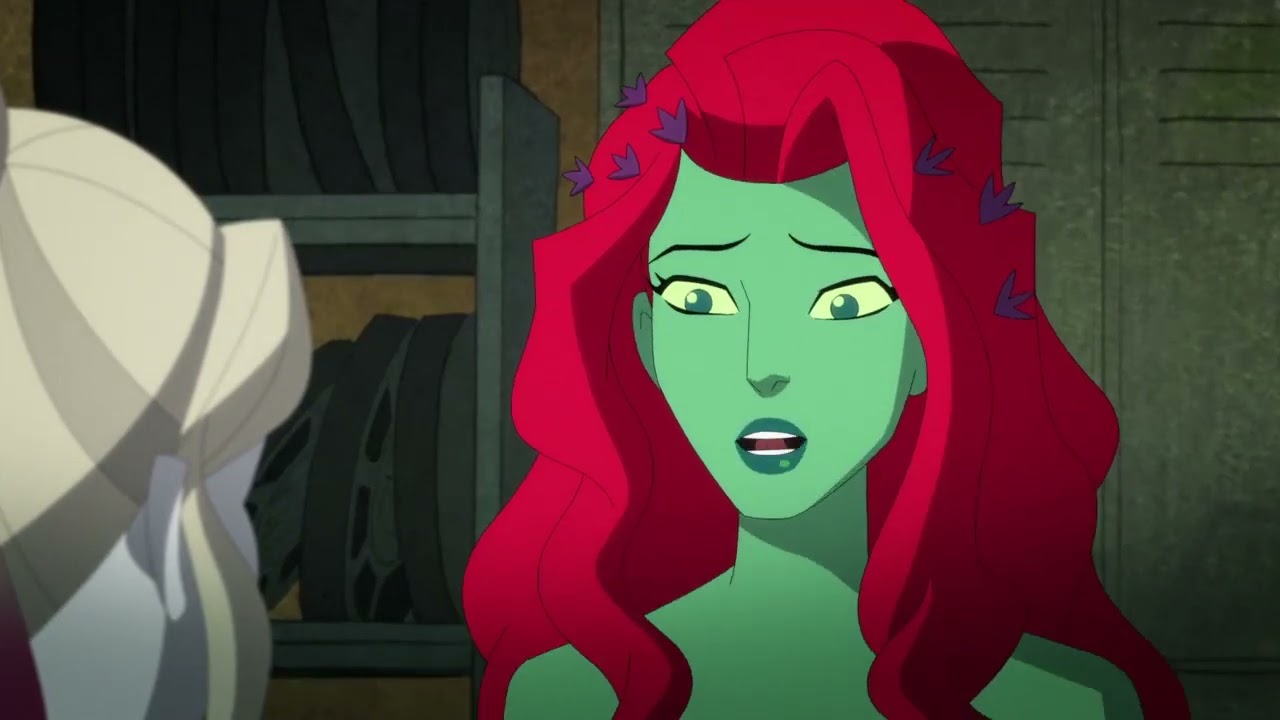 After watching this^^^ I am this:

Same. I know a lot of us we’re worried where this was going, but Ivy is so sweet and supportive

Well, they’re both just doing their jobs. And it’s a good idea to keep work at work.

Episode 9: Felt like a return to form after some detours. The OG cast got to shine (finally). I hope there’s a good reason for what they’re doing w/ the Bats, and it’s not just some predictable WB directive. We’ll see!

Highlights from my first watch:

Where’s my man Frank at?!
-Let it go, Nightwing. This is

billionaire b*tch-boy’s fault. Not Ivy’s.
-We have a zombie apocalypse, people!

-FraaaAAANK!! The keeper of the facts!!
-

Ew. You’re a jerk, but I’ve missed you, Psycho.
-Jazzapajizza is in danger! The flugelhorns must be saved!!
-Confidence is a kink? Okay, well then me too, Harls. #costumechange

-You almost nailed the speech, Dr. Holland. Almost.
-Butthole is worse than a-hole—FACT!
-

-Dancing Zombies. Thank you, Ivy.
-The zombies tickling King
-Babs w/ the sick motorcycle skillz
-Nope. This is not how you’d do things, Babs. You know Harley is right. Admit it.
-

You’re not wrong. Anyone who thinks you are is immature and lives in bubble—fact.
- 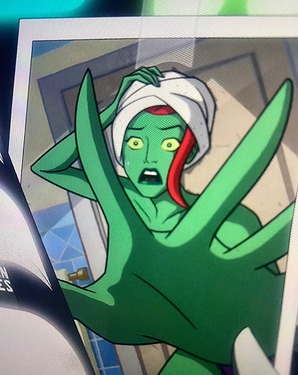 This is such a Harley thing to do.

Episode 10: Fantastic episode across the board. The show still has a fantastic voice cast and great jokes, like always. Now let’s hope they don’t make us wait another 2 YEARS for Season 4!

Frank wrapping his roots around Ivy’s waist when she picks him up is the cutest thing I’ve seen all season!

better be in charge of this operation by the end or I riot.

Ivy’s got a certain je ne sais quoi 24/7, imo. (And I missed you too, Frank)
-Welcome back, Giancarlo Esposito & little Lexie!
-

Ivy running the LOD?! Oh, please tell me we get to see that next season! (Ps.

It’s not going to go how you think it will, Lex)
-

Uh oh. No. Tell Ivy what you want, Harley. Also: DONT YOU DARE BREAK THESE TWO UP!
-Joker is already the best mayor Gotham ever had.
-King & Clayface, I miss you. Lookin’ dapper, btw, boys!
-Our ladies in more formal wear

Ty.
-Selina’s going to pay herself for being nice w/ those pearls, Bruce.
-Cheryl!!
-This Batman movie is terrible, y’all

Dear Dr. Harley…you’re not a villain.
-Joker saving Harley & Ivy’s relationship
-Take control of the sitch, Babs. You got this. AND! You’ve got Harls now.
-Awww

Dear writers, thank you for not doing the same old boring break up

I’ll be back with some final thoughts after our WAL tonight. Especially with these awesome Ivy/team developments!

Even when not in costume, she’s still mah pretty kitty 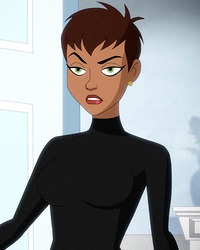 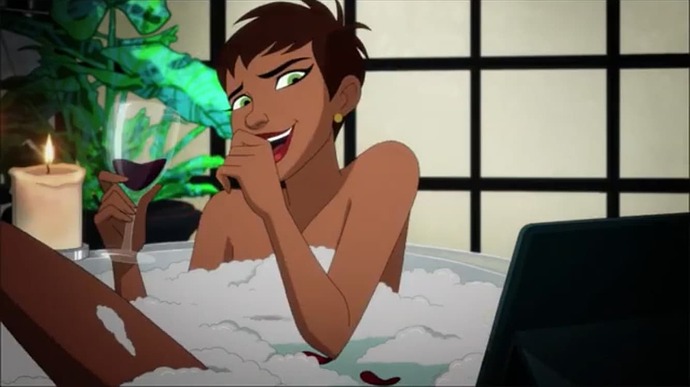 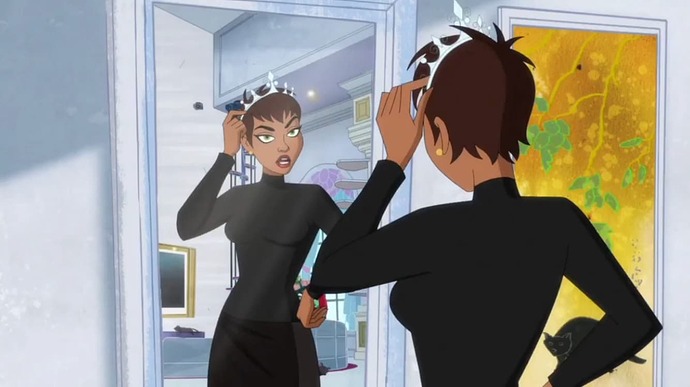 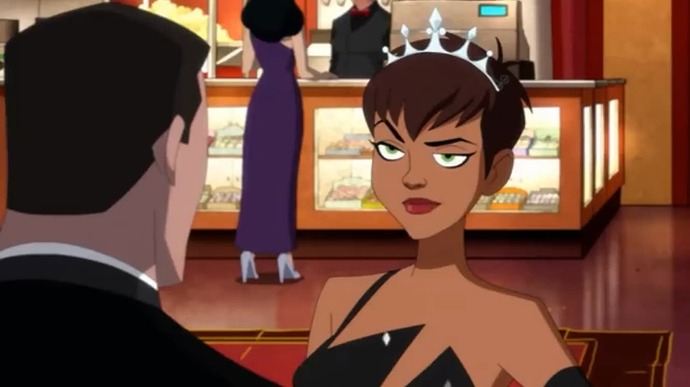 Even when not in costume, she’s still mah pretty kitty 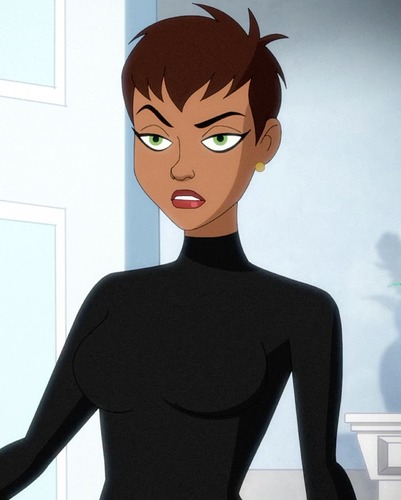 Selina sooo much in this series. Sanaa Lathan just continues to deliver the goods in abundance in this role.

I set a bookmark to come back and scroll through while I did a rewatch. I can’t stop laughing at this all over again

And the Doom Patrol crossover towards the end (Rita as Martha Wayne, Beast Boy as young Bruce)! We finally learn how Rita and the rest of the Doom Patrol is able to afford enough food and provisions for themselves. She accepts occasional movie offers. I’m glad the Harley Quinn writers cleared that up for us.

Only ten episodes this season? There were over a dozen in the last two.