I bought the latest Batman because of well. harley reasons. ivy reasons.

it’s just annoying because if I want to see my favourite characters, I have to buy batman comics, but if I buy batman comics, DC won’t understand I’m purchasing them for the batgirls or Huntress or Ivy or even Harley (who luckily has her own titles)- they’ll just think more people want more batman and then we’ll get more batman whilst my faves continue to get sidelined or ignored.

I shop & read the exact same way. I’m a BIG believer in voting w/ our wallets. Annoying that readers aren’t given a choice sometimes when we want what we want (which is often not Batman) but have to buy Batman comics just see the characters we like—agree.

I pronounce it poo doo- is that also acceptable?

Hey @Razzzcat, I loved the polls… and I would Love if you could do some more of these.

More polls or more mixed bags of goodies? I do have some tricks up my sleeve for the rest of the month

@Razzzcat … Would I be called selfish if I asked for more of both?

[dchistory] Comic books, like all literature, are a reflection of the society that creates them. That reflection includes its highest ideals and its basest prejudices. The struggle for LGBT peoples to be recognized, respected and represented can be seen in the history of DC Comics from the institution of the Comics Authority Code in the 1950s, to the subversive gay coding of characters in the 1960s and ‘70s, to the breakthrough in creators and depictions in the 1980s and beyond. No single discu…

the Cass Batgirl ongoing. I read it while in high school, and it solidified Cass as my all-time favorite Batgirl. She’s awesome. 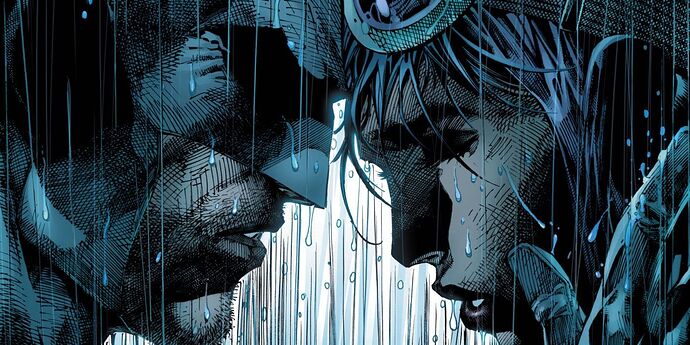 Batman’s allowed to have sex with his best friend’s daughter, but not go down on Catwoman. And both instances are from animated projects specifically meant for adults. MAKE IT MAKE SENSE

I want to know what little kid would ever even see the episode, and even if they did—HOW is being a good partner a BAD thing?! sigh

My takeaway: The one thing Brucey doesnt do well: Catwoman. lol

Batman’s allowed to have sex with his best friend’s daughter, but not go down on Catwoman.

Exactly. Such a strange place to draw a line.

It feels pretty damn sexist to me, tbh.

I do hope we will see Harley and Ivy being intimate in Season 3. Nothing explicit of course, but tasteful and sexy. (I didn’t like Psycho’s sex tape leak, for the record, that’s private.)

Very much so, I think it has some kind of weird stigma as being “unmanly”? BS.

Right, I know explicit nudity is territory they can’t quite get into just like how the c-word is the only curse word that’s censored. I don’t doubt we’ll get more Harlivy intimacy like we did last season, but this thing w/ Batman and Catwoman still needs to be called out, and thankfully plenty of people already have

The one thing Brucey doesnt do well: Catwoman. lol

Double yep on this. Bruce is always effing this situation up. ALWAYS.

Very much so, I think it has some kind of weird stigma as being “unmanly”? BS.

Lady parts are some kind of kryptonite, I guess.