Merry Harley-days, everybody! Another batch of books has just arrived, so we’re back for more! 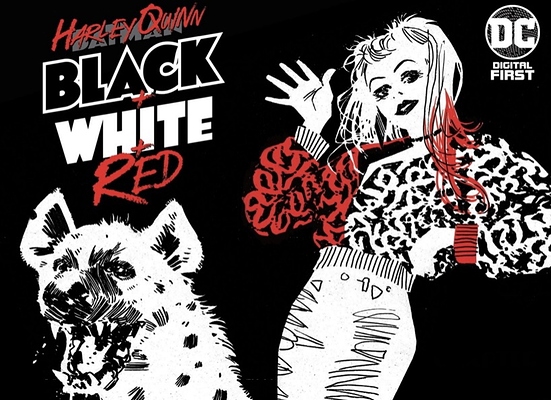 Tell us what you liked, what you loved—if you think

Harls prefers Maple to Ash for her baseball bats? Whatever you thought, DROP IT HERE!

This one I was a little hesitant on, because I really wasn’t a big fan of Erica Henderson’s Squirrel Girl and other Marvel works, but art wise, it was really solid. Between this and the OGN she had come out a few months ago “Dracula Motherf**ker”, I feel like she’s at her best with more realistic/moody pieces than straight comedy.

Writing wise? It’s…okay. I dunno, it’s Harley doing something grandiose and things turn on fire and Ivy is torn between hugging Harley and strangling her. It just feels like it’s doing a lot of things I’ve seen before, and not in a way that feels all that different.

This was a fun story. The idea of this crazy subway train at night is one of those things that epitomizes I think what makes superhero comics great, where they can take some real world concept and twist it to the point where it feels more ridiculous and yet more true. Also, I’m fairly certain this is taken from Grant Morrison’s “Seven Soldiers: Manhattan Guardian,” where he has to go through a group of subway pirates, but it could just be a coincidence.

Also, the art is STUNNING. I’ve loved Marguarte Sauvage’s work since I first saw it in DC’s Bombshells, and it’s cool to see her doing a version of Harley again.

Joe Quinones’s mix of Harley & Ivy meets Indiana Jones was a lot of fun. The writing was surprisingly solid for someone who from what I understand hasn’t written much before, and the art is just…superb. I love the redesigns that Quinones gives for the characters, especially Ivy and Batman, who seems like a combination of '89 and BTAS.

LOVED this story. I never heard of Dani Strips until reading this story and I love her style, it reminds me a bit of Sin City era Frank Miller with it’s use of negative space and black and white coloring. The story was also really solidly done – more gritty and gringier than some of the other stories, but works very well for Harley.

I continue to have a lot of fun with this series.

Issue #7 was maybe my least favorite of the batch, but the art was fun. I also enjoyed watching Harley’s attempt to turn over a new leaf drive Ivy crazy.

I liked issue #8 A LOT because it took inspiration from two things I love. Seven Soldiers: The Manhattan Guardian issues #1-2 (as previously mentioned by @Jay_Kay). And, also, this classic movie: 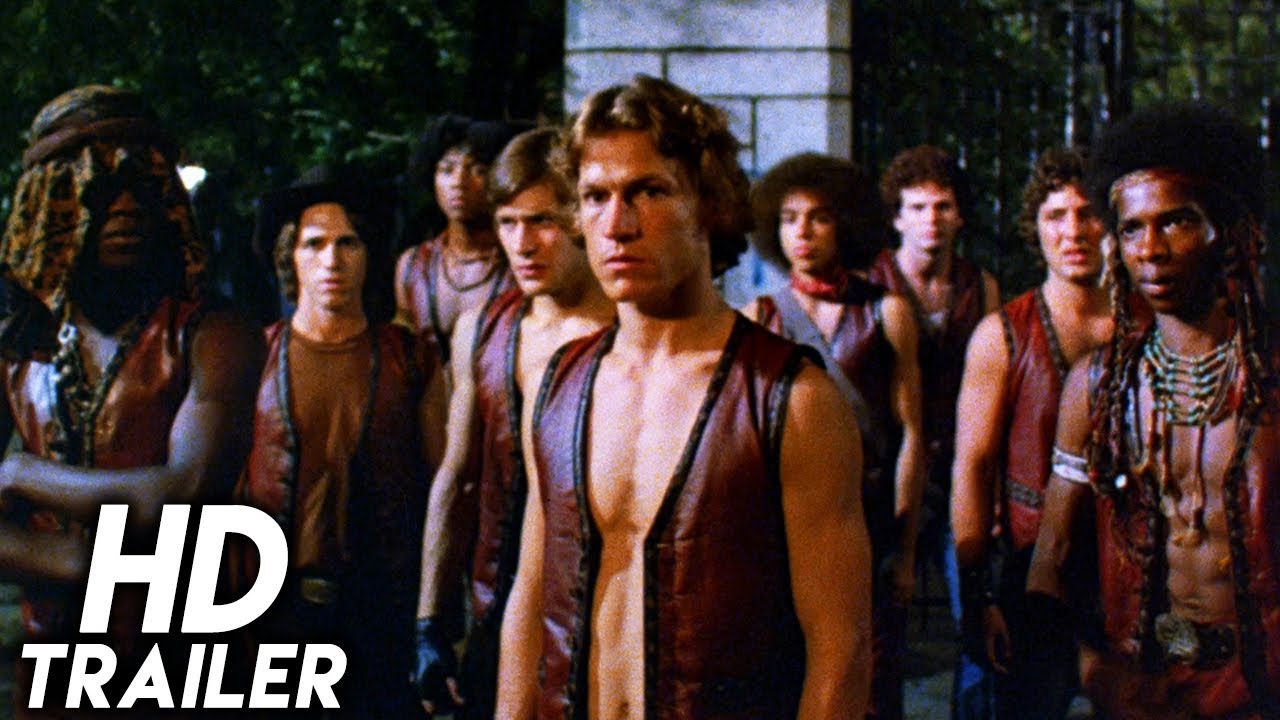 Can you dig it?

Issue #9 had a lot going for it. The art by Joe Quinones was beautiful. We have Batriarchy and Babs cameos with Harley doing her best Indiana Jones impersonation. We also get more of Harley driving Ivy crazy (she was really on a role, huh?), but a really sweet Harlivy moment in the end.

I, again, agree with Jay_Kay that issue #10 was very Sin City. That may have made it my favorite of the bunch. I also like the use of the underutilized Slaughter Swamp. In this story, it looked a lot like Florida or Louisiana, but the birthplace of Solomon Grundy is usually just outside of Gotham.

This series has been a blast and can’t wait to see where it takes us next!

Between this and the OGN she had come out a few months ago “Dracula Motherf**ker”, I feel like she’s at her best with more realistic/moody pieces than straight comedy.

Quick and to the point seems her style, which I don’t dislike—just depends I guess.
This was one of my favorite sets of panels. The optimist and the pessimist. 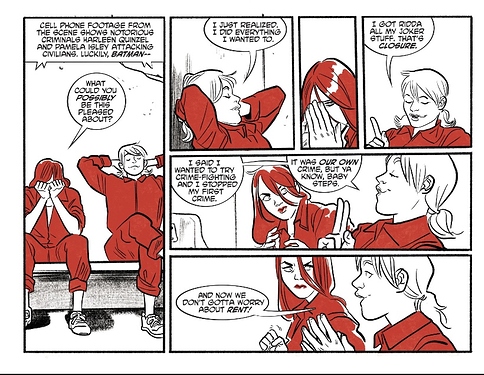 This series has been a blast and can’t wait to see where it takes us next!

“It was our own crime, but ya know, baby steps.”

I’m way late, but here it goes: 1) I think 9 & 10 are my favorites. #9 I really enjoy the Archaeological vibe, and had the most fleshed out story w/ more scope than the others. (I’ll probably be using the term “La-Z-Boy Pit” from now on!

) This was a very classic Ivy: impatient w/ a one track mind, but at least the motive was clear.

Cant always say that. (Curious if @Hiraeth got a look at the issue) or this panel: 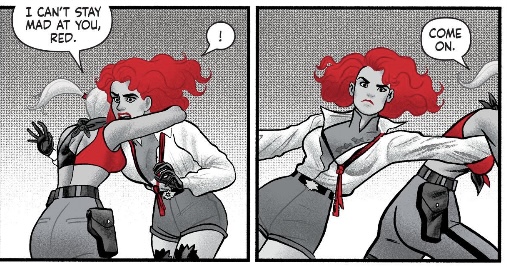 I agree there was a Sin City vibe in the last issue. Best art of the batch.

especially when someone has dared harm an animal—and we all know Harls isn’t going to leave her hyena-babies behind. Plus the antagonist is a perfect example of an egotistical male, acting entitled to a woman’s time. He made an obviously stupid decision, and I don’t feel bad for any of them.

2)would anyone like to talk about ManSpreader guy? lol Or maybe the Boom Box gang in #8? Like…do they fight to music like the Sharks and the Jets, orrr?? I’d watch that! 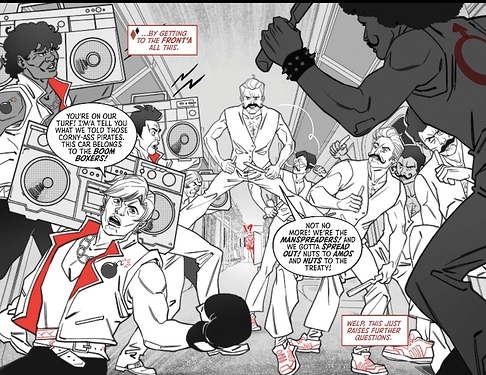 image824×635 258 KB
This issue was fun. Had a quirky story/characters—2nd favorite art, and a quick, clean ending that lends the possibility of a uncertainty to its validity. Very Harley!

That line got a giggle out of me, so I’m glad it wasn’t just me.