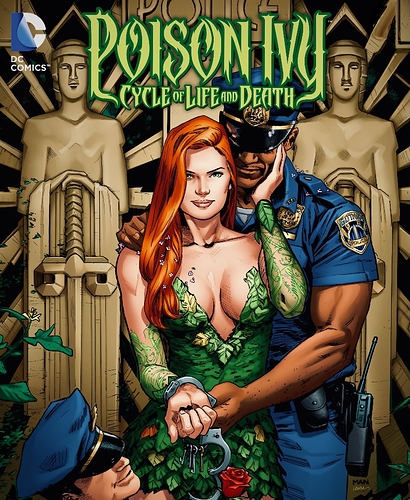 As always: wanna psychoanalyze characters, discuss artwork, tell us how much you absolutely love the term “sporelings”? This is the place!

(leans back, puts feet up on desk and sips from favorite mug) I’ll just be waiting right here… 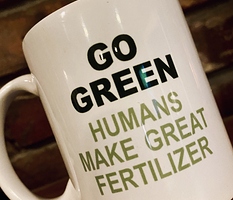 @Razzzcat I started rewatching BTAS and I’m on the Pretty Poison episode, maaan Ivy is so different than how she used to be, I know it’s Monday but it really feels like Throwback Thursday right now.

As Michael Keaton said in one of my favorite post-Batman movies of his: “Yeeeep.”

@Razzzcat I wouldn’t sit in the window frame. It looks cold out.

It’s definitely interesting to see how things have changed depending on the era, so we’re doing a little time traveling this month w/ BTAS…but imo, at her core, she’s still my same plant lady.

if Ivy doesn’t get cold sitting in windows during a snowstorm wearing a crop top—neither do I!

Jk I’d be wrapped in an enormous blanket… prbly listening to this: Edumacate me, if you would be so kind.

WELL. In the sky, there’s this thing called the atmosphere, and when it gets cold up there, little ice crystals form. Those crystals collect water vapor, and become heavy, so they fall to the earth! (and then it sometimes becomes sentient)

and sings or kills.

Oh, yes! I’ve seen that in films and other popular entertainment.

Trouble is, it’s never seen where I am. I’m not complaining, mind you. Afterall, one doesn’t have to shovel sunshine.

I thank you for your edumacation, Razzz. You are The Wise.

Wow, his shorts are coughbunched up a bit in the frontcough.

So while watching that episode, I just remembered that when Batman pulls up Pam’s info on the Batcomputer. Her info states that she is 28 years old, and if I remember correctly Harley Quinn TAS stated that she is now in her 30s… I know that it’s obvious that classic Ivy is still canon from a history and character development standpoint, but I know that not only is age complex in comics, but so is what is considered still in the continuity. I guess the TL;DR here is that there is a bit of a window in terms of how long Ivy’s character has changed, and just how long Classic villian Ivy has been around.

I think part of it is honestly just a sign of the times. When she was first introduced in the 60s, she was definitely meant to be a diabolical villain out only for herself and used her innate sex appeal to get what she wants. I mean, her look was inspired by the iconic pin-up girl Bette Page. While environmentalism was a thing when she was created, it only really became mainstream in the 70s and 80s, and the creators writing Batman at the time were aware of that, and that’s when they brought it in as a part of her character.

I think both sides of her are equally important and a balance is necessary to really make a great take on Ivy.

This does make me wonder when it was that Ivy first started having an environmentalist/eco-terrorist bent to her. Might be a good one for Ask The Question if that hasn’t been done already.

Definitely, history does play a factor in the ways characters are made. I’ve been learning a lot about just how many female character based tropes are impacted by the culture from the past, like the femme fatale trope came from post WWII when Film Noir was created. It just made me wonder if nowadays it’s canon that this is how Ivy was when she first started, and the version of her now is from today, like if they made her classic self the person she used to be. It’s kinda the same with Harley, how we consider her classic animated version to be her beginning self, and now she’s evolved into someone differently. I suppose these characters have changed and developed over time like people usually do IRL. As for when she starts having powers… I know that in The New Batman Adventures is when she has definitely used them, but that was when she started to make herself green… I too am curious about when she got them

I’m still wondering how Ivy is 30 in Harley Quinn, yet she went to kindergarten with Jennifer (who is 36).

Sometimes I lie awake at night and ponder this, and I fear that I will never find peace.

Someone was either way ahead of the class (Ivy) or someone was way behind it (Jennifer)?

NGL, I was unaware of either character’s age.

goes into Film Theoriest mode, she may never come out of it

That is… the question…

I’d definitely assume Ivy would be way ahead of the class if they were in a higher grade together—because if Jennifer were around age 5, then Ivy would be -1?

And I doubt Jennifer would be that far behind. She’s definitely the Queen of Savagery… but she seems naturally intelligent. I mean, there could be several random reasons for why a child gets held back a few years (especially in a show like Harley Quinn, lol).

Jennifer must have spent a few extra years in kindergarten

oop, i didn’t see the rest of the responses before i said that…

I legit just formed a backstory for Jennifer

; but I’ll hold off on sharing it since this is Ivy’s thread.