Hey everybody!
“Trick OR treat” is the phrase for this time of year, but I say, why not both? TRICK: we’re changing up the reading! TREAT: its Harley Quinn: Black+White+Red! 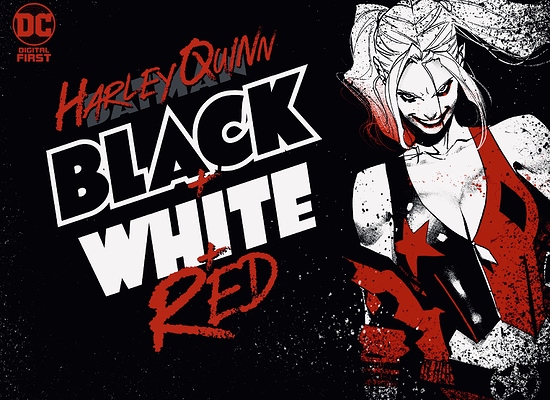 Wanna psychoanalyze the characters, rate the artwork, discuss the perfect wood for a baseball bat? This the place!

The first issue is by Stjepan Sejic!

the art was amazing! i’m looking forward to discussing the book with everyone!

Looking forward to this.

I’ve read all three of these, and just love the change of pace, short nature of these digital firsts. For #3, loved that we essentially got four different versions of Harley through everyone’s story, then the real deal.

I got these issues as they were coming out and there is some really good stuff here. I might go as far as to say that this is DC’s best of their digital first books this year.

Part of me wants to iterate that #1 is an epilogue for Sejic’s Harleen and might spoil things for those who haven’t read it yet, but maybe I’m being too paranoid about it? I dunno.

This is the first I’ve heard of BWR #1 being an epilogue to Harleen, which I’ve only read pieces of.

I’m now inclined to read Harleen in full and then re-read BWR #1.

DO IT! It’s really good. And Sejic is still occasionally working on

Wait is that official?

I follow him on Twitter, and he posts all sorts of outtakes, but yes, he’s doing it.

He had to step away for health reasons, but…it will be ours!! maybeHe said it’s coming BEFORE the “next Harleen arc”, so he’s obviously got more planned for our ladies…

I absolutely love it so far. Reading as they drop. Love the artwork.

Sejic dropped all his DC work. He is only focusing on his creator owned work now. I hope DC offers him a blank check to bring him back, because Isley and Harleen were some of my most anticipated stuff from DC.

He said it was for health reasons, and called it “demoted” (a couple days ago) but also didn’t rule out finishing his “current projects”…of course he’s cryptic about which he’s referring to, but posts plenty of Ivy. So I’m thinking 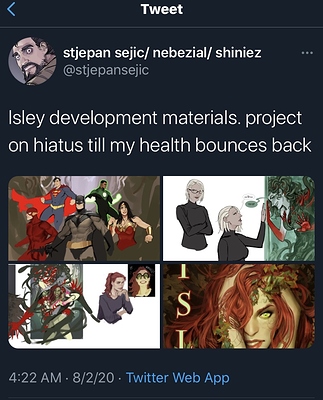 Sejic dropped all his DC work. He is only focusing on his creator owned work now.

Yes, you’re right, but he also said it was less because he doesn’t want to do any DC work or isn’t being allowed to finish his story, but because he had to lighten his work load for medical reasons. I believe he said it on his Twitter at one point, but that was earlier this year and it’s a pain to find.

He said this more recently when someone asked if they should have hope for more Harleen and on some of his streams he said it was health and because he makes more money on his own work. lol I just don’t want people to get their hopes up too high. 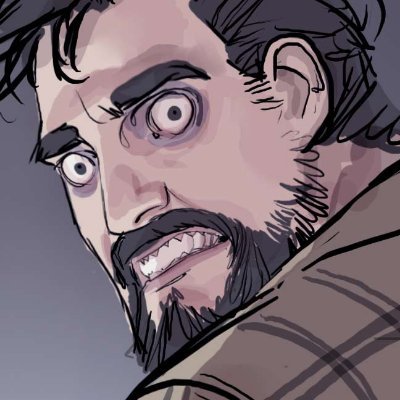 Not sure Top Cow makes more $$ than DC

-I think he just doesn’t want to be censored, and between that and his health he’s holding off until he gets what he wants…which is to tell Harley and Ivy’s story. And…FACTS.

I hope DC offers him a blank check to bring him back, because Isley and Harleen were some of my most anticipated stuff from DC.

Not sure Top Cow makes more $$ than DC

I mean, the guy from what I understand is the biggest comic creator on Patreon. I definitely don’t think he’s going to be hurting for cash while he’s dealing with his medical issues.

But yeah, I think there’s a little truth to both – I’m sure Sejic is perfectly happy to do his creator owned work like Sunstone and Death Vigil, but I wouldn’t be surprised if we see an Isley story somewhere down the line.

Yeah he makes the majority of his money on Patreon and he probably makes more per book sale on his creator owned stuff, especially something like Sunstone.

Right now he is working on 4 different comics and writing a book, but yeah I really hope he returns to DC someday.