Hmmm… still don’t know who this person is or who she’s trying to be: 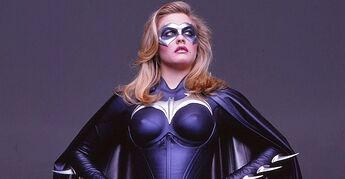 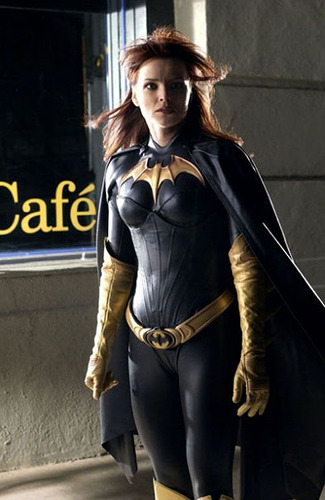 But I’m still not in the know regarding that other one. I better for sure be here for the B’Man&Robin WAL on Monday as I need to find out who this other person is, 'cuz as it stands right now

The Blonde hero was Batrobin! She was a fail hero! 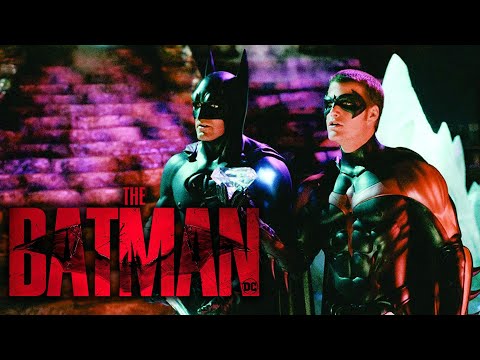 Just imagine this is the trailer.

This many hours to go!

Using a Nirvana song automatically makes it more dramatic. Thank you for sharing that @TheRealDetectiveChimp!

When filming Jingle all the way, wonder if Arnold knew his next movie would be Batman, playing Mister Freeze.

Yup he probably did!

This is an interesting film for me, because when this came out I was…nine, ten years old, and I remember liking it, if only just because Batman was in it, and Batman automatically makes everything awesome. While I don’t know if it was in rotation as much as, say, the Burton movies, the Schumacker films and even the '66 movie were in rotation when I would watch movies as a kid.

But then after a while, probably just before Batman Begins came out, I was also in that prime age group where you look at a movie like Batman and Robin as “bEtRaYaL,” “if it’s not dark and gritty, it’s not Batman,” and “it’s bad because nipples on the batsuit!” That last one is interesting because while it is certainly an…interesting design decision, I think for a lot of people at the time there was also a twinge of homophobia involved with how Batman and Robin were portrayed at points.

Now? While it’s not the kind of Batman story I gravitate toward, I can appreciate it for what it is. Looking forward to watching it with you guys.

Questions for #harleys-crew, Had there been Batman 5, Harley Quinn would’ve been in the movie as Joker’s daughter, what’s your opinion on that?

I mean…I guess it’s better than her dating him. Ew. Kittins and bats. That’s what the Crew is all about!

As Mae said, just about 2 HOURS TO GO!

I had a couple things pop on my schedule, so I might be late, but I’ll be here!!

She’s too good for you him. #FACT

m
See ya in a bit, peeps! Don’t forget your baseball bats!

She’s too good for you him. #FACT

Got my Tablet all charged up for the watch along and nothing is gonna freeze on me!

As we are still celebrating Earth Day with this WAL, I thought I’d drop a few tunes from one of the original queens of the earth: