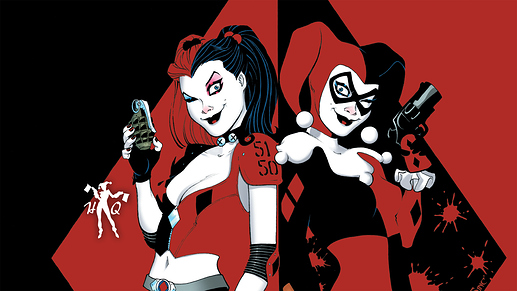 With the highly-anticipated premiere of the adult, animated series Harley Quinn happening in just a couple of weeks, we are rolling out the red and black, checkered carpet for the Queen of Mayhem with every Wednesday in November being “Harley Quinnesday”!

In today’s News article, we are kicking things off with The Many Faces of Harley Quinn and taking a quick glance at all the things that make us love this Goddess of Chaos!

Make sure to let us know what version of Harley is your favorite in the comments below!

One of the reasons why I fell in love with Harley was how her caring side (psychiatrist side?) always came out even in all the craziest of moments and still be a tough bad a**. She could be kicking someones rear to a bloody pulp and still find time to care…eventually lol. My top favorite face of Harley has got to be “anything…and everything” since it reflected more of her caring nature and in my opinion it showed her more as solo character and what she can do/think. Also, it showed more of her goofy self fighting at the same time but finding the time MID FIGHT to grab a slice of pizza. lol

While I don’t think anything will ever top the original Harley from the animated series, one of my favorite alternate versions is her iteration from White Knight. She felt like a true partner to Jack, and was even stronger than him in a lot of ways, and it was great to see her fight so hard for the (mostly) good man that had been trapped inside the Joker for so long. She’s smart, hilarious and resourceful, and I’m so glad that she’s getting more opportunities to shine in Curse of the White Knight

I like the original Harley Quinn the best, I really enjoy reading the article about her, I think her best episode in my opinion was ‘Harley’s Holiday’ where she was release from Arkham and couldn’t stay out of trouble for a day! Let’s just say that she did try her best to be good!
Thankyou Paul Dini for creating such a great character! 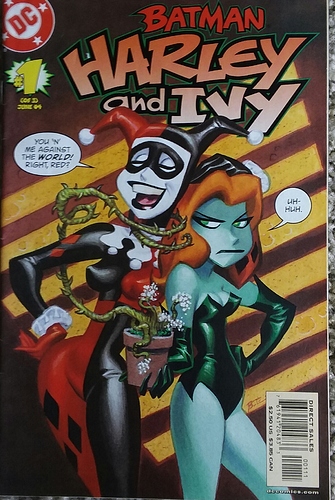