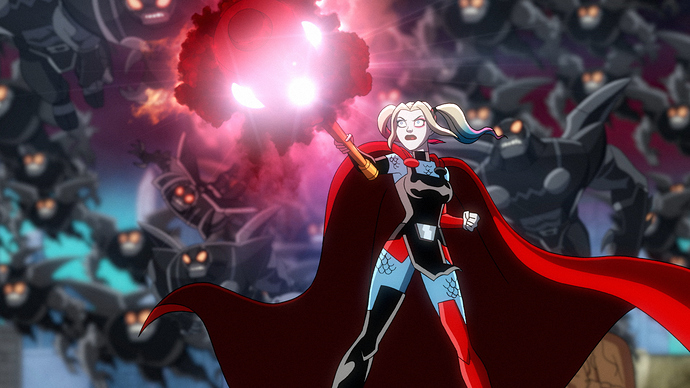 So, what do you do when you kiss your best friend and they want to just ignore that it even happened? Why go amass an army of parademons, of course!

At least, that’s what you do if you are Harley Quinn.

Putting aside your emotions to make your BFF happy

If you haven’t watched episode 8 yet, make sure you do then come back here and let us know what you thought!

What an episode, and with this and apocalypse war, DC seems to be too much into ripping people’s spines from their bodies. The parademon thing was insane and personally, I want Kite Man and Ivy to marry but I don’t think that’ll happen anymore. I also think this chaos might’ve awakened the Joker back to his former self and that’ll lead to the finale of the season. I don’t know what they’ll do for season 3 but I hope we have it and it’s as insane as this one. Maybe it’ll lead to an apokolips invasion angle.

Nothing says “love triangle” quite like a demon-filled massacre.

The things Harley did to get away from her feelings. Ivy standing up for Kite Man was sweet but I’m not sure that she still want to marry him as much as she is saying.

Well we found out was Harley was sooooooooo busy with

What a great episode.

Haha this was great…Ivy all around wanting to steer clear of any real conversation about what happened and Harley just going with the flow.

Animation was absolutely fantastic, especially that scene towards the end with Ivy asking ‘the question’.

Also find it suspicious that all really deep conversations / moments with Ivy and Harley have take place amidst or with threat of flames lol — Arkham, The Pit, “What do you want”

What an episode. Harley running from her feelings and Ivy meeting the parents.

Poor Harley though finally realizes what she wants, but knows she can’t have it. Kite Man popping up when Harley finds the courage to tell Ivy. Guess we will be seeing the bachelorette party next episode

These are the type of episodes that I eagerly tune in to watch every Friday. Everything that’s awesome about this show is in this episode, which makes it the perfect recommendation to those who haven’t seen this yet. 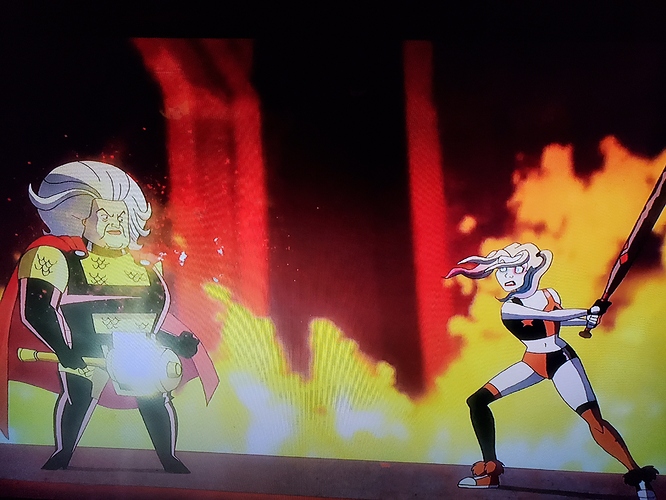 A gold star episode and one of the best of the two seasons. Top three for me to date. DC just has to greenlight more seasons of this show. 5/5

HAS ANYONE SEEN THE NEW THUMBNAIL FOR NEXT WEEKS EPISODE??? Harley an Ivy seemingly naked in bed together… I CANT WAIT FOR NEXT FRIDAY

Why was Iron Man an escape artist in this episode?

Dang she literally had the power for world domination. She should of just gave the staff to the friend with psychic mind powers that always been helping harley. Harleys kryptonite is ivy 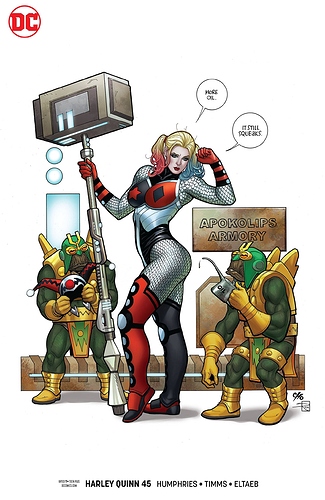 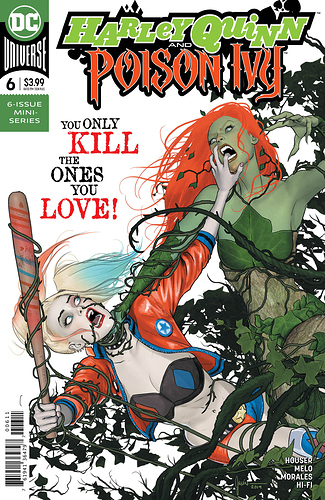 Everyone: Are you okay Harley? seems like you’re trying to fill a void and are overcompensating for something.

This was really sad and heartbreaking to watch and it just got worse and worse.

Batgirl trying to be the voice of reason and no one listening to her. Gordon has a tattoo of Clayface’s hand on his shoulder lol

And this episode actually made me like Kiteman a little bit more and feel more sympathetic towards him. I wasn’t expecting his parents to be such a$$holes, glad Ivy stuck up for him. Now I’m just frustrated and feeling all these feelings from all these different sides. My hearts breaking for Harley because I swear you could just hear her heart breaking when she was about to open up but then Kiteman appeared. But at the same time I don’t want Kiteman to get his feelings hurt either just ugh. It all hurts so good.

This episode is definitely high up in my top 5

Darkseid is… a surprisingly good therapist. I mean everyone could tell that something was going on with Harley, but I didn’t expect Darkseid of all people to go into the most detail.

I want them to just hurry up and get on with the ivy/kiteman break up. I don’t want it to happen but I am convinced that it will happen and after meeting his parents I just feel more sorry for him. they should just hurry up and rip the bandaid off, sooner rather than later. I don’t want this to be dragged out until the last episode.

this is a bit off topic but hearing the VA for the mother. I wonder when the next season of archer is going to come out.

Another fantastic episode. Wow! Darkseid, Granny Goodness, Gordon in a tank, Psycho quitting, No one understanding Batgirl, and Kite Man’s parents -Mom played by Archer’s mother. So many super things in one episode. This continues to be the best reason to subscribe. Kudos to the creative team and voice actors that bring the show to life!

A Rambo’ed out Jim Gordon is quickly becoming one of my favorite parts of this series. Have to admit, I wanted Harley to do more with the parademons. Her taking over earth would have been hilarious. 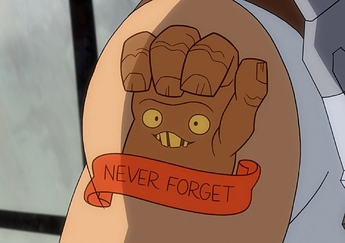