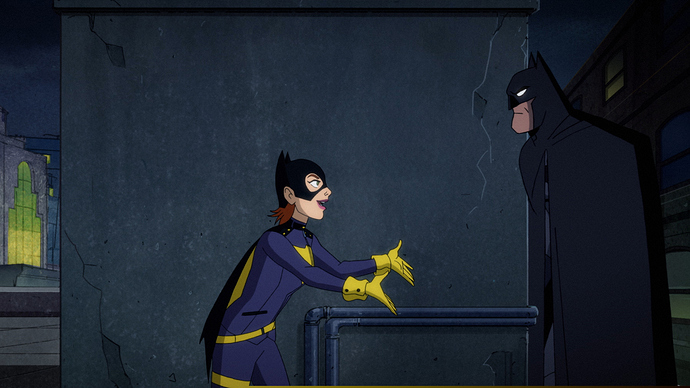 Holy smokes, Batman is back! Well, kinda. Sure looks like Batgirl is finding her wings and The Macaroni is definitely a character. We all knew that Bruce wasn’t going to idly sit by while Gotham burned, but that scene with Bane was just, well, yeah.

But we’d really be remiss if we didn’t mention the 4th wall break (which was awesome) and the fact that we had an episode of Harley Quinn that DIDN’T have Harley Quinn in it!

That intro rocked me

Honestly my favorite one yet. The show makes the DC universe subscription worth it.

Probably gonna get some drawbacks for this, but I have to say my least favorite episode thus far. This is just based off my own preference for other characters of the show.

I will say I appreciated seeing batgirl kick some butt and officially join forces with Jim.

Definitely a diverse episode with the guys in the intro though.

Guess we will see what next week brings.

Likely unintentional, but the premise of this one immediately made me think of this: 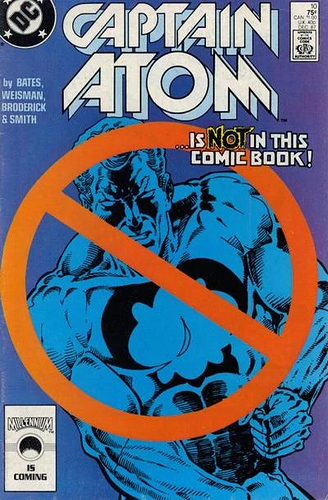 “This distribution model is ridiculous.”

One of the upsides of the Snyder Cut is that it doesn’t have all of the casual sexism that Joss Whedon inserted into the film. Just saying.

But yeah, I’m glad to see Bruce finally accepting that he’s in no condition to keep fighting. I’ve been waiting for that since 1993.

I love love love how this show can make fun of itself LOL. I love batgirl and Alfred and Bane were just the highlights of this episode for me, love this episode. Bane and two faces back-and-forth argument about their marketing poster was just hilarious. I’m definitely excited for more Bane and how Harley and crew deal with him because Bane is a beast but I don’t really want him to die either.

I’m really looking forward to next weeks episode because according to the summary joker is back and there’s gonna be this debate on whether people change and that makes me nervous because we’ve known Harley to backpedal when it comes to joker. And I would hate to see her do it again especially because she’s made so much progress, she’s still making progress, but I would hate to see her fall back into that trap again. So by the looks of it Batman is finally back, joker is making his new debut next week, I’m excited I can’t wait to see what see where this goes.

A nice change to focus on Batgirl, Alfred, Ba ne. Very entertaining. I loved the two guys in the beginning. Snyder cut and Last Jedi indeed. This makes the subscription worth it. Can’t wait for Joker next episode. Kudos to all the talented people who make Harley.

Welcome aboard. My sentiments exactly.

what a great episode. the intro was great with the release the snyder cut and last jedi isn’t canon dudes. i also liked that we got to see a lot of how batman is like and how he still acts like a teenager to alfred. i can’t wait for next week!

Not my favorite, to be sure.
-I found the strawmen to be irritating.
-Why does Bane get no respect?
-Wow, Alfred. I thought I was a deep sleeper.
-The Iron Man angle was funny.
-Social media obsessed millennial Batgirl was not unamusing, but with Babs just starting out as Batgirl after Damian becomes Robin, I find the timeline a bit wonky.

The irony of one of the most British characters dressing up in an over-the-top American getup. Well played, Alfred/Macaroni

An interesting episode to say the least without Harley or anyone in her crew in this episode. I guess Alfred has the same justice as Bruce does to go out and fight crime while Bruce was recovering. Hard to believe that Bane was fooled by Two-Face throughout the whole episode. Nice to see Batgirl finally join the Bat family.

Batgirl is so cute.
Can’t wait to see more of her down the road.

One of the weaker episodes but with the high quality bar of this show - still very entertaining.

We can haz Batgirl spinoff?

Great to see the Burnside version animated. Ace work on the fights, not sure about the choice of voice with Harley having a very similar voice on the show.

All in all pretty good.

Bane finally gets a chair!

I legit love these show and this version of Gotham. I legit love every character and that’s damn rare, hell Harley wasn’t even in this ep and I still love it!

Actually agree.
Whedon was not my favorite.

Whedon was not my favorite.

Whedon has been “not my favorite” for a long time. I don’t need to hear Ellen Ripley and Tony Stark talking like Buffy Summers.

“Well, yes, there’s darkness and I was born there, but…”

HAHAHAHAHA. They knocked it out with this one. Really loved the ep.