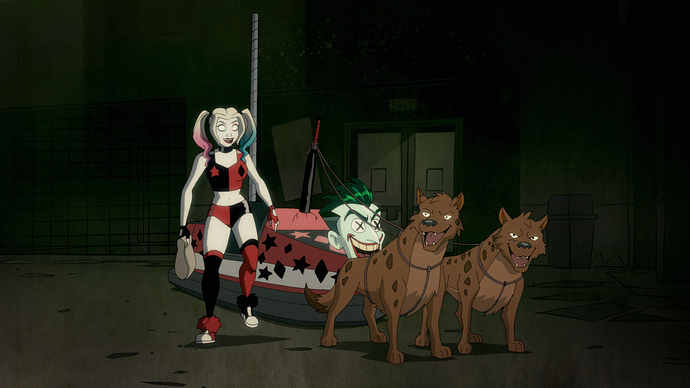 Season 2 sure started off with a bang, but what else could you expect from Harley and her Crew? New Gotham isn’t shaping up to be nearly chaotic enough for Harley, so she aims to do something about it. We’ve got goon uprisings, mini Batman, Gordon being, well, Gordon and new villains!

Ok first things first because I have to make things quick before I have to go to work:

Ending. I am so…sad to see my favorite kick the bucket like this. Practically to elaborate, in most incarnations, Penguin services as order in Gotham City for the underworld to the point that Batman sometimes keeps him in action because the option is chaos and anarchy if he wasn’t there. So to see my boy done dirty like that…whew! I am hoping we get a Lazarus Pit in the future because from last season, Scarecrow, and now Penguin. I wonder who is next? Because if there is a season 3 (and guessing there might be considering how good this season IS,) I wonder who they will have to fill the void because we need these guys back in action.

I would like to point out a few things but I am short on time so I’ll go to the obvious; Gotham reference with Harley in the ice as Penguin’s sculpture. Thanks for giving us fans a shout out there. I hope there’s more Gotham reference in the future.

Harley is going in blazing but at this point, I don’t think she realizes how much of a mess this is creating (well she DOES, but she probably doesn’t know the ramifications of pure chaos) and I feel that is still Joker taking hold of her. Her plans to establish chaos outside of order is going to backfire later this season, I can feel it.

Ivy will always be her rock, and is the groundedness she needs. I am looking forward to their relationship later this season.

Riddler! My boy! I can’t wait to see what Penguin divvied up for you later. 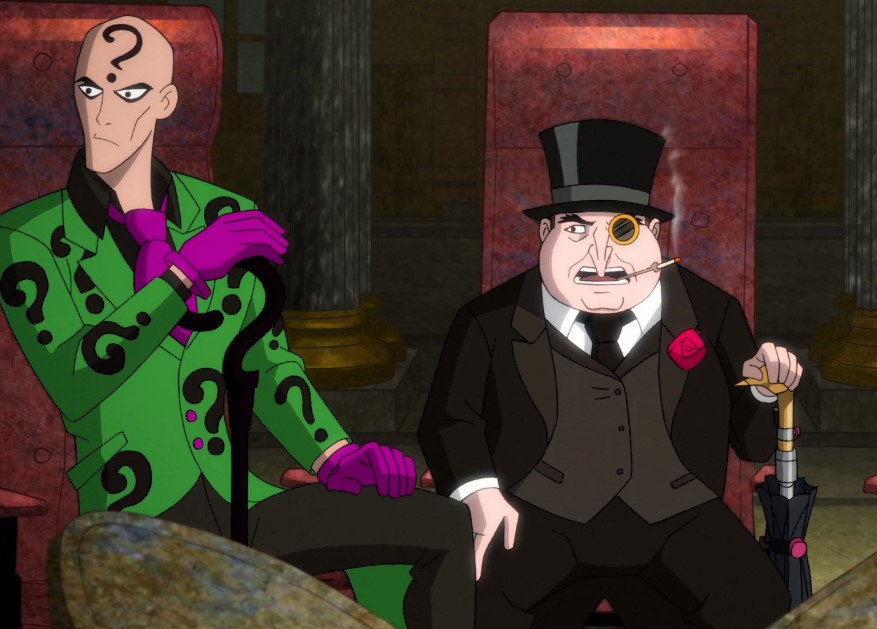 This episode was significantly funnier than anything from the first season, and the show’s take on No Man’s Land is already shaping up to be a fascinating setting. Good job, creative team.

Damian Wayne filling in for Batman was exactly what I need to see this morning. Looking forward to seeing how Harley deals with the other Injustice League members.

A post was merged into an existing topic: MASTER TOPIC: What Do You Like About DC Universe? And What Would You Change?

Full disclosure: I got to see this episode early at C2E2! It was tough keeping this all a secret.

I’m actually seeing a lot of Arkham City influence here, along with the obvious No Man’s Land inspiration.

You’re right, @40Cakes: Penguin represents order in Gotham’s underworld… and that’s exactly the reason behind killing him off here. This is Gotham in Chaos.

Anyway, my prediction is that Joshua Cobblepot from the first season becomes the new Penguin.

I actually thought about that…and then I thought that I might actually enjoy playing a Harley Quinn game in the vein of the Arkham games. (One of my big pet peeves with those games is how Harley seems to go down without a fight.)

Queen of Fables, Scarecrow, Penguin… a major character has been explicitly killed on screen for the past 3 episodes in a row.

I’m so happy this show is back. I’m glad for all of the people that were able to make it through even an episode of All-Star Games, but this is way more my jam.

I would have liked to have seen Ivy step up more as leader in those two months Harley was on ice, but then that might drive a wedge between Ivy and Harley, so I can see why they opted not to do that. I’m very excited to see where everything goes.

Robin in Batsy’s suit was the cutest and most adorable thing out there. Jim’s decline was sad to see. Penguin’s fate is something that I was not expecting at all. I like it. Can’t wait for more.

I love spending time w/ these weirdos. I needed a good laugh today too.
And

I’m glad for all of the people that were able to make it through even an episode of All-Star Games, but this is way more my jam.

Same here. I’m not much for rpgs—put it on while I did some reading tho. That worked out.

I cant wait to see what Harley and the gang do to start taking back the city.

Can’t wait for the next episode!!

It would be hilarious if they’re roommates now. I was wondering where they were too!

Hopefully we won’t have to wait too long before seeing Kite Man. They’ve gotta address him and Ivy before Harlivy can finally happen

Sadly, I didn’t care for this episode. I don’t know what it was. I loved the entire first season. Between my own viewings, and making friends watch it, I must have seen it about 5 times. This episode just didn’t do it for me. I’m hoping that it was just too much set up for the season crammed into one episode, but who knows? I’m just really hoping the show doesn’t degrade into Harley murdering a different classic villain each week.

This may be a silly question, but did Fables die? I know her head got knocked off, but it kept talking. I had assumed that meant she survived, and would be back in some capacity. Was that just a gag? I thought it was due to her being magic.

Well that’s the last time I trust a decapitated head!

Why Harley Why?!
In Loving memory of the Penguin.

He was a good man that threw a party for his nephew, he’ll be miss on the show!

Ah, man. There it is. I’m sorry, @Reaganfan78, you have my condolences.