What did you think of Harley Quinn Episode 2? Let us know in the comments! 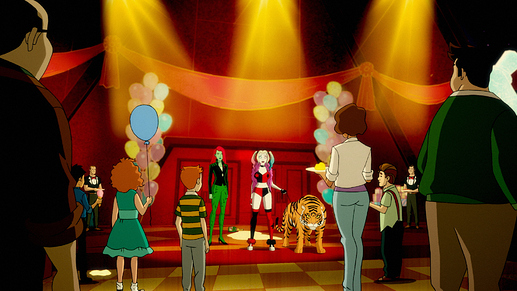 source-Harleyepisodic102NYCC1920×1080 2.14 MB
There’s no going back now- Harley’s made her way onto the scene, and not even a boy becoming a man can stop her! If you haven’t caught the second episode of the F*@#-filled Harley Quinn Animated Series, you better watch it now or you’re gonna get spoiled!

And not in the good way.

Let us know your favorite moments, favorite characters, all of it and more in the comments below!

Man, this episode was hilarious. Even funnier than the first one 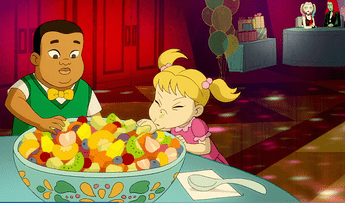 Also, hilarious joke to end off the episode 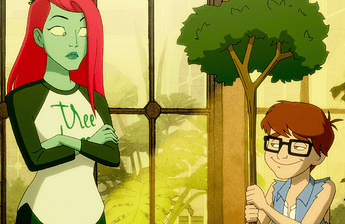 Ivy and the situations she got into was funny af

-Harley talked down a kid from killing her by making fun of him not finger banging someone- Yup. That happened lol

The portrayal of The Legion of Doom + Kite Man was funny too.

Just like last episode I thought this one had a solid story while also being funny.
Really enthused about future episodes now.

I’m fully on board

Not gonna mince words: I ■■■■■■■ loved this. Bane was definitely a highlight, but Lake Bell continues to be simply fantastic as Poison Ivy. The Ivy/Harley relationship is more exciting here than pretty much anywhere else. And the show continues to be actually funny, which is… harder than it sounds.

Loving the show! Its a nice change of pace from the more serious shows. Its also odd, yes extremely entertaining how some of these side characters have been altered. Jim Gordon, Riddler and Bane are my favourite of the bunch. Kaylee Couco doesn’t quite have that extra flare that Tara Strong brought to the role, but its the next best thing.

Overall, I cant wait for more. 1 week is too long of a wait
between episodes thoughh!!

I enjoyed this episode way more than the premiere. I’m still unsure about this show, but it does have a lot of good moments. It does feel like it’s meant to be binged rather than consumed on a weekly basis.

Love the show, all the villains have a cool personality and voice that goes with them in the show.Favorite part is when they all get into a rumble and Harley and Poison pick their opponents and kite-man is stuck with the bane .

Poison Ivy is the star so far.

My love for this show is growing even stronger by each episode! Everything was just awesome. The Legion of Doom was very funny, especially Bane and Harley and Ivy’s relationship, etc. I could go on and on and on! I also want to add that Alan Tudyk is a pretty good Joker so far and may be in my top 5 Jokers and I’m starting to get used to Katey as Harley, while not perfect, it’s still fine. But basically, another great episode and I’m very much looking forward to the next one

One thing I wanna say is I really love how we get to see the Psychiatrist side of Harley in this show. She’s been using her ability to read people to get out of trouble as much as anything else.

This show is something I didn’t know I needed until I watched it. Love all the craziness and the weird moments. Really enjoying Frank the Plant. Glad to see more awesome characters such as Bane, Kite Man, Penguin, and Two-Face in this episode. Looking forward to seeing the next episode.

I officially love this show. Bane, Kite Man, Ivy and those kids getting a dose of her love potion, hilarious. I love how they really tap into Harley’s ability as a people reader since she’s a psychiatrist. So much good stuff in this episode I liked this one more than the first.

Wow. This episode is exactly the balance I was looking for with all its elements that didn’t hit all the way when I watched the premiere. Maybe for those that felt the same we just misread it like how Kite Man misread Ivy’s intention? Or, maybe it’s just because we felt a similar rage like Joker when those pesky contractors wanted a permit for a trap door? Ha ha ha.

Either way, looking forward to what happens next in the series and hope that this momentum keeps going with each episode. Maybe Harley will also have luck in recruiting Condiment King in the future.

The fight scenes and R rating are reminding me of Injustice Harley (who’s such a good version). I’m hopeful for the series as it establishes the characters and world.

“You ruined a bar mitzvah!”
crowd loudly asserts their anger
“And crippled an improv troupe!*
crowd mumbles their indifference

Loved the previous episode, liked this one not as much. The horniness of teenage boys is among my least favorite sources of humor, so maybe that’s it.

But I did like the culmination of the Joker picking on Bane with Harley encouraging Bane to stand up to him. Kite Man even grew on me by the end like he did on Ivy.

Also, someone needs to please make a gif of Harley doing the floss! I have a teenage sister who I know will appreciate it.

Lake Bells’s deadpan is so perfect for Ivy; it just bounces off so well with every character she runs into. Also, long live Kite Man, hell yeah!

Yes I agree with you and @HubCityQuestion! If super-psychoanalysis is Harley’s power in this show, I’m so down.

I really like how they’ve utilized it so far.

This show is freaking great! I loved every minute of this episode, and the jokes with bane were sooooooo good