Harley Quin and the Birds of Prey #3 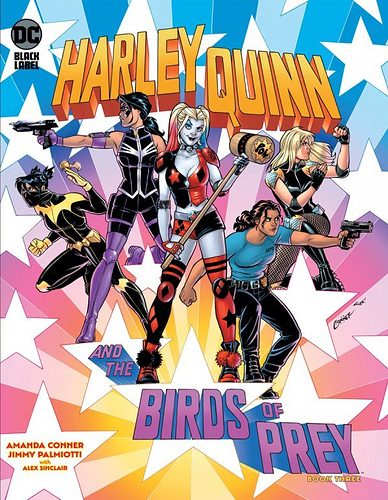 The price on Harley’s head is getting higher and higher, and more and more of Gotham City’s most dangerous villains are crawling out of the woodwork to claim it. So where the hell is Batman? And after what she’s put the Birds of Prey through in just a few hours, is Harley going to have any allies left to protect her?

Feel free to express you excitement for these books or to talk about how much you’re enjoying reading them, but please don’t begin any spoiler conversations until Saturday, 10/03/2020.

That’s an awesome comic book tie-in to that lit movie, maybe it can also show little shorts at the end of Harley, Cassandra Cain, her stuffed beaver, and her pet hyena, Bruce doing some shenanigans after stopping and killing Roman Sionis (Black Mask) and Zsasz, and even have a little sneak peek of the new Suicide Squad movie, with Margot Robbie’s Harley Quinn from the first Suicide Squad and this epic movie, Birds of Prey.