The friendship between Harley and Boomer will always be remembered. This was one of the most saddest scenes. I just wished he got more screen time at least. 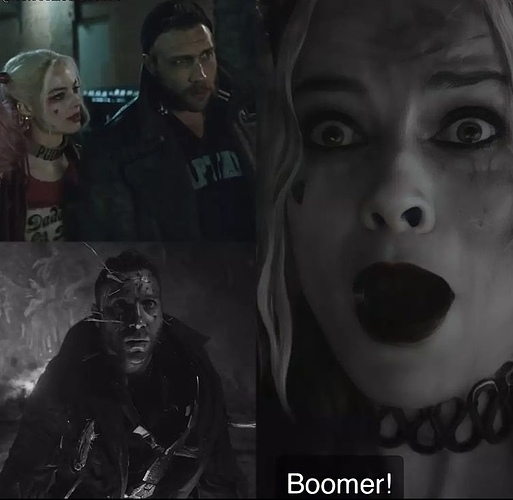 Agree - they definitely could have easily gotten more mileage out of his death.
Any added scenes with Boomerang would have also made it more difficult to deduce from the trailers who bites the dust right away.

Based from the trailers, I honestly thought Boomerang escaped some how or was just bouncing around the outskirts while everyone was fighting because the last thing I would’ve thought was James killing him off, but he totally surprised me. Speaking of how he’s such a main character in the squad from the comics, you would’ve never figured he was going to go that route but he already said “Don’t get too attached” and unfortunately I did.

It was very sweet how she cared for Boomerang and Rick Flag in this. Wish Milton got that treatment

a bit funny how Harley kept calling another team-member Milton

I just wished he got more screen time at least.