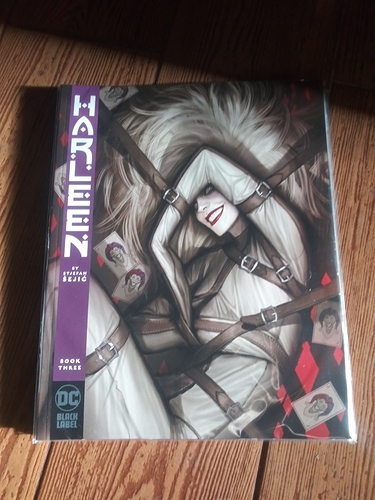 Getting mine in a few hours! Can’t wait!!

I am hooked on Black Label. Friday can’t come soon enough for me.

I wish Damned had been spread out over two or three more issues, but that book was AMAZING!!! I can’t think of anything out of Black Lanel that I haven’t been happy with.

I absolutely loved it! Sejic mentioned on his Twitter that this is actually 1/3 of the Harleen story. The thought of there being more of this has me so freaking pumped!!!

I’m hoping this is what Santa is leaving under my tree this year!

If not, I’ll grab it as a gift to myself a little later.

@RemEngel
That would be SUPER awesome!

We got a real good look at her origin here. It would WAYYY fun to get three more books of her with Joker and then another three to complete the collection with her breaking off on her own.

I’ve always loved her solo run, but I can’t express how much I enjoyed such a serious look it one of my favorite charicters!

Harleen is maybe the best comic out there right now. The first two issues were perfect. I have no doubt that #3 will amaze me when I lay my hand on it.

Such an amazing end to this story. The last page or so was legitimately haunting.

And to be clear, with what Sejic has talked about in the past, what his trilogy would be is the second part being an origin of Poison Ivy, aka “Isley,” and the third would be the two meeting up as “villains” with Harley breaking away from Joker and the two finding happiness together.

Here’s a warm up piece he did for Ivy that’s evocative of what he would do with the book: 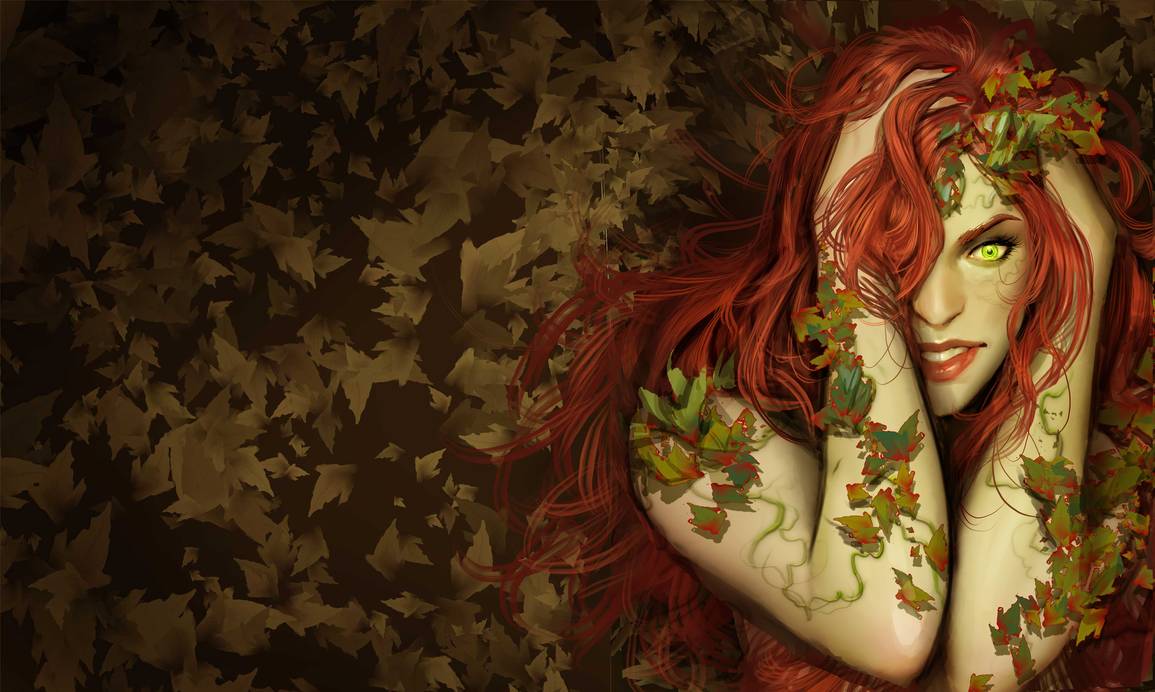 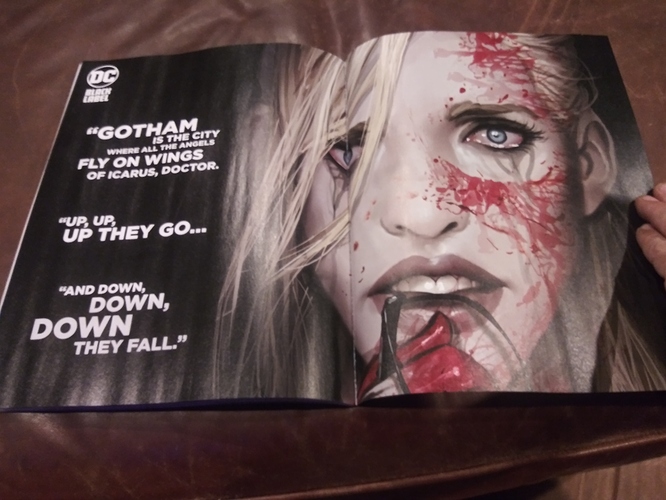 Ooh yeah that’s exactly what I was hoping he meant. This is something I’ve wanted ever since i saw his fan comics on deviantart.

This line gives me chills! The art, her expression, the depth of pain, and this amazing dialogue - it’s absolute poetry.

Great end to this great series. It made me like HQ for once. This is the last issue of the series right?

What I got from it was that after the “scandal” over her fling wirh her professor she really isolated herself. It didn’t show her having any sort of intimate relationship with anyone after that.

She just finished school and dove into work…diving into work as another way if isolating herself.

Granted, I’m a man, and have never had to deal with any sort of predator but I’ve been through times of extreme lonliness and isolation in my life. By that, I can see how, beginning with the shock (excitement, maybe?) of being held at gunpoint on the street and ending with Joker being a man…a forbidden man…to show her “kindness” and an intimate interest, she latched on to the attention he showed her and allowed him to take advantage/manipulate of her.

And remember:
Joker is SUPER smart and had access to her files. He wasn’t just able to take advantage of her lonliness, he was able to get into her head while doing so.

And two other things:

I’m not saying that anyting has happened so far would make us look at Harley as any sort of strong female role model. That’s going to come later. What we have now is the origin of a very broken charicter and a small look at how twisted and manipulative Joker is.

That’s just my take on it. If you didn’t dig it one of the greatest things about comics is that there are soooo many other books out there we’ll both love.

You read Wonder Woman: Dead Earth yet? I picked it up and will be reading it some time this week when my kids are visiting their mom for Christmas.

There are a lot of new (and re-branded Black Label) comics that are great reads. The Dreaming is a great series - and they’re only about 17 issues in. Batman Last Knight is also really good.

Harleen was great from start to finish. I am by no means a big Harley fan, but this was such a good, refreshing take on the classic “Mad Love” origin story.

The fact that they kinda flipped the script and showed that Harleen was actually a good student made her plummet to madness all the more unfortunate.

I absolutely love that! I think it’s really interesting to position Harley as someone who was brilliant and driven, with a realistic fall from grace. It’s tragic to see someone with so much potential lose her future and head down a path that you know will lead to hurt and heartbreak.

I’m really hoping we get a good redemption story out if this!

I got a little from Injustice, but I don’t feel like we really got a solid point in the story where people accept that Harley is no longer a Villain and decide to give her a chance to be a Hero.

I’m hoping that Harleen really does turn out to be nine books though.