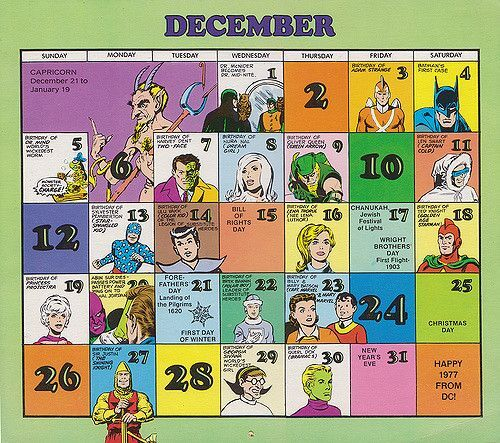 Happy Birthday, December babies! We here at DC Universe didn’t want to miss anyone’s birthday, so we decided to make a giant card for everyone born this month.

While no one compares to YOU, December babies do share their birthday month with some amazing DC folks. Read on to see who YOU share a birthday with!

Are you a December Birthday Baby? Do you have a loved one celebrating their birthday this month? Did we forget anyone on our list?

Shout it out in the comments below!

Wow Red Hood (Jason) is 15. Man makes me feel old and young at the same time​

Also Red Hood (Joker), Jason, and Red Hood all in the same month. Wow that awesome™

how they lined up.

I’ll be celebrating my birthday on the 4th. Knowing that it falls on a Friday this year, I had to do a little bit of confused math when I saw that you had Friday the 13th listed as a “holiday” this month. I think you might want to do a little ninja edit on that one. 2020 has been more than enough to handle as it is, throwing in an extra day infamous for bad luck just seems heartless and cruel at this point… Especially when we are SO CLOSE to the finish line!

Woo! Thanks for your confused math, @Alec_Holland! I’ve ninja edited that to make sure we have minimal 2020 damage for this month.

However, since your birthday falls on the 4th, I think that might bring us some of the luck we need!

My dearest one (sadly, no longer with us) was born December 21. She was so proud to be a solstice baby!

A little late but

Would it be too cliché to suggest adding Jesus to December 25th?

I share my birthday, December 16, with Lena Luthor. That’s awesome!

I share my birthday with Captain Cold on December 11!

That was a couple days ago. Your birthday is probably… cold by now!

My birthday was actually unseasonably warm at 50 degrees. However, thanks to 2020 I can’t say I did too much outside of go to work and umm, read a comic or 2.

I had some crazy birthday presents, I had Barnyard the game on Wii, Batman vs. Teenage Mutant Ninja Turtles, Teen Titans complete series and some Teen Titans Go! Seasons and episodes on DVD, Teen Titans: Trouble in Tokyo, Teen Titans Go! vs. Teen Titans, and some plushies from Teen Titans Go! and even DC Super Pets, with Krypto, Ace, BatCow, Jumpa, or Giggles and Crackers, this universe’s Joker and Harley Quinn’s hyenas, next to traditional Bud and Lou, and my favorite version of Harley’s obsession with hyenas is Bruce, from Birds of Prey: And the Fantabulous Emancipation of One Harley Quinn, I’ll be surprised, if she had another hyena next to Bruce in the new Suicide Squad movie, I think she’ll call him Clark after Superman, because she named Bruce after Batman, her former boyfriend’s archnemesis.

For my birthday, I got new flannel sheets, a blanket, Luigis Mansion 3, Fire Emblem Three Houses, Yoshis Crafted World and a book on the Walt Disney Archives talking about all the movies he did. It was an awesome birthday.

what’s the thing on the 5th?

“Memory of Dr Mind, World’s Wormiest Worm” is the best I can get. 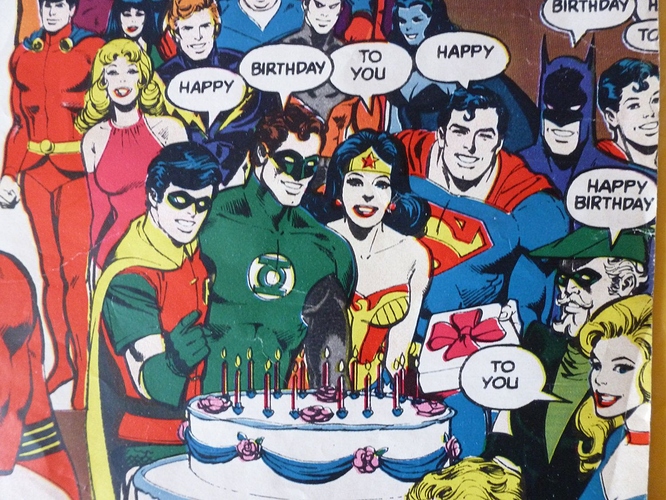 Happy belated birthday, @thatdrawingrabbit.60450, and welcome to the Community! Let us know if there’s ever anything we can help you with.