It’s so beautiful! I was shocked with how crisp and bright it was. A far cray from watching on my super heavy box tv from back in the day!

I love STAS! Like others, I caught its debut on The WB in prime time, then started watching it as it aired Sunday mornings on Kids WB.

Kenner’s toyline for the show was…pretty good, but definitely not without its share of mistakes, as well. They definitely missed figures of characters that absolutely should have been in the line (Fourth World heroes and villains, assorted DC heroes and their villains, more Superman villains than were made, etc.), but other companies have more or less come in and rectified those errors, via their own DCAU-based lines.

The HD remaster for the show is gorgeous. Warner Brothers Home Entertainment is the best in the home video industry when it comes to high-quality remastering work. Live-action, animation, classic cinema, whatever. They just NAIL IT every time, and Superman: The Animated Series is further proof of that.

My home video nerd hat is tipped to WBHE for yet another quality remaster, not just in the annals of DC entertainment, but in general.

SN: Speaking of remastered TV shows starring Superman, WBHE scored two more game-winners with their work on Super Friends and Lois & Clark: The New Adventures of Superman. They both look super and, as Lois herself said on Seinfeld, “they’re spectacular.”

Anyhow, STAS is animated magic. It and Superman: The Movie are tied as my top two favorite Superman adaptations.

STAS is phenomenal. I don’t think it gets nearly as much love as it deserves. It lays so much of the groundwork for JL/JLU.

STAS has maybe the definitive versions of Metallo and Toyman, great takes on Luthor, Brainiac, Darkseid, and Parasite, and a couple of solid new villains in Livewire and Volcana.

Finally, I have to shout out one of my all-time favorite Superman moments when Clark “sarcastically” tells Lois that he’s Superman, and she just blows it off. I forget which episode it’s in, but that scene is perfection. 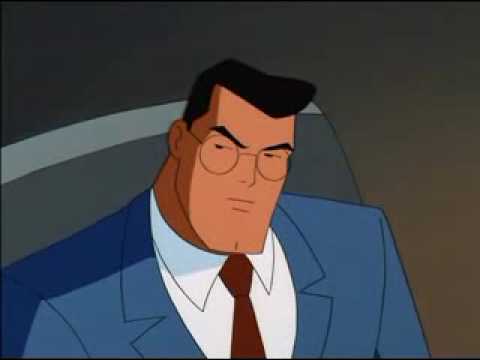 I just recently watched this.

I’m doing a rewatch of the James Bond Film Series this month (as is my custom when a new Bond Film is soon to be released) and Thursday I watched On Her Majesty’s Secret Service starring George Lazenby with Telly Savalas as Blofeld.
While I was watching their confrontation following Bond’s cover having been blown, I suddenly came to see and hear Telly Savalas as a Lex Luthor. In fact, I saw him in very much the style of Lex Luthor that we got from Bruce Timm and Company along with Clancy Brown’s voice being very similar to Savalas’ in OHMSS.

Now of course we all know the story, that when Superman the movie was first being written, there was a scene where Kojack (played also by Savalas) would make a cameo and say "Who loves ya Baby?’ to Superman. But in doing my rewatch and recognizing he similarities between Savalas as Blofeld andthe Timmverse’s Luthor, I can’t help but Picture in my Head a version of Superman where Telly Savalas played Luthor instead of Gene Hackman and how different the character would be not only with Savalas playing him but playing him as he did Ernst Stavro Blofeld. 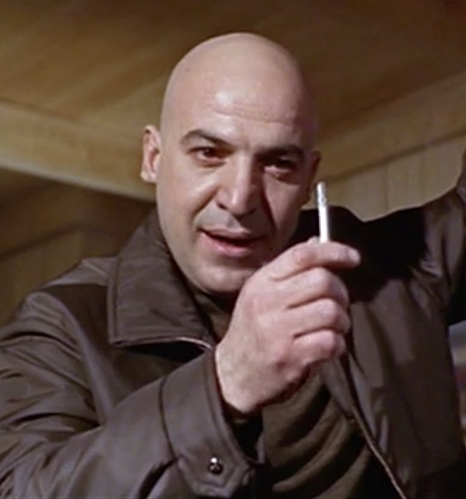 STAS is phenomenal. I don’t think it gets nearly as much love as it deserves. It lays so much of the groundwork for JL/JLU.

Agree on all points.

While BTAS began the DCAU, its STAS that truly established the DCAU as being one, cohesive universe.

Think about it. Within the show, we got the Fourth World saga, different heroes and villains from assorted franchises (Aquaman, Dr. Fate, The Flash, Green Lantern, Lobo, Sinestro, etc., etc.) and it featured Batman himself, in what is arguably the best on-screen, be it animated or live-action, team-up of Batman and Superman thus far.

Turpin also reminds me of one of my favorite exchanges between Superman and Darkseid:

Superman: “The good man that you murdered!”

Darkseid: “A pity. If I had known the death of one human would have caused you such agony, I would have killed more.”

STAS has got it goin’ on!