How many versions of Two Face appear in the 1950’s?

Hawkman and Hawkgirl returned as visiting outer space police officers in the pages of what magazine?

In the late '70’s, what writer inspired the lettercol question, “Who is…?”

What was DC’s first 12 part maxi-series?

Who was originally cast as Dr. Harleen Quinzel in the WB network’s Birds of Prey pilot?

Who did the score for Superman Returns?

What year did the New 52 start?

Much less than I thought.

How many times does the Rival appear in the Golden Age? Just once in Flash Comics #104-- the last issue!

How many versions of Two-Face appear in the 1950’s? Three! Harvey Dent, am actor named Paul Sloane, and a cheap crook named George Blake.

The Hawks became science fiction icons from Thanagar in The Brave and the Bold #34.

It was Sherilyn Fenn who played a certain Dr. Quinn in the original pilot for the WB’s Birds of Prey-- Mia Sara played Harley in the actual show.

Who did the score for Superman Returns? It was John Ottman-- with a lot of nods to the work of John Williams, of course.

What Green Lantern witnesses the destruction of Krypton?

Who isn’t a member of The Movement?

Who is Ocean Master’s half-sister in the New 52?

How many issues does the 2018 Freedom Fighters series have in it’s run?

And for how many issues did the 1976 Freedom Fighters series run?

What is the first Earth-Animal form taken by Byth in Brave and the Bold #34-- Hawkman - “Creature of a Thousand Shapes” ?

You really want to find out what you know?

Check this out later!

On July 27th, the DC Universe goes mecha with DC MECHS – a new series which reimagines the world’s greatest heroes as the pilots of giant robot suits. And what better way to recognize that with a round of trivia all about the mechanical suits and robots of DC history? That’s what we have in store for you this week on Trivia Tuesday! THE RULES: Starting at 2:00pm PST on July 5th, trivia questions will be posted by me in the comments below. One new question will be posted from the start time an…

I will defeat all the meatbags and then replace them with their robot duplicates.

I could not make it, since I had to craw my way out of that cavern my robo duplicate threw me into. He got 2nd behind my son @Detective7. I am now back and mourning the robot. He had a soul, a soul of silicon, but a soul nonetheless.

Well, let’s do some more answers!

Tomar-Re arrived too late to save Krypton! 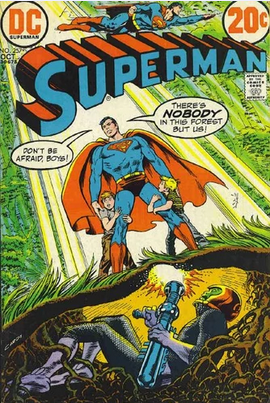 Sorry, guys, but Vengeance Moth is a member of the Movement. It’s Riot who’s actually an enemy of the New 52 Green Team.

The first Star Trek comic published by DC Comics was edited by Marv Wolfman, but written by Mike W. Barr. 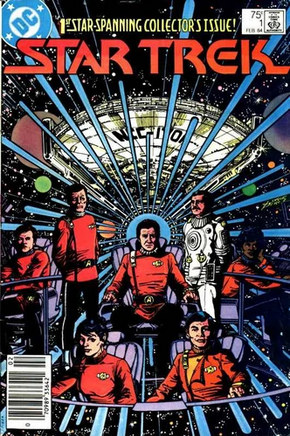 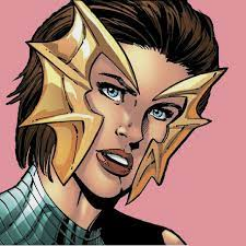 As for Byth’s first animal form on Earth (that we know of)-- well, that bear came second. 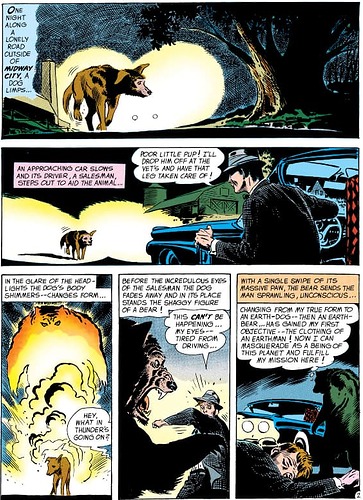 Who is NOT a friend of Kamandi, the Last Boy on Earth?

Who does Micheal Shanks play in Smallville?

What run of Teen Titans is this cover from? 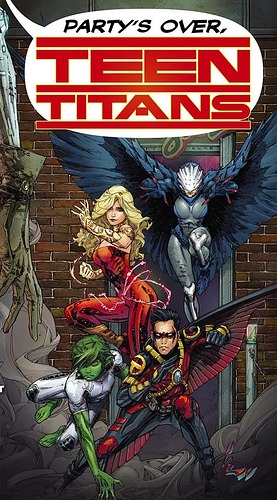 What year did Ace the Bathound first appear?

And who drew him first?

Looks like someone has taken up their Jurisdiction over trivia again…

Hey everyone! On this thread, I will post 1-3 trivia questions every day. At the end of the day the answer will be released and anyone who gets it right will get a point on the scoreboard! Have fun! Please don’t look up the answer as it defeats the point of this thread. THERE ARE SPOILERS ON THIS THREAD!!! Scoreboard Detective7 - 540 RexRebel - 507 MisfitCMJ — 485 MatthewHecht - 423 The_Detective - 242 HubCityExclamation - 196 H8ntr3ss47BG - 187 Arkhamassassin - 146 Mojaka — 144 BarEl — 13…

Well, Tuesday has come upon us once again.

If it knowledge you seek, hunt no further than here at the apropo time.

This month brings us the debut of Mark Russell and Mike Allred’s Superman: The Space Age, a tribute and send-up to classic Silver Age DC Comics. What better way to prep, then, to get reacquainted with our own library of Silver Age titles? That’s what we’re all about this week on Trivia Tuesday! THE RULES: Starting at 2:00pm PST on July 12th, trivia questions will be posted by me in the comments below. One new question will be posted from the start time and every 5 minutes afterward, until 24 …

Kamandi and Tommy Tomorrow are the same person but in different timelines, while everyone else has fought at Kamandi’s side in one timeline or another.

The party is over for the Teen Titans in volume 5

Ace the Bat Hound first appeared in Batman vol 1 #92, early in 1955. He was drawn by Sheldon Moldoff.

Brain Wave originally appeared in 1942, and that makes him first. However, for anyone assuming Brainwave referred to Henry King Jr,, The Mod Mod would be the oldest running character, having first turned fashion deadly late in 1966.

How many characters have held the title of… AQUAGIRL

Bonus! Can you name and number this classic cover? 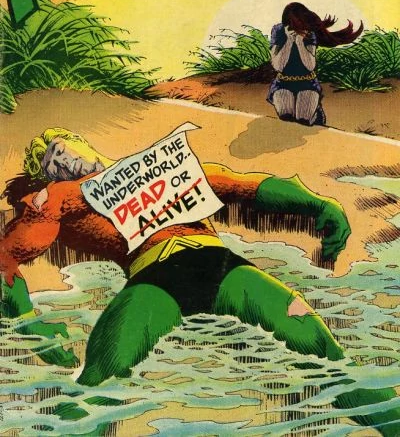 Bonus! Can you name and number this classic cover?