Wow, I am blown away I did not watch this series when it came out. It really grew on me and fit so much lore and character development into a single season. It is disappointing there isn’t any more seasons, but what did I expect from the Timmiverse… this was truly special.
Clearly season 2 was planned, the sinestro Corp awaits,… who else is dying for more?

This series had a ton of potential. Curious to see where it would have went in Season 2.

My favorite episode was the Steampunk one.

Always hoping for a revival on DC Universe.

All the characters were so good.

I was hoping DC Universe might give us a second season, but would the animation differences be too jarring? Or would they dumb down the animation to match the first season? I’m not saying the show looks bad, just that animation has drastically improved in the last 10 years.

Honestly… just so unlikely that they will. Rumors are that this service is moving away from original content, not adding more. Young Justice Season 3 was a miracle but it involved petitions and Netflix binge watch sessions by fans to affirm its popularity. While I loved the show, I do not see it getting that level of attention, especially with the live action green lantern show in the works.

But hasnt Young Justice season 4 been confirmed? Plus Titans season 3, Doom Patrol season 2.
If they were going to give us season 2 of GLAS, i could see them doing while putting out the new GL shows on HBO Max. That’s what happened with the first season. It came out around a year after the movie did.
Especially if the show is adult like Titans or Doom Patrol, they have something for the younger audience.

Trust me, I WISH that were true, however with the big DC movement to HBOmax going on and the decision to co-release Stargirl with CW and YJ season4 AND Titans AND Doom patrol with HBOmax, they are one foot out the door right now on new content exclusively at least. The Green Lantern live action and Strange Adventures going to HBOmax alone too… not a good sign.

It is still possible, but it doesn’t look like they are pushing anymore young audience stuff aside from the ones that are ongoing. Praying i am wrong.

I’m trying to watch this with my son, but he’s a little young to be interested. I recently watched a few episodes. I’ve watched it through a couple times before, but I think it was on my pc through a streaming service. The animation and sound on my newer smart tv is way better than I remember. The story is a little “young” for me to really love it. I do, however, love what happens to the anti-monitor!

I just looked at it and this is the only Non Batman/Superman related animated show on this service aside from Static Shock. DC really needs to give more of their heroes their own animated shows.

Right on. I feel you on the “young” but it was still more well thought out and paced than many of the movies even. We need to see these writer/director teams head to the big leagues.

I like the shows more than the movies. There’s a lot more time for a complex story in a series than in a movie. Plus the episodes watch like chapters in a book. You can watch it episode by episode and it’s perfectly segmented most of the time. Watching a movie in 2 or 3 sittings isn’t great.

I agree with that all the way.
I said in the Brandon Routh subject and true can be said of this show, even if it animated.
What I said was, in comic book shows you have time to develope characters. Hence why Routh was a better Atom than Superman. Though to be fair Routh played a killer Kingdom Come Superman.

In this the fleshed out Hal more and gave us more with the Corps. I’m one of the few that actually liked the Green Lantern movie, but this version of Hal is more fleshed out then what Ryan Reynolds did. Not his fault just the way it goes with movies.

Also come to think of it. Shouldnt we be wanting season 3. I know numbers wise it’s still season 2. But the first season I thought was 2 seasons in one. Season 1 - Red Lantern threat. Season 2 - Anti Moniter and Manhunter threat.
13 Episodes for each season. That’s the length of Stargirl. 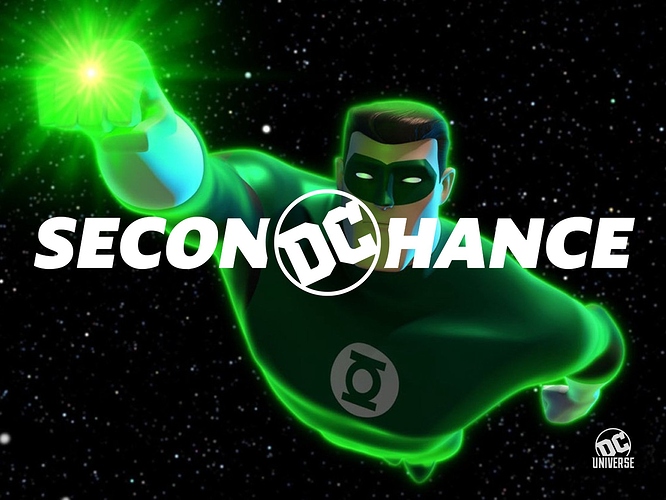 This show was amazing;y entertaining and NEEDS a second season.

Why hasn’t The Green Lantern Animated Series been renewed for a 2nd season ?! Its such an amazing show. I got hooked so quickly but sadly they don’t care enough about it to renew it i guess

Only lasted one season? It really sucks when a series gets axed so quickly… I’ve taken an interest in the Lanterns lately, so I do need to go back and watch this. I also think a problem with DC’s animated series is that they don’t do a ton of work promoting them…