In the recent Green Lantern series, issue 12.
The green lantern corp had lost their power core and as a result their rings. Leaving thousands lanterns on distant worlds unable to call for help and others dead.
John Stewart was trapped in unknown parts of space, but despite that had actually risen above this predicament and eventually with the help of the new god Lonar, was able to gain contact of a new power from Ascension and soon met a being calling itself “the source” who helped John achieve the impossible to bring back the green Lanterns and become the Emerald Knight. 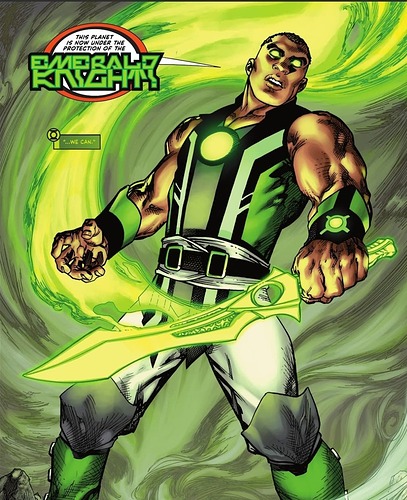 This form reminded me of Ion a Lantern like entity who personified Willpower itself. A being so powerful it was able to go against Superboy prime and when wore by Kyle Rayner, called the next generation of lanterns by the guardians. 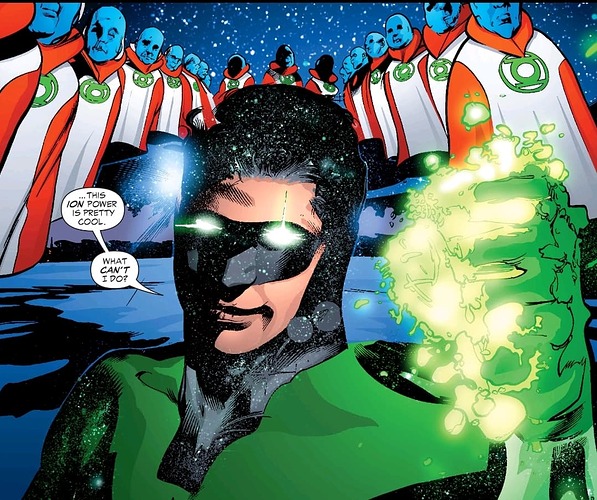 I guess the difference is how they got the power – Kyle as Ion got the power by being possessed by the Entity of Willpower, whereas the source of John’s seems to come from the New Gods mythos and being touched by the Source?

That’s just what I’m getting from here and from other threads. I’ve only been reading the book as it drops on DCUI, so I’m probably missing key details.