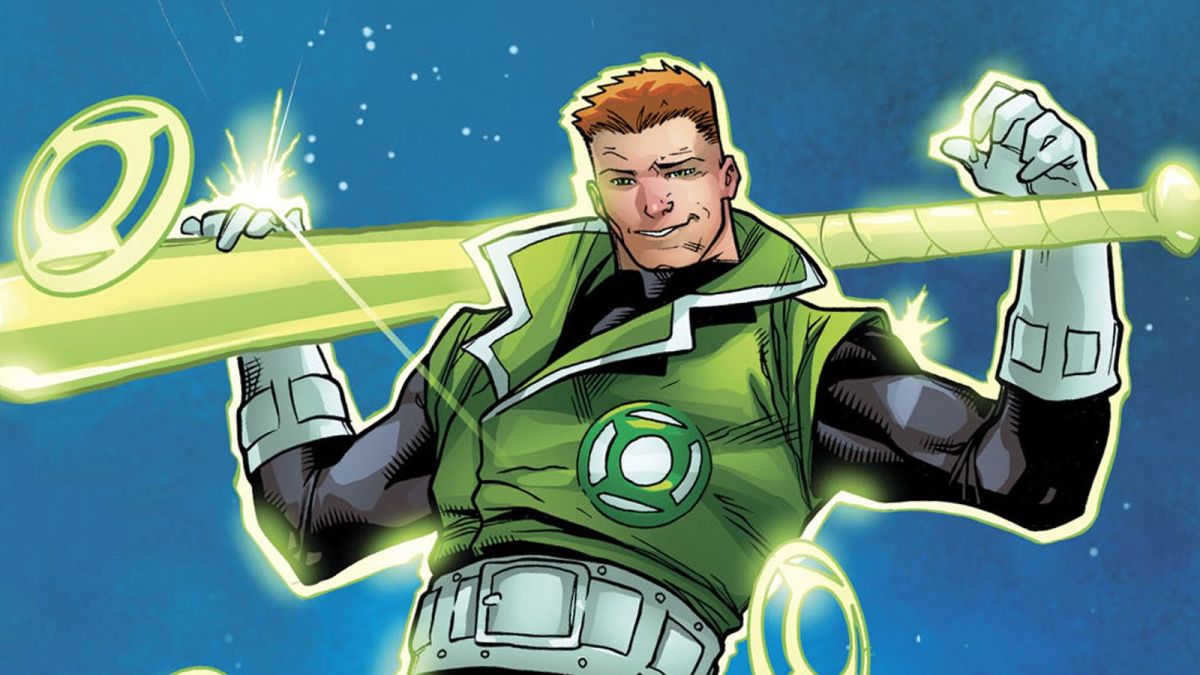 Crap, I guess now I have to actually get HBO Max.

I’m just happy they’ll be focusing on the Lanterns who aren’t Hal Jordan. Don’t get me wrong, I like Hal, but ever since the Geoff Johns’ run (which, again, I like), he’s been taking up all the oxygen in the room. It’ll be nice to see some focus on the other, also-excellent members of the Corps.

Wonder if Jessica will be the audience POV? Feels like she’d fit the best in that role…

Really looking forward to this!

I’m glad to have Guy, kinda hoped to get John in there too. Hopefully if the series is received well enough we might see more lanterns in future seasons.

The article does speculate that Hal and John’s absences might be because Warner Bros has movie-related plans for them. Maybe that’s where they’ll turn up?

WB does seem to be trying the whole Movie/TV series cross-pollination a lot more with the GCPD and Peacemaker shows also being made. Wouldn’t surprise me if they kept Hal and John for larger big-screen debuts.

If that’s the case it’d be cool to develop these Green Lanterns then have them show up in the Hal Jordan/John Stewart film. Doing more HBO tie-ins with the movies thing they’ve been doing.

This does lead me to think that they’ll avoid making this an origin-story focused series. It could be great for existing fans but I’m curious if it’ll affect newcomer’s perception.

Seems like their new, go-to strategy for streaming shows is to tie them in to the movies. Not only is their the GCPD show and the Peacemaker prequel, but supposedly we’re also getting an animated Aquaman show and a Wonder Woman prequel focused on the Amazons.

Wonder if that’s where they’re gonna end up putting Cavill, since there seem to be no plans for a sequel movie at the moment?

Not only does Kyle not make the cut, but the article can’t even spell his last name right. It makes sense though, his origin to so closely tied to Hal’s downfall which may or may not even be in continuity for this show. Maybe he’ll get a cameo in the inevitable Hal Jordan (and hopefully John Stewart) films.

Happy to see so many newer characters getting the spotlight!

Wonder if David Ramsey will be playing John Stewart so we can finally see him wield the ring!

As a Kyle fan, that bummed me out, too. On the other hand, Alan Scott! (Honestly did not expect him at all. Gonna be interesting to see how they adapt him and his origin here)

I’m guessing this and Stargirl are from completely different earths so we’ll probably get a different person playing him. Although the Stargirl version was on point

Little apprehensive about Guggenheim being part of it, I honestly think he affected Arrow for the worse, but it sounds like he’s just co-writing the pilot, so…hopefully that won’t turn out bad.

Everything else, though? Freaking dope. Very excited for this series.

These seems awesome. Wonder if it’ll be an anthology style with Escher character per episode or showing each character throughout the show leading to one big picture.
The roster is nice. Always happy to Kilowog. Wonder what they do with him. Alan is nice but will the goes hi classic cape and wood style or the new versions. Guy sounds interesting wonder if they do anything with Red. And Cruz and Simon seem like they’ll duo. Wonder if the adapt Green Lanterns(2016) for them.

Als for the others of Hal John Kyle wonder if they have them revserved if the show gets an S2 or (what seems most likely) saved for film.

Either way exited. Always enjoy seeing the lanterns get some spotlight.

Ideally I would like this to turn into an anthology series, focusing on different Lanterns each episodes, but I’m guessing they want to use the Earth Lanterns as much as possible to keep from blowing the budget on all the aliens/sci-fi elements. They’ve already said they’ll use Kilowog pretty often, but will he end up being CGI or practical? I’m guessing CGI.

Ugh, Man, I’ve been trying to tell myself not to spend the money for HBO Max, because I’m already broke as crap, but I swear HBO/DC keeps tempting me more and more. With the 3rd season of Harley Quinn, Titans, Doom Patrol, Star Girl, The Snyder Cut, and now Green Lantern.
Man, might as well just get me a big cardboard box, for when i’m broke and living on the streets.

Mixed bag, line up looks good, but I don’t think having the people behind the movie on the show is a good idea. Nor what their doing with Alan Scott.

I’m super excited to see this and glad I got my wish of getting a show that focused on not Hal/John. Hope that the movie gives them the focus though. HBO Max is forming a great DC lineup with this and Gotham Central.