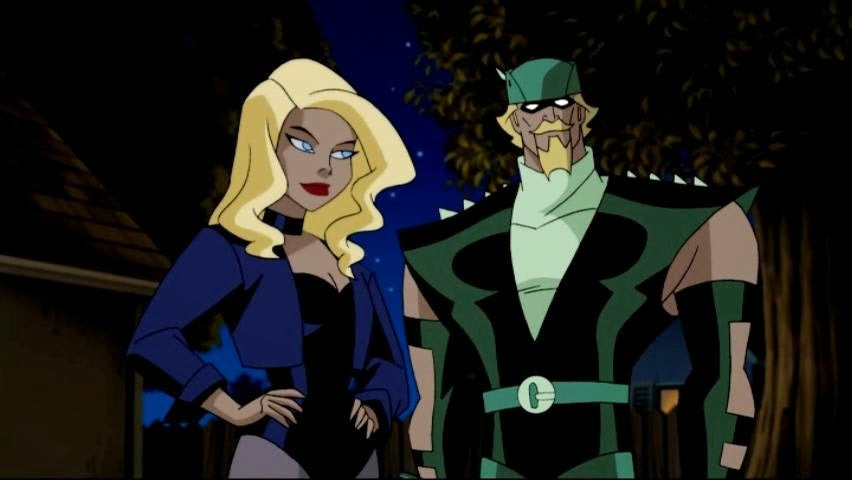 The arrows fly and the canary cries @JusticeLeagueBookClub and @DCAnimatedClub, as one of the DCU’s greatest couples kicks butt in the DCAU!

What to watch and when:

We’ll take a break between episodes so that everyone can refill their quiver, tighten their bows, grab a drink/lozenge and be at the same starting point for when Double Date begins.

How to watch: Justice League Unlimited is available on physical and digital media, while also streaming on HBO Max. However you choose to aim your arrow and scream for joy, please be on-time for Ollie and Dinah’s night out.

, and at the above date and time.

That’s all there is to it, arrow-slingers and canary criers! I look forward to seeing you on Monday, July 18th as we ride and watch along with Green Arrow and Black Canary!

Also: If you’d like to celebrate 15 years since Green Arrow and Black Canary’s wedding, be sure to check this high-flying adventure out:

[image] Time sure flies doesn’t it, @JusticeLeagueBookClub. One moment, the Emerald Archer and Sonic Siren are doing their own thing and the next, they’re getting hitched in 2007!

), check out the lead-up to their wedding in the Green Arrow and Black Canary: Wedding Special one-shot and their initial adventure as newlywe…

Sure, whatever floats your quiver and makes you sing with joy, ala a canary! 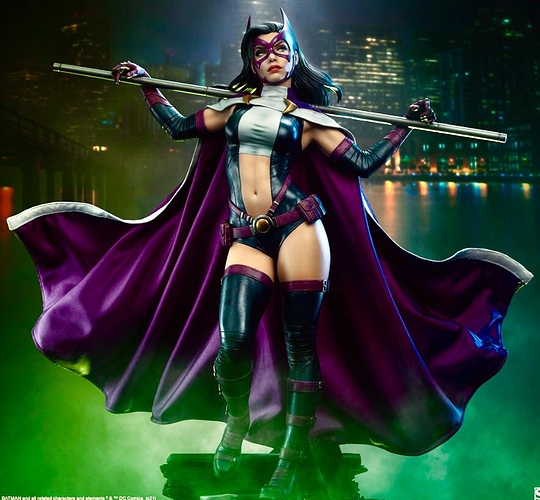 That’d be this little lady.

That works, as Huntress is a featured player in this WAL. 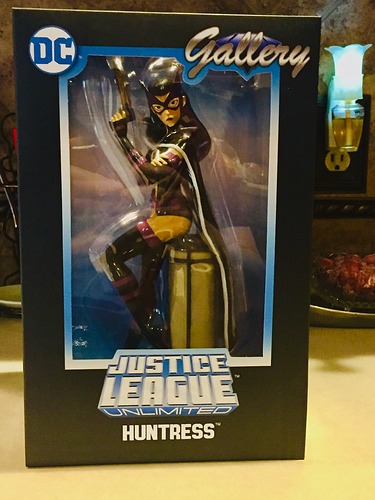 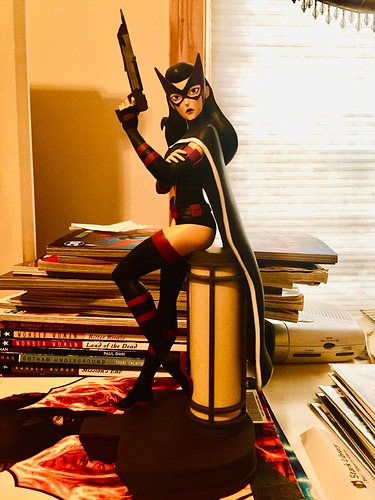 Such a beautiful Helena!

I may have interesting things to say about a certain Batgirl, then…

Ty. I need to filter all my stuff…I’ve been saying it forever… I did finally get some albums made. So I don’t have to search through 5,000 + little squares lol.

Sadly, I am busy that night 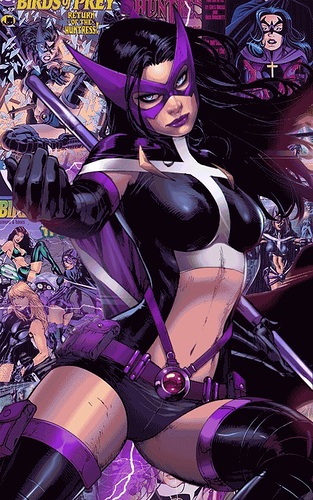 Sadly, I am busy that night

What days (and times) would be good for you, BTW?

Asking as I’ve got assorted WALs brewing for the JLBC (including a few that feature Bat-characters). Plus, @Bar-El and I have WAL schtuff coming for our clubs in the months ahead.

You’d be welcome at any of them you have the time for and interest in.

…and yes, you can bring deviled eggs. Just…keep 'em away from the Chex Mix.

Speaking of Huntress, I dug how Amy Acker played her on JLU, with Ms. Bertinelli being among my fav roles of Ms. Acker, along with Fred/Ilyria from Angel.

I hope you can attend, @capo-mage. Given your proclivity for Huntress, your attendance is practically mandatory.

I should be able to make it.

I’d say Mondays, Saturdays, and Sundays are generally best for me, but I just happen to have company for dinner on the 18th.

It’s well, originally I typed one of, but, it’s gotta be The best, as far as animation Huntress; quality & quantity. Brave & Bold one’s awesome. Just not as prevalent. She gets so many solo, or main character episodes in JLI, it’s the best!!! imho of course. I’ll try to make it. You’re right, it is basically mandatory…

I should be able to make it.

Hey alright, we’ll have a Warlord in the mix! Nice!

Look forward to seeing you, Trav.

I just happen to have company for dinner on the 18th.

I’ll try to make it. You’re right, it is basically mandatory…

Huntress is your fav lady, so you have to be a gentleman and do it for her, after all.

While we’re on the topic of the JLU iterations of Green Arrow and Black Canary…and Huntress, let’s look at these: 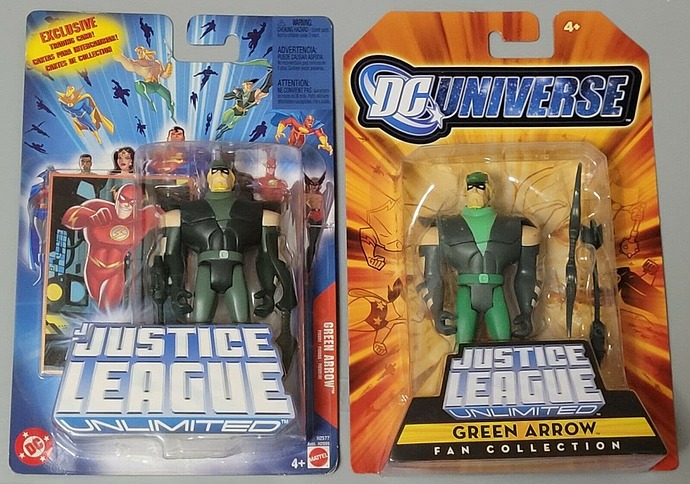 A three-pack of Dinah, Clark and Ollie (and a Target exclusive, if memory serves). 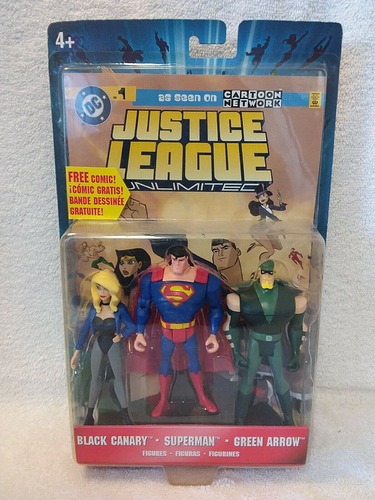 A subsequent three-pack with BC, and from 2007. 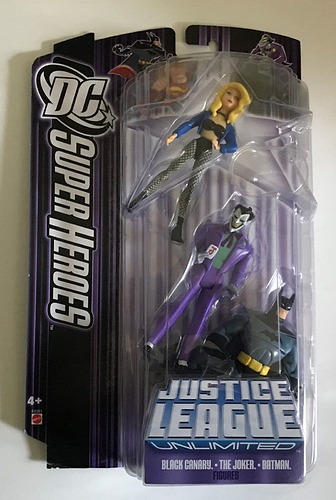 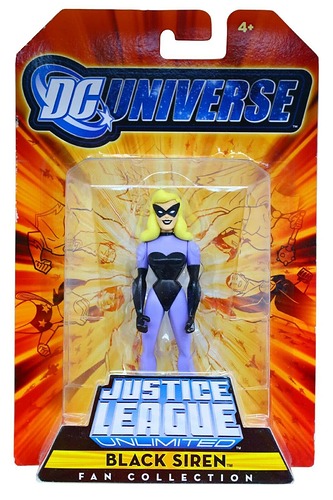 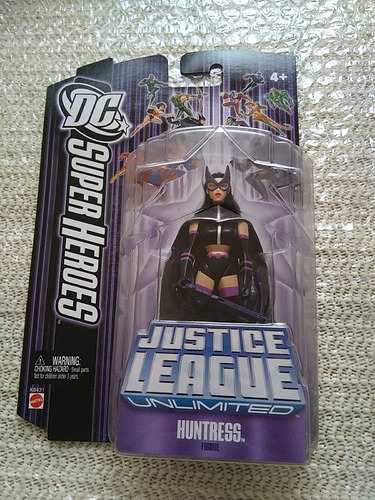 I have so many times lol. That Huntress & Canary have eluded me forever. Could’ve had Canary once at a low price. Didn’t pull the trigger. Skyrocketed on me. Huntress one never dips. Someday I’ll bite the bullet.