I don’t know the issue number exactly due to the way the TPB is structured but the Clayface story and the next one with Superman allude to something happening to Damian. Naturally, this is not explained because…uh… 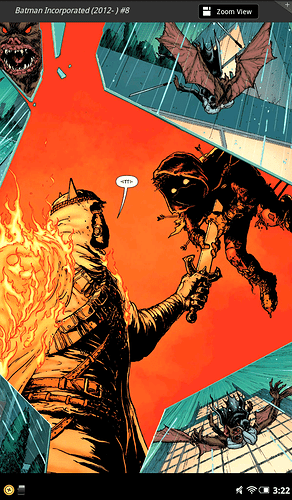 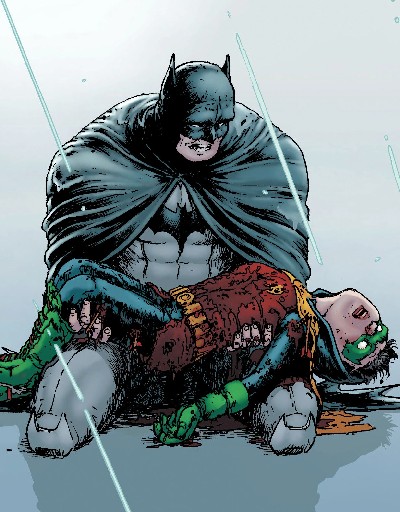 So, Tali took over the League and created a clone of Damian. Fights insued, but Damian was killed by himself (Batman Incorporated 2012). Batman was so stricken with grief at the death of his son, that he went to Apocolypse to try and bring Damian back from the dead. For that story, check out Batman and Robin (2011- 2015) by Tomasi and Gleason

So, Tali took over the League

Hey, Tali’Zorah nar Rayya would NEVER do such a thing!

Dang, I never realized that It typed that wrong. I guess I’m too excited for the remaster coming in May (I absolutely love Mass Effect and Tali is my favorite character)

Huh. You’d think they’d include such an important event in the trade. Based on just the issues in Graveyard shift Bruce seems like he’s at most mildly depressed, as opposed to becoming completely self-destructive in the wake of Jason’s death.

It is a bit weird. It could be that way because Jason sort of lived in the New 52 continuity and now Damian was the only robin to die? I’m not sure but It could be something like that.

You’d think they’d include such an important event in the trade.

They’d prefer that you buy the Batman Incorporated trades.

This isn’t the first dance I’ve had with that idea, and it may have been you that told me Joker getting un-faced was in a different comic. At least they’ve improved a bit from book 3 to book 6. Death of the Family gives no indication of just what’s going on with that, while Graveyard Shift has the courtesy to mention what happened in Batman Incorporated. On a single, easily skippable page but there was an attempt.

Although if I read it at all, it was months ago before I took my extended break from Snyder. I’ve expressed fondness in the past for the little text boxes that tell you what issue something referenced happened in; unfortunately there’s no “See Batman Inc #x for more!” In the book itself there’s not even one of the advertisement pages at the back of the book that could advertise Batman Inc or Detective; I feel they shot themselves in the foot in regards to more casual readers in this sense. I know they’d rather me buy the other trade, but I have to know it exists to buy it!

I’d say that the “Graveyard Shift” volume is one of the worst volumes in the series anyway. It’s more a grab bag of single issues than it is a coherent narrative, and it’s easily skippable. It’s still not as bad as Volume 10, though. That one was a scam.

I do appreciate that most of them are single, self-contained stories. Taking a break from the Return of Superman (which I’m actually enjoying, I just want to pace myself a bit) and it’s kind of nice just to have single stories that aren’t part of a big arc. I find most of Scott Snyder’s Batman to be kind of a slog to get through, but bite-sized stuff like this is a bit more manageable to me.

If nothing else, I thought the Clayface story was enjoyable.