Hello, all! On their Substack, Grant Morrison has been annotating Superman and the Authority which was my favorite series of last year. Parts 1 and 2 cover how Grant was approached to write the project and how it was linked to Dan DiDio’s plans for 5G (RIP- and I do mean that since I believe 5G had potential). Part 3 covers issue #1 and Part 4 covers issue #2.

I’ve found it really engaging as Grant goes into things like how they imagined the team as an updated version of Doc Savage and His Amazing Crew. 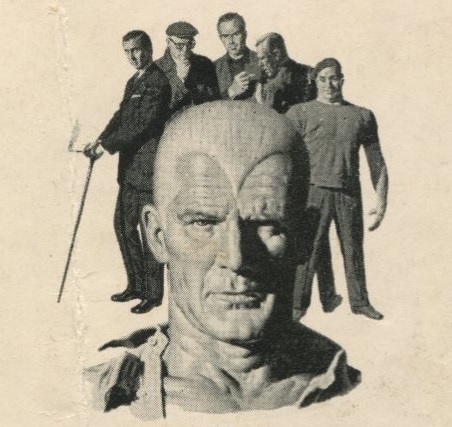 It’s definitely worth the read, if you have the time!

He wanted Supergirl to be that as well

Morrison thought that to be “imaginatively lazy.”

I didn’t get ANY of the Easter Eggs

I thought it was an
Elseworld Story
Not part of Canon

Grant always had an interesting way with his take on heros

I thought it was an
Elseworld Story
Not part of Canon

To be honest, I wasn’t sure about this either. I didn’t think it was Elseworlds, but was confused by the Kennedy scene. I thought maybe Morrison Hypertimed it, or just refused to revise it after the 5G plans were cancelled. However, Superman does actually tell you why in issue #1:

IT IS CANON! It’s not a big moment, but it’s there. I do love that Morrison isn’t obvious with their explanations, but sometimes that even gets me.

Also, I love Doc Savage. I buy every book I can at second-hand bookstores. And I’m glad (and not surprised) that Grant didn’t go for fascist Superman/Supergirl because IT IS imaginatively lazy. Though, I do think that DiDio was threatening Grant with that characterization IF they didn’t take the job (he knew Morrison wouldn’t stand for it).

Thanks for the link!

I honestly always find their commentaries on their work more interesting than their comics.

Ah, thanks! I forgot.