Finally beat the game it was awesome™

. (All as red hood. Definitely have to try it as the others and of course some collectibles and upgrades to finish up)

The story was pretty cool. Enjoyed the mystery and twist. Really cool incorporation if the Kanes. The court was cool with the talon variants and such. The Shadows twist with Talia was cool. Thought it was going to be Ra’s controlling the court the whole time but Jacob was a nice surprise and Talia double crossing all was a cool twist too. Bruce coming back to fight at the end as I suspected but I thought he’d be a talon so interesting with the pit return. Really like the family moments. Always enjoy seeing that.

The gameplay was fun. Definitely enjoyed going shoot crazy with Jason. Definitely going to be something I have to adjust to while playing the others

. But the traversal is good and the crimes aren’t bad. A bit repetitive but overall enjoyable. The villain crimes were great. All cool stories fir the three but liked the fun film crazy Clayface a lot.

My only gripe is that there’s only one save file. It seems odd to have four different story perspectives but only have one save mode available. But besides that really liked everything else.

I would give it an 8.769, mostly because I think most of the work went into making the story, everything else feels like it was rushed. You can see that some times for Robin (If he is wearing a cape) it clips through his hair (or mask) when jumping off a building or when you fall from moving slideways

Also went photo mode crazy so here’s some of my red hood photos.

Yeah wanted to use those for first playthrough. Plan on mixing it up more with new game plus.

Sorry I forgot to post my suit and batcycle setups

Also forgot the Living La Vita Loca caught me off guard at first. But has been stuck in my since I heard the credits

Is Gotham knights worth about $30? Fanatical has it on sale.

Gotham Knights comic 4 is out. Don’t forget to claim your reward 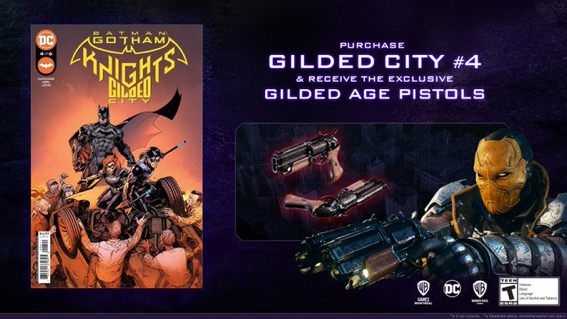