Same and from what I was reading on the game before I purchased it, each character has their own view of things so all the cutscenes would be the same but from the perspective of the character your playing as so you can easily play this game through 4 times easily. If it works the link to the article is here. 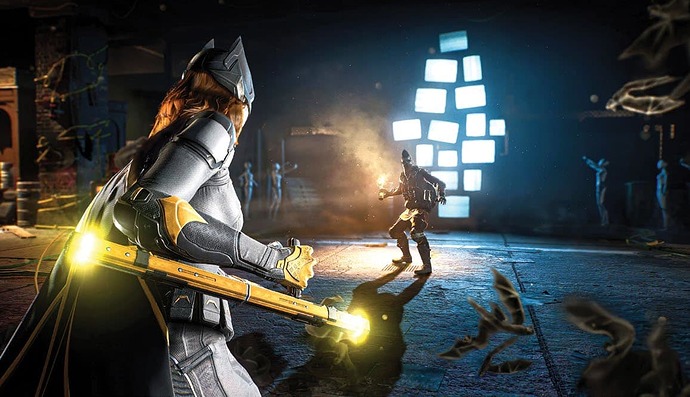 Gotham Knights: Players Won't See Everything in a Single Playthrough Due to...

Gotham Knights players won't see everything in just one playthrough, as each hero has a different perspective according to WB Games Montreal.

I’m really enjoying my time with this game! Robin is a lot of fun and the characters all feel so different from one another with their own styles and progression trees. Definitely meant for a fun co-op experience imo cause it just shines when another member of the Batfamily is coordinating with you to take out goons.

Since I don’t have any sort of console lol, I decided to watch the story online and its pretty cool in my opinion. I like it. Too bad I’m just not able to play

Its also for PC

Would you prefer Damian?

I was thinking Carrie Kelly, much more inspired choice and she wouldn’t it be too hard to work in.

We will be seeing her in the Gotham Knights CW show, which makes me wonder if someone wished she would be in something outside of comics to a monkey’s paw.

My brother bought gotham knights on the ps5 so I used our alt account to play for a few hours, I played as Batgirl the whole time and the game is okay, I feel like everything in the game besides the character and costume design is decent but could be better but it’s a pretty enjoyable time, of course I’ve only played the game for a few hours so I don’t know if some of the games issues will start to wear down on me.

We will be seeing her in the Gotham Knights CW show

Of all the things my favorite Robin could’ve appeared in.

Haven’t gotten the game yet but Does anyone else hope for a Stephanie and Cassandra DLC? Maybe also add in batwing or Azrael.

That would be super dope

It’s honestly not as a bad as the reviews make it out to be. I think people were expecting something akin to the Arkham series of games, and it’s certainly not trying to be that. My only gripe with the game is it being locked at 30fps and the UI could use an overhaul.

Welcome to the DC Community @Hijinks

Yeah the 30 fps really bugs me, hopefully whatever bad optimization is keeping it capped there Will be fixed and they’ll bring it back up to 60, also in the accessibility settings you can make the hud smaller which improved the experience for me a little bit, still not too good of a UI but at least it makes it not so in your face.

Also welcome to the Community I dig your username.