Gotham "I Am Bane" Discussion

What did everyone think about Gotham’s newest episode? Was it what you hoped? What did you like, dislike, and everything in between. Did it meet your expectations? Feel Free to spoil away! 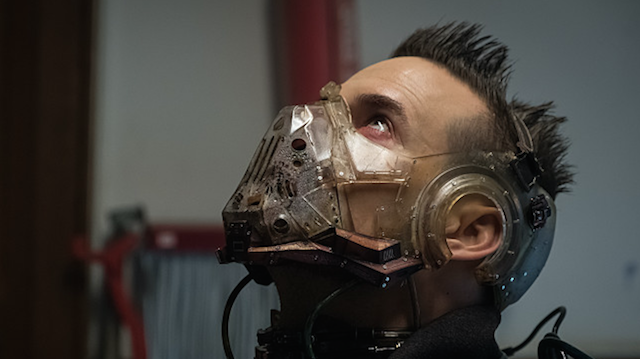 There is a similar thread to this in the" TV, Film & Games" section but I’ll just share the same thoughts.

I think Gotham’s Bane is superior to that of The Dark Knight Rises’version of Bane. Shane West is a good actor but what makes me appreciate it even more is that he doesn’t have Tom Hardy’s annoying accent.

The way West’s Bane moves and fights is more Bane-like than Hardy’s Bane as well. West’s Bane is like a version of Bane that would be birthed from George Lucas and Tim Burton but at least he’s injected with Venom as opposed to Hardy’s Bane which mask only acted as a nerve pain-disabling kit.

In other words, this Bane is more interesting to me than the most popular cinema overrated version of Bane.

I didn’t like that Bane has once again been turned into both Darth Vader and a weapon for one of Ra’s al Ghul’s daughters in her quest to avenge her father. Maybe one of these days some TV show or movie will finally get live action Bane right.

I thought the scenes with Penguin, Riddler, and Babs were the best parts of the episode.

I was also shocked to see what happened to Alfred, but I suppose they couldn’t have a Bane story without a reference to him breaking The Bat. I guess I just expected it to happen to Jim instead.

In his interview weeks ago, he stated he would break a “certain young man’s” back but that it wouldn’t be Bruce’s or Jim’s. I thought it was going to be the Penguin because we already know that he will be deformed or fat by season’s end.

Unfortunately, I don’t think we’ll ever get the proper live-action luchador organized leader Bane and that’s thanks to the horrible Christopher Nolan, just like we’ll probably never get a proper Joker again due to the same reason.

The closest thing we got is Batman & Robin’s Bane which wasn’t a bad Bane, just dumb due to over-doing Venom which is true to the comic at that time anyway, iirc.

So good!
I was bummed out with the last 2 eps. unneeded filler.

I hope they make an “in the future” episode at the end of the series so we get to see Bruce as Batman and the new kid become something much better than her mother.

@Coville there will be a time jump in this season that will go ten years later.

Just watched an interview with Shane West, the actor for Bane.

When asked “Do you think fans will be satisfied with the ending to the season?”

He said the season finale will go to the future and show where everyone is and that he thinks it will satisfy fans of Batman and the villains. Penguin will have a body-suit on to simulate weight, I expect a hunchback of norte-dame or Igor look.

I’m hoping they show a glimpse of Barbara Gordon standing by Jim while he turns the Bat-Signal on top of the roof at the GCPD and Batman gets there all Dark Knight like.

Hmmm…
I wonder, after Gotham wraps up, will they give us a new Batman show where he is grown up?