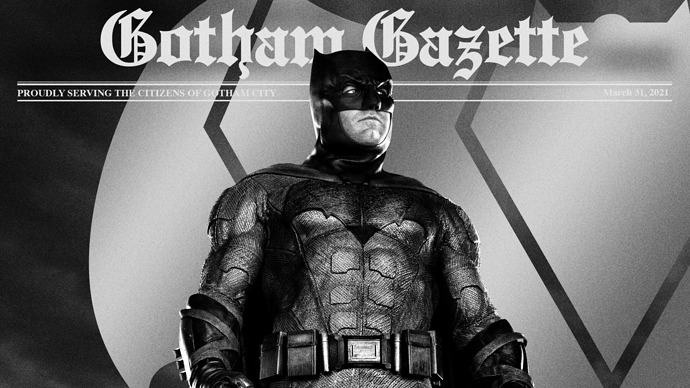 Gotham City is a busy place, with a lot going down each and every week. In this monthly column, Joshua Lapin-Bertone helps you stay on top of it all by letting you know what you should be paying attention to within the Bat-Family…and why.

If you don’t like Ben Affleck as Batman, Lapin-Bertone challenges you to read this article. It may change your perspective and give you a new appreciation for Affleck’s take on the Dark Knight. By now, most DC movie fans have seen Zack Snyder’s Justice League. It premiered over a week ago, and it’s still dominating conversations across fandom. Snyder’s director’s cut of the 2017 movie has given us another installment in the Dark Knight’s cinematic saga, which has given me plenty to reflect on.

Read all about it in the latest installment of the Gotham Gazette on dccomics.com!

Do you agree with this take on Affleck’s Batman? Tell us why or why not in the comments below!

Challenge accepted, but will never be a fan of Ben Affleck’s Batman due to Hollywoodland film. Unless somebody prove to me if he’s both a fan of Superman & Batman, I’ll accept.

Nice article and read. He’s definitely been my favorite of the live action Batmen (I do like them all though) and looking forward to seeing more hopefully in flash and to see what Pattinson brings to the table.

My favorite Batman. Didn’t need this article to tell me that, but appreciate it nonetheless. 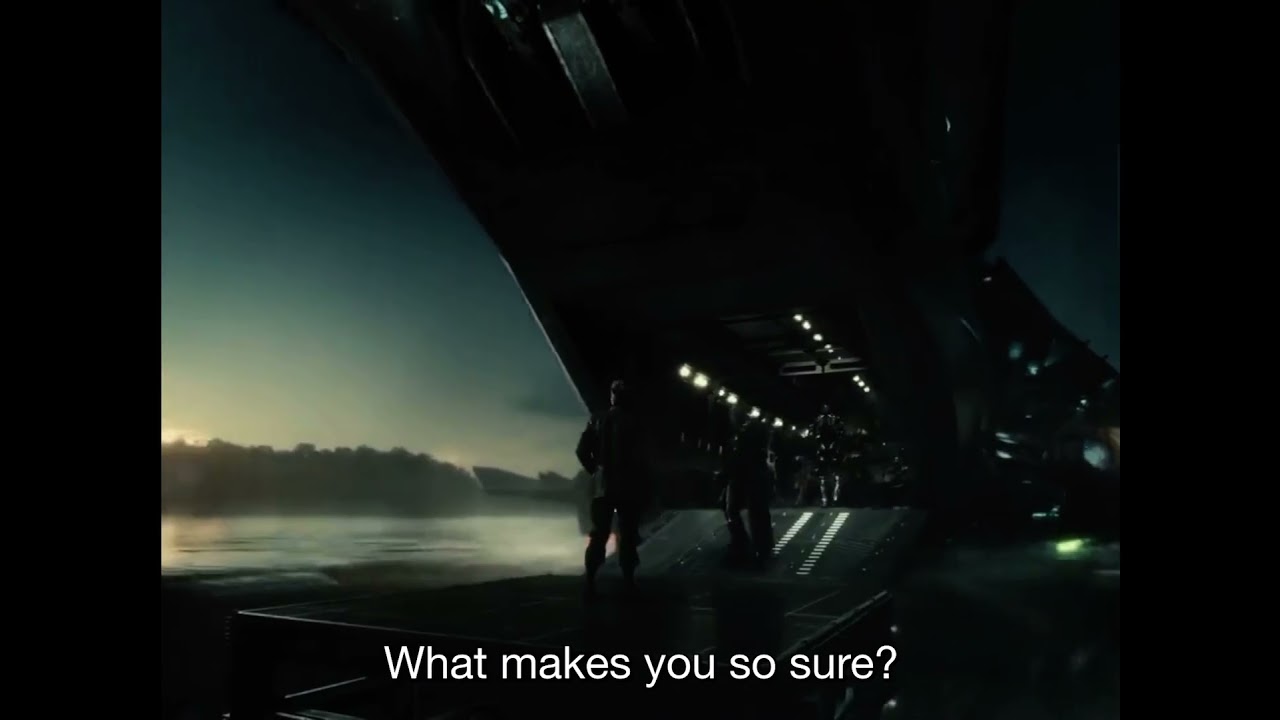 And as is often the case, @JoshuaLapinBertone and I seem to be on the same wavelength.

My biggest issue with is casting is ‘too old’

I actually really like Ben Affleck as Batman. A lot of movies have Batman’s origins or him in the first few years as a superhero. I think Affleck’s portrayal is a really good representation of a Batman who has been hardened by years of trying to clean up Gotham with nothing but death and scars to show for it, and yet he keeps trying. My only disagreement with this version is branding criminals like he did in BvS.

Despite the Snyderverse not being my cup of tea, I think Affleck stands as a solid choice for the role. He was definitely a highlight of those films for me (and I say this as someone who wasn’t all that interested when his casting was initially announced).

I think he carried the role well. He definitely has the appearance of charm and suave for Bruce Wayne, while also being intimidating under the cowl. On top of that, I’m pretty sure he initially took the role for his kids, which I just think is sweet and will always support (especially given how much of a mental toll it feels like the role has put on him). Wishing him the best in his future endeavors.

My only disagreement with this version is branding criminals like he did in BvS.

In all fairness, Alfred and Clark have a serious problem with that, too.

My biggest issue with is casting is ‘too old’

That was my initial feeling too, though I was always on board for Batfleck, back as far as Daredevil. That movie sucked, but he wasn’t the problem with that film. He could work as Matt Murdock. So the next logical leap, if he can play Daredevil, could he be Batman? The answer yes.

Then, once you hear the direction Snyder was going, you understood why an older Batman. Robert Pattison may be good. I’m looking forward to seeing, but he wouldn’t have been right for The Batman of Snyder’s-verse. He’s too young.

And, my well document issues with Snyder aside, I give the guy mad props, because his Batman, is the only Batman, that looks like Bats. The way I’ve always wanted to see him. A costume that looks more functional and not all plastic armor. It’s trying to seem like fabric of some sort.

The fact that he’s swinging all the time. I love that! No other film has done that, like the comics, it’s how Batman flies through the city. Web-slinging before it was a thing. And BvS has issues too, but that Batman scene saving Martha, is Amazing! It’s Batman as I live and Breath. One last thing, thank you Snyder for giving Bats a voice modulator, so actors don’t have to do cheesy Bat-voices -CB. All these things should be in Batman films from now on.

Bringing it around, Affleck was the perfect embodiment of this version of Batman. He nailed the physicality of Batman and the subtlety of Bruce Wayne, and shows growth as a middle aged Batman. I wish we could see the Justice League on screen together again.

I’ll cosign on this.

I was/am a HUGE fan of the Batman Arkham video games, and I felt like his action sequences in the Snyderverse were true to form to that kind of action in the games, as well as enjoying his approach to the character. So I was all kinds of bought in for Batfleck.

Is it wrong that I wish this article had a TLDR???

(Too Long, Didn’t Read. Essentially a cliffnotes for the conversation)

If a person never read it how could they do cliffnotes?

What sense would that make?