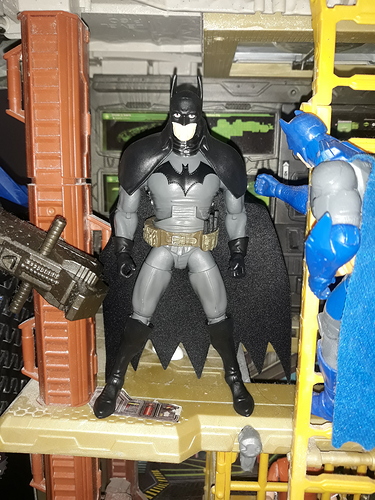 Damn, that’s a good get for that price! Kinda feels like his eyes are staring at me no matter where I go, though, that’s…disconcerting. Maybe not sleep in the same room with this action figure!

…and in the playset from the Justice League movie line alongside a Batman Missions Batman, no less. Cool stuff!

I’ve seen the Rebirth Wonder Woman at Ross, but none of the others from the Lex Luthor C&C wave yet. For $6.99, I could go for a Vixen to keep boxed.

Thank you sir! Yeah like 3 Ray’s left. I got the 4th. Or the 1st. I dont understand time or numbers.

Those are just 2 of many. So…many…eyes.