I like Animating and I do it all the time, decided to take a break from my usual stuff and did a quick recreation of that one weird scene from Final Crisis. Kinda wanted it to look like it was adapted into a movie. Not my best work and its not exact, but I do want to do more of these in the future. maybe even animate a whole scene if I have time. “17” 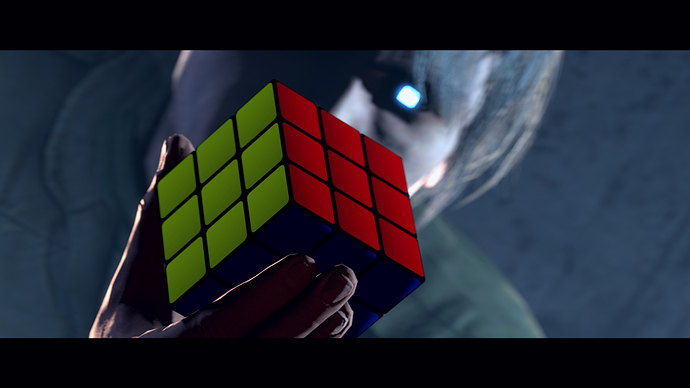 Is this a still from an animation?

Yeah, It’s just him lifting up the Rubix cube. I did it quick and stuff, so its nothing special. So for now its just a still

Ah, ok, that’s pretty cool. The whole idea of animation is so amazing to me! Hope to see the actual animation one day!

Fun fact: Morrison made “17” God’s Number because until 1995, it was said that 18 was the minimum number of moves needed to solve a purely randomized Rubik’s Cube. Later, it was proven that some configurations couldn’t be solved in under 20 moves, but Morrison didn’t know that at the time.