Glaring Continuity Issue with Justice League Vs The Fatal Five

Basically the entire movie takes place after the events of Justice League Unlimited the same universe as JLU, but neglects the fact that the League is aware of the Legion of Super Heroes. In the JLU episode “Far From Home,” Supergirl, Green Arrow, and GL John Stewart were sent into the future and assisted the Legion in defeating the Fatal Five. After their adventure, Supergirl stayed in the future. Not once in the movie do they mention knowledge of the Fatal Five, the Legion, or Supergirl and her whereabouts. That’s a pretty big suspension of belief Eric Carrasco is asking of viewers and just goes to show how lazy his writing was for this movie.

Also they just kinda shoehorned Miss Martian in and she just feels super out of place. 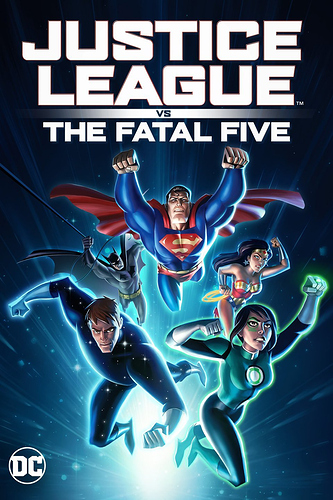 I don’t know. A lack of verbal acknowledgment doesn’t necessarily mean it never happened. The main Legion era players here were Star Boy and the Fatal Five, who were never in the DCAU before. Why would they assume anyone who claimed to be 1,000 years from the future actually was? It would be a different story if it were, say, Saturn Girl.

Do we know that that this is post-JLU universe? I assumed it wasn’t due to what you mention above.

@hubcityquestion as noted above, the Fatal Five were featured in the JLU episode which also featured the legion. In fact, Braniac 5 wore the same uniform in both the movie and the episode.

@coville In the sneak peak they mentioned they wanted to use the original three from the JL series and then also wanted to feature Mr Terrific more in the movie beyond what they featured in the show.

The only problem with Miss Martian is that she density shifted or phased other people to save them and that is something she (nor Martian Manhunter) can do.

Unless that has already been discussed?

Just tell people that the DCAU version of Superbly Prime punched a wall.

I think Bruce Tim has said that the movie just uses the art style of the DCAU, and doesn’t actually take place in it. Either way, I’m not a stickler for continuity so long as I’m given a good story.

Ugh. something she canNOT do. it didn’t kill the movie for me (but my blatant typo might).

I also thought Miss Martian was just fan-service. Having her in the story didn’t do anything. She could have completely disappeared (pun intended), and nobody would have noticed.