Get Ready to Enter This Summer's Virtual DC FanDome! 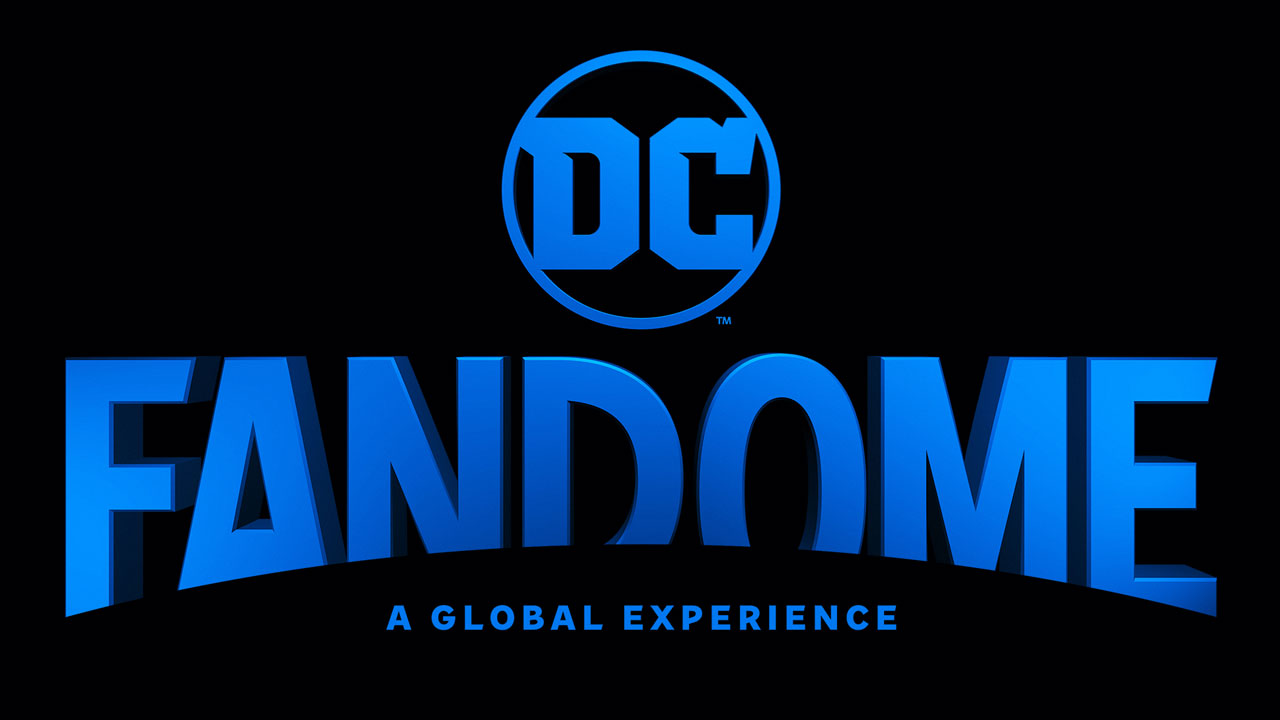 If you’re disappointed there won’t be any comic cons to attend this summer, then take heart – your old pals at DC are putting together a virtual convention experience unlike any other. Prepare to enter the DC FanDome!

A free, no-badge-required, 24-hour immersive virtual fan experience, the DC FanDome will feature the stars, filmmakers, and creators of DC’s most popular movies, TV shows, and comic books for the largest gathering of talent, announcements and content reveals in DC history! The fun starts on Saturday, August 22nd at 10 a.m. PDT on DCFanDome.com, when fans across the globe will be immersed in the DC Multiverse, and be the first to hear announcements from WB Games, Film, and TV, as well as DC Comics. Get ready to hear from the casts and creators of Aquaman, The Batman, Batwoman, Black Adam, Black Lightning, DC Super Hero Girls, DC’s Legends of Tomorrow, DC’s Stargirl, Doom Patrol, The Flash, Harley Quinn, the SnyderCut of Justice League, Lucifer, Pennyworth, SHAZAM!, The Suicide Squad, Supergirl, Superman & Lois, Teen Titans GO!, Titans, Watchmen, Young Justice: Outsiders, and this fall’s hotly anticipated Wonder Woman 1984.

Attendees will get the latest news and exclusive footage, and explore themed worlds designed for everyone from movie and TV superfans to gamers and readers to families and kids. There will be special presentations to engage fans in every time zone on Earth. Inside this virtual world, fans will also get access to localized events, featuring the faces and voices from countries around the world in their local language. So no matter where you live, your age or your level of fandom, there’s something for you.

Here are the official deets, as well as an illustrated map… 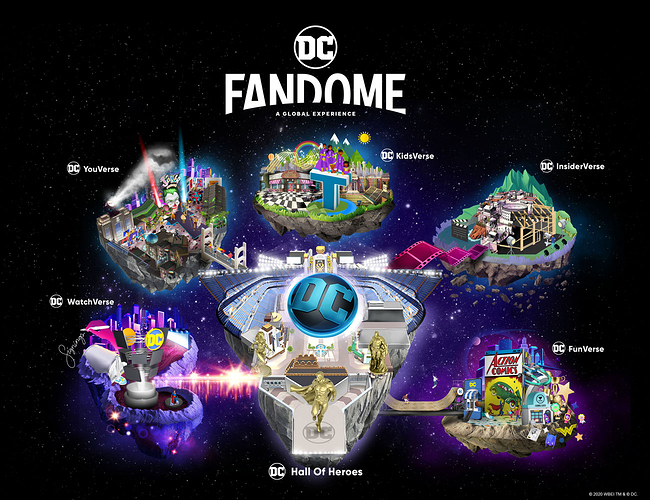 The epicenter of the DC FanDome is the Hall of Heroes, where you can experience special programming, panels and content reveals from a wide variety of films, TV series and games, available in several languages, including Brazilian Portuguese, Chinese, English, French, German, Italian, Japanese, Korean and Spanish. From there, navigate deeper into the DC Multiverse, exploring five additional satellite worlds, each with its own localized content and unique activities and one world fully devoted to our younger fans:

DC WatchVerse: Here’s where you grab a seat, sit back and join our virtual audience and become completely engrossed in hours of must-see content from around the world. Everything from panels and exclusive screenings to never-before-seen footage, featuring cast, creators and behind-the-scenes crew from across DC Films, TV, Home Entertainment and Games.

DC YouVerse: Venture into this world where the FANS are the stars to see the most amazing user-generated content, cosplay and fan art from around the world, including, perhaps, your own.

DC KidsVerse: Need a way to entertain your kids for hours on end? We’ve got you covered inside a special world, which can be accessed directly at DCKidsFanDome.com. This area features a broad range of family-friendly activations for our younger fans.

DC InsiderVerse: This creativity-based world contains a centerpiece video featuring legendary artist and DC CCO/Publisher Jim Lee, President of DC-Based Film Production Walter Hamada, and creator of the DC TV Arrowverse, Executive Producer Greg Berlanti, welcoming fans with a 101-style introduction to the DC Multiverse. From there, go behind the scenes with the master artisans who bring DC to life in all its forms, from comic books to games, TV, movies, theme parks, consumer products and more.

Pull Up to the Blerd & Boujee House

Where my Blerds at? The second annual celebration of Black nerd culture returns with the all-new Blerd & Boujee House at DC FanDome, bringing Blerds, LatinxGeeks and all nerds “party-with-a-purpose” vibes. As anyone lucky enough to get into the first-ever Blerd & Boujee boat party (featuring DJ D-Nice ) at San Diego Comic-Con 2019 can attest, fans will not want to miss connections and conversations designed for the culture.

There’s nothing more important to DC than our fans, and we want to showcase you! In partnership with Talenthouse, DC FanDome today launched a call for your best DC Fan Art & Fandom displays. Show us your cosplay, makeup, tattoos and even your own Batcave! Be sure to submit your best at create.DCFanDome.com for a chance to be featured inside this virtual world event, and demonstrate to people in your home country and across the globe that you are the ultimate DC Super Fan. Selected artists on the day of our event will be voted on by the community in each of our two competitions in order to help our judges pick selected artist winners. Selected artist winners will receive part of a cash prize pool courtesy of DC and Talenthouse.

Be sure to check back at our official site, DCFanDome.com, frequently for additional updates on what will be happening inside the DC FanDome, including exciting new content on our new blog, the Daily Star , which kicks off with a welcoming note from Jim Lee himself. Also, follow the social channels below for frequent updates about participating cast members, creators, writers, artists, and game developers you can expect to see.

Will you be entering the DC FanDome in August? Let us know in the comments below!

I will definitely check this out! 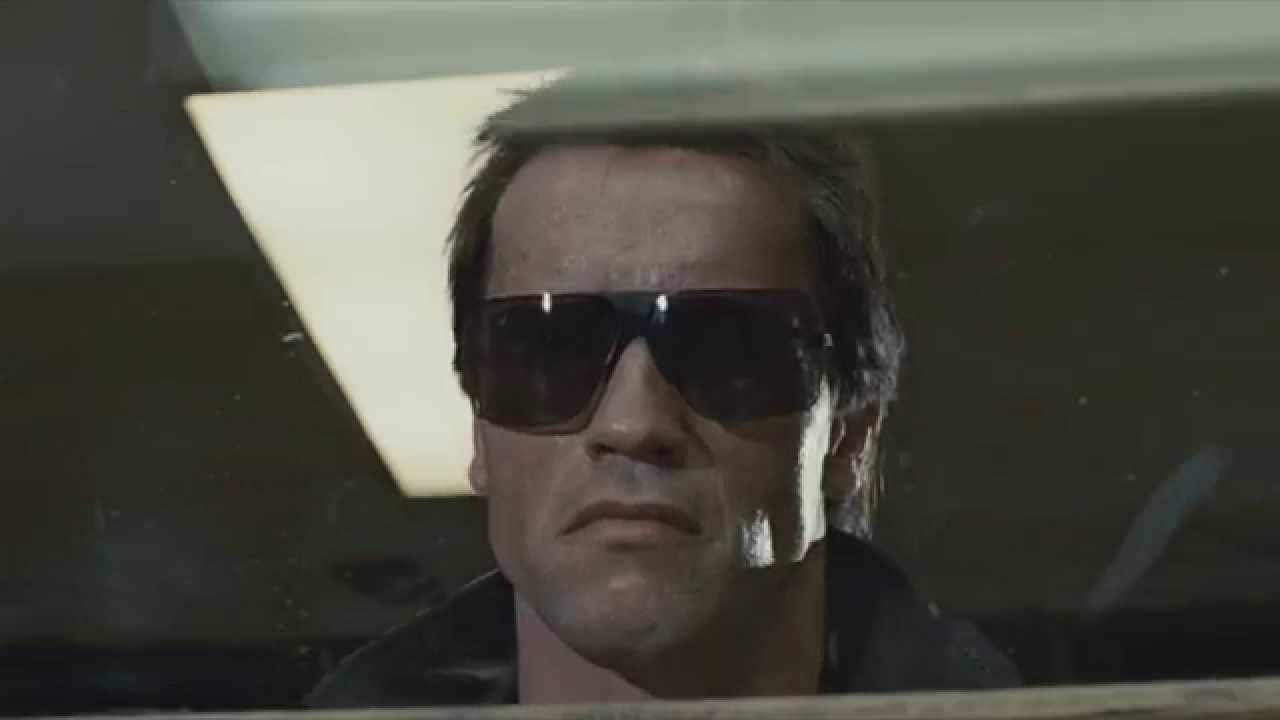 I’ll be there too! :robotman_dp:

Wouldn’t miss it. I’ll be there full 24hrs probably

Virtually overflowing with thrill and joy!! I dig-it-all. Going to An-a-log on for sure!!! Aww-gustah 20twenty!!!

Where will the Big Belly Burger and Gunga Diner be at?

You bet your sweet bippy I’m entering the Fandome!

I’m generally not a con-goer, but this sounds way, way better than the average con experience (dealer tables aside).

Is it likely outside vendors will be part of this too? That is to say, will companies that produce DC-based merchandise show off their upcoming wares (that would have been on display in their own booths had SDCC proceeded as planned) as part of Fandome?

Love this so much, especially since it’s the day before my birthday.

Why didn’t DC Universe get to hear about it first?
Hope they connect the event to DC Universe with content and promotions!

This event is intended for EVERYONE around the globe- DC Universe members are domestic/U.S., so we have a support role to play- but we aren’t the primary channel for it

I’m so excited! Hopefully the next Batman game will be announced!

One thing that seems to be missing (at least from what I can tell from the initial info) is an opportunity to interact with creators from years past the way one might do at a con. Of course that might be a bit harder to manage since a lot of Silver and Bronze-Age creators worked for multiple companies. Still, it’s one of my favorite things. Any chance we’ll see some legendary creators from the olden days?

I will definitely be there!

Is anyone else thinking of staying up for the whole 24 hour shebang, start to finish?

I’m leaning towards doing that, especially with an able-bodied assist from my friend Jolt Cola.

Me at the beginning:

Me when it ends:

with a bit of

Very excited for this! Don’t usually do cons but this sounds wonderful.