When I was 8 years old, I saw a house ad in another comic for the upcoming New Teen Titans #1. I had already been reading comics for a while and recognized everyone in the art, except of course for Cyborg, Raven, and Starfire who were new. I couldn’t help but wonder if indeed they were new, or just other characters I hadn’t seen yet, and wondered why they were calling Beast Boy, Changeling (which I still think is a better name!) But what excited me most was the fact that it said that issue 1 was going to be coming out ON MY BIRTHDAY!

I got the book and I was blown away. I was hooked immediately and couldn’t wait for more. I had already been seeing George Perez art before this, but it never registered before. I never paid attention to who wrote or drew a book, I only knew if I liked it or I didn’t, until that issue. George became my favorite artist that day, and more than 40 years later that hasn’t changed, and it likely never will.

I’ve had the good fortune to meet him, have my picture taken with him, get a sketch from him, and I will miss him when he’s gone. And as much of a hard road he will have ahead of him until he passes, I’m happy that he is able to spend his last months spending time with family, friends, and fans. And I’m also grateful that even after he’s gone, he will be able to still create the spark of joy and wonder in current and future fans for generations to come.

What can I say about the living legend, that is George Perez? Nothing that hasn’t already been said by those above me. And will be said by others and his peers, far more silver tongued than I. There are a lot of artists out there, making their mark on the comics scene. But only a handfull of them will be as memorable, or enter the ranks of legend, like George Perez. George is one of those who best represent the talent that came out of the Bronze Age of comics. And he continued on into the Comic Book Artists Hall of Fame, right up to the day of his retirement.

Like all of you, I was floored to hear about his Cancer diagnosis. You never want to think about losing any of your heroes. And George is certainly one of those, for me. His body of work will of course stand the test of time. I can’t think of anyone else who could have pulled off Crisis on Infinite Earths or the JLA/Avengers mini-series, with the flair and panashe of this man. Few artists leave work behind, that almost always, lets you see something you missed, all the other times you looked at it. George is one of them.

And on top of all that, he is a kind, generous and decent human being. I’ve no doubt that he’s made his fair share of mistakes in life. He wouldn’t be human otherwise. But in the grand scheme of things, he’s seen as a very talented and honorable man. How many of us will likewise be able to carry the torch of our lives, as high?

Thank you George, for making this fan’s life a happier, better place for having been part of it. My heart and prayers go out to you and your family.

So very sad to hear this. George Perez was one of the first artists I loved as I got into comics and someone whose work I always sought out. Crisis on Infinite Earths introduced me to the wide range of characters in the DC Universe and his JLA/Avengers is my all time favorite crossover. Sending prayers, love, and light to him and his loved ones during this difficult time. 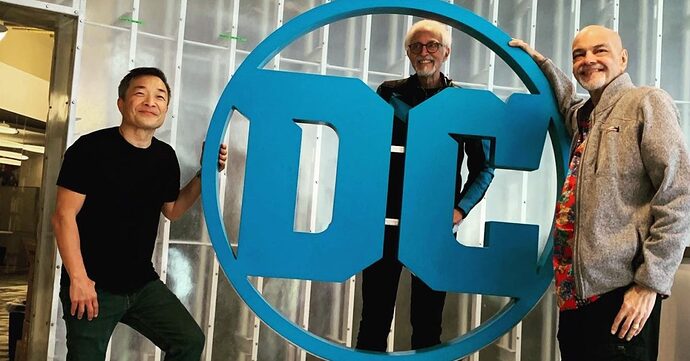 On Instagram and Twitter, DC Comics Publisher Jim Lee has been sharing a day in which he recently invited George Pérez to the DC Comics headquarters in

My favorite photo of him
With a cosplayer 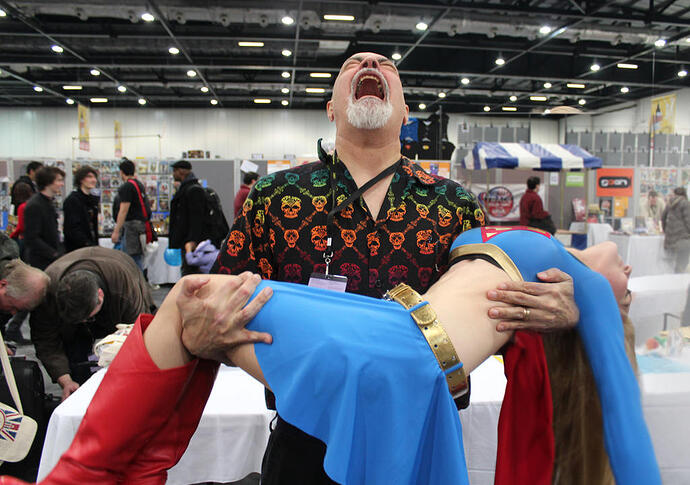 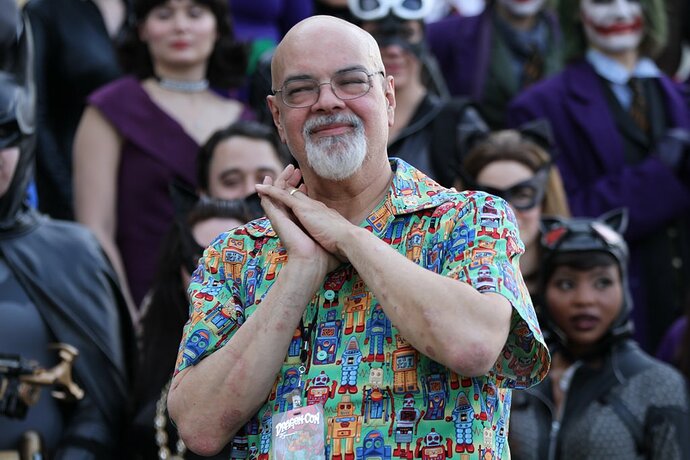 We are absolutely heartbroken to share the news that the time has come, and our dear dear friend George Pérez has passed away. The legendary comics artist

I saw the news a few minutes ago on Twitter. I am so very sad. My condolences to his family and friends.

Condolences to his family, friends and fans.

I saw there were new comments in this topic and I really hoped it wasn’t this news. I have my copy of COIE ready to be read, again, tonight after I clock out of work.

I saw there were new comments and this topic and I really hoped it wasn’t this news.

COIE was already slated to be featured in the JLBC for next week, but now it will also serve as a tribute to Mr. Perez.

I will be joining in that convo!

Just 3 more hours of work and then reading one of the greatest comics ever written and drawn, in my opinion.

I will be joining in that convo!

If possible, have your copy of the FCBD Dark Crisis book handy, for it might come up in discussion.

RIP Good Sir and Thank you.

Sad news.
But he enjoyed it all to the very end.
Rest In Peace.

Just heard the news. It kinda’ takes the wind outta’ your sails. Feels like I’m adrift on a calm sea, without oars or rudder. First Neal, now George. The pillars of the old industry are being taken away. A new one is being built for the 21st century. Only time will tell if the new talent, is strong enough to support it. Rest in Peace, George.