Future State Begins on DCUI - The Future Is Now!

Some characters will only go a short distance into the future while others will go to the end of time itself.

All of it is about to be answered. I know these books came out in comic shops six months ago but not on here. On here it’s been business as usual with Batman, Superman, Wonder Woman, The Flash, Aquaman, Cyborg, Green Lanterns and more fighting Lex Luthor, Brainiac, Darkseid, The Joker, Black Manta, Sinestro, The Batman Who Laughs and other iconic villains we all know and love. But that “usual” ends today. Literally. For tomorrow the future arrives and once we see it we can never go back. Never pretend we didn’t see it, or that it didn’t happen, or that it isn’t canon. Tomorrow it becomes real.

I’ve been looking forward to the arrival of the Future State for about 10 months now. Ever since they announced, simultaneously, that the DC Universe was going to be relaunched beginning with Future State, then Generations and then Infinite Frontier and that DC Universe would be relaunched into DC Universe Infinite with books arriving six months after publication. I’m not in a place where I can afford to buy 52 books (it’s always 52, isn’t it!?!) within two months but here, if I’m patient, I can read it all for just 20 cents a day. I’ve been patient. I’ve avoided the spoilers and I’ve literally marked my calendar to count down the days until this event arrived on my screen. I can’t wait to read every panel of every book and see what adventures, stories, thrills, heartbreaks and laughs they have in store for me.

Future State…I’m so ready for you. Let’s do this. 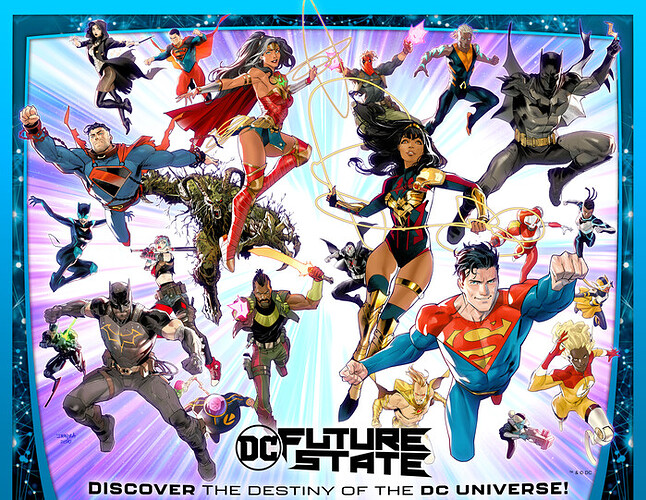 I haven’t read all of the Future State releases yet, but the ones I have I’ve really enjoyed. I can’t wait to read everything else I’ve missed.

That said, out of what I have read, I highly recommend that tomorrow y’all check out:

Can’t wait to hear what everyone else on the forums who’ve been waiting for them to drop on DCUI think!!!

I highly recommend that tomorrow y’all check out:

Of those only Superman of Metropolis drops tomorrow but I’ll be sure to check it out. Can you clarify which book ‘Second Son’ is? I don’t see that on the list of titles.

I honestly have no clue what I meant. I typed that real quick on my phone while doing something else lol.

What I wanted to type there was The Next Batman since it’s 100% my fav of Future State. I went back and edited my og post. Thanks for catching that.

Love dc infinite! Going in on robin and batman now

Love dc infinite! Going in on robin and batman now

Yeah, I’m starting on ‘The Next Batman’ as well. Enjoy!

This panel from Generations Shattered is not only gorgeous it also represents how I feel now that Future State is here on DCUI. 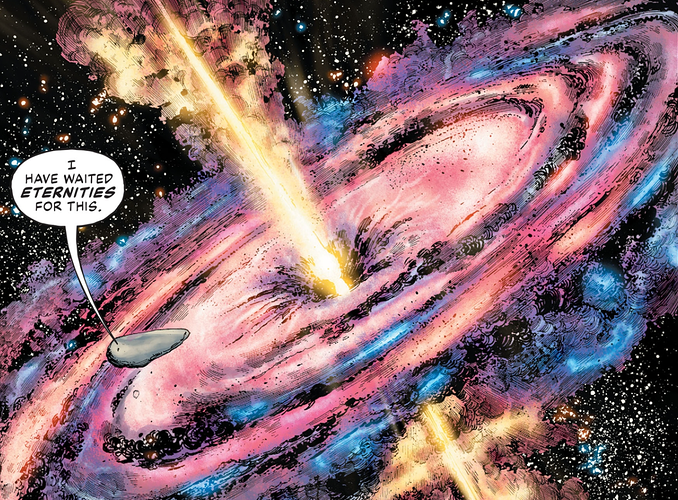 I honestly have no clue what I meant. I typed that real quick on my phone while doing something else lol.

What I wanted to type there was The Next Batman since it’s 100% my fav of Future State. I went back and edited my og post. Thanks for catching that.

The full title is The Next Batman: Second Son.

I’m not really feelin this “Future State” , I’m reading it…But not excited. I do hope, those who are into it, are enjoying !

I do not like Future State. This is not to cast shade on those who do, to each his or her own. But when will it be over or when will we see the regular series?

The event lasted two months, and it just started on here last week, so it’s gonna be a while.

Having read Dark Knights: Death Metal and then the prelude to Future State (Flash Forward, Wonder Woman #750, The Flash #750, Detective Comics #1027 and Generations: Shattered #1) I got very much into the spirit of it and the timeline of it, so to speak. Knowing what caused it all has gotten me invested, for sure. I’m reading each week’s books in the timeline order they occur in (i.e. - Week One was The Next Batman/The Outsiders/Arkham Knight and Harley Quinn in 2025 > The Flash in 2027 > Superman of Metropolis/Mister Miracle/The Guardian in 2030 > Wonder Woman Yara Flor in 2050 > Swamp Thing in 4500) and that has helped me understand more what time each story is taking place in and what other events may play a role.

The Magistrate and the Peacekeepers being a central theme in The Next Batman, The Outsiders, Arkham Knights and Harley Quinn…I like it all.

The Flash…that one lost me a bit. According to Flash Forward, Flash #750 and Generations Shattered Wally West is in the Mobius chair…but in 2027 he’s controlled by Famine and is running around the earth killing people?

Superman of Metropolis won me back pretty quickly, though. Not only do we get a gripping story of Jonathan Kent fighting Kara Zor-El over how to protect the citizens of Metropolis but we have a villain (Trojan and Brain Cells, the new Brainiac) that have turned the citizens against the heroes and forced Jonathan Kent to bottle Metropolis in an ill-conceived attempt to save it. That brings in a new Mister Miracle fighting to figure it out from the inside with limited power in his suit and The Guardian to try and maintain peace and order inside while others stoke chaos. There’s a LOT in that book and I enjoyed all of it.

Wonder Woman Yara Flor is the first step into a true alternate reality. We know the story takes place in the future but it looks prehistoric as Yara Flor - presented as a bridge between the gods and humans and with a very powerful/influential father - fights a hydra with a pegasus as her hard of hearing/disinterested companion. We find out her sister has been taken prisoner by Hades and that a creature named Caipora is protector of animals but also a guide to the underworld. It’s all very mysterious but fun and this is what I was looking for in Future State. True reimagining’s of our favorite characters in a world we don’t know (yet) but with hints and breadcrumbs along the way to make us feel at home.

Finally for week one we traveled to the distant future, the year 4500 for

Swamp Thing. Like Yara Flor this is familiar and yet completely new. We’re centuries in to the future and humans have had to take refuge in the extreme north at a S.T.A.R Fortress. Swamp Thing has created a society of sentient plants and they, and animals, roam the earth as nature has taken over. But since he’s still got some human in him he seeks them out and finds one survivor who warns of a coming war and hints at an undying man who is plotting it all. Very intriguing for issue #2.

I got a few of the Future State titles when they came out. I really liked Superman vs. Imperious Lex, and I also read Green Lantern, which was good. I’ve been looking forward to reading more of them on here, so I’m very excited to get started with that.

I am so glad that we all have dc universe infinite so we don’t have to worry about missing comics in irl!

Work week is over and I finally have time to sit down and focus on Future State Week #2! Reading them in the order they take place…

Next up is Justice League, Kara Zor-El and then Superman/Wonder Woman before I launch into Week #3!