Future of the DCEU

Who else wants Warner Bros to hurry up and move ahead with the DCEU and just drop 3 movies every year? It’s getting boring hearing all these rumours of movies supposedly happening then they never come out. Hopefully Aquaman and Shazam are hits so they can get a lil bit of confidence in themselves and drop more. WB/DC have the rights to all their characters meaning even if they cover all the Justice League stuff and drop a trilogy for all the League members they’ll still have a lot that they can explore and Personally I’ll like for them to expand and bring in the sidekicks like Robin, Kid Flash, Aqualad and the rest as their own covert team basically the Young Justice just imagine a Young Justice movie or Justice League 3 with all of them in it that would be amazing. You could even make a legion of superheroes movie or Justice League Dark. There’s so many directions they could go in but they really need to get going. What are your thoughts? Do you think they should take their time or just believe in themselves and just go for it ? 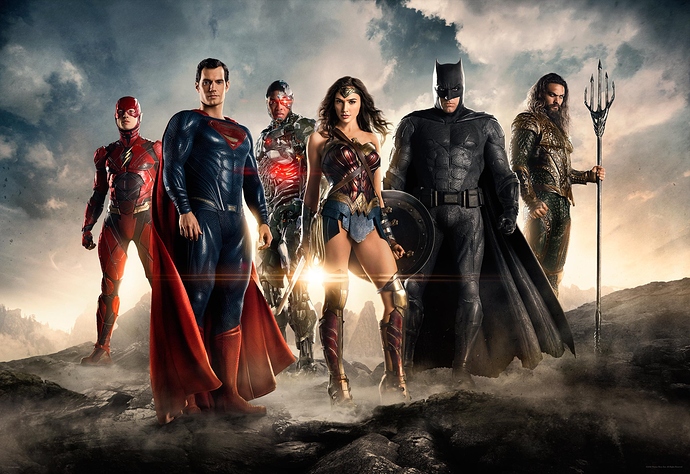 Ikr? I’m tired of hearing about the sirens movie!!! Like honestly, make up your mind! Are you going to make it or not?

Somebody in charge at WB is probably being overly cautious, because they’re desperately aiming for “critical acclaim,” so they won’t move forward with making movies that critics might not like, even if they’ll be popular with fans. I say stop giving a crap what critics think. You’ve got fans who love this universe and can’t wait to see more.

I actually like that they’re taking their time. I would rather have one good movie on the level of Wonder Woman (which Aquaman and Shazam! may both be) than a bunch of mediocre movies like Suicide Squad or Justice League. Also I like the idea of doing movies like the Joaquin Phoenix Joker movie that aren’t set in the same continuity.

@DemonEtrigan, Wonder Woman is actually a perfect example of moving onto the next movie right away. They jumped straight into filming Wonder Woman, as soon as Gal Gadot was done filming in Batman V Superman. They didn’t spend years “taking their time” in between movies.

There is new leadership at WB in regards to the DC Universe IP. Walter Hamada is the new guy in charge. I believe he is going to take a more conservative measured approach and I am good with that. I believe part of the issues that caused all the divisiveness over the Zack Snyder helped films was that Snyder had a clear vision but the execs in charge forced him to change that vision because they were reacting to external pressure from shareholders who wanted the same box office results that Marvel was getting. I really liked Man od Steel, I was extremely disappointed in Batman v Superman and I thought Justice League had its moments but was a bit of a mess. Marvel had an overarching outline of where there story was going and they took their time developing it. Kevin Fiege is basically a showrunner except instead of TV its serialized movies. I hope Walter Hamada is constructing a well thought out strategy. DC has some of the greatest characters ever created, they deserve, as do the fans, a thriving well planned and well executed brand of cinema. I have high hopes. We will have to wait and see what happens. Aquaman looks like it’s going to be a win. If Shazam delivers you start to build some momentum. I have to assume WW84 is going to be successful so that would then be 3 in a row and then the whole narrative changes. Fingers crossed.