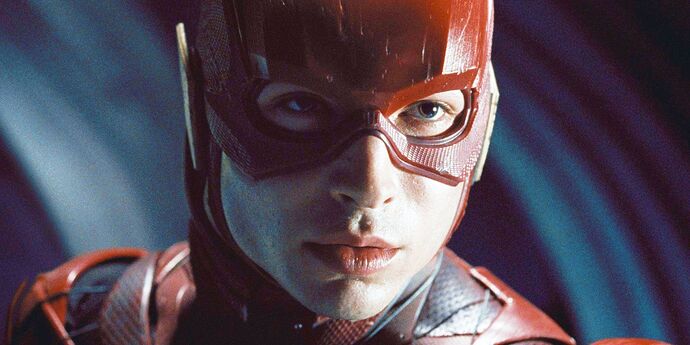 Warner Bros. returns to the Super Bowl after more than 15 years to present a new trailer for DC Studios' highly anticipated The Flash movie.

When that happens, please somebody update us on the dislike ratio since YouTube has gotten rid of the dislike button.

Remembering how Flash is still getting released but Batgirl isn’t, is always something I’m going to hold against Warner Bros discovery leadership.

oh lord, now I have even more reason to avoid the living room on Super Bowl Sunday

Guys- I’m not in any hurry to see Miller either, but there is one seriously HUGE aspect of this movie that I’m VERY excited to see:

I look so beautiful.

Um I don’t watch Football anymore, plus I refuse to see The Flash.

I look so beautiful.

Now that’s the strut up and down the theater aisle when going to see the return of THE Batman89! Wooooo!

Here’s the issue I have. And it’s gonna be controversial, so I want to emphasize that this is my OPINION. You guys can disagree.

I’m excited for the Flash movie. Obviously, I dont like or condone Ezra Miller, but the movie isn’t their’s. This movie is for Flash fans, not Ezra fans. I’m sure I’ll love the movie, even if I despise the actor.

I am glad you can get past Miller’s actions. I cannot.

Same here, but maybe someday. Recently I started watching Smallville last March for the first time.
Because of Allison Mack I refuse to ever watch Smallville again.
Years later as @Bar-El run a Smallville Club with a watch along each week, I mostly rely on my memory while joining.
At that time I was watching WCW, I really wanted to watch Hulk Hogan as part of NWO faction, to watch, I knew I had to get pass 1 person who did far worse then Mack & Miller. I had to get use to seeing this murderer and trying so hard not to think about the terrible crime he committed.
Once I’ve got pass that ok. I was thinking maybe I was ready to watch Smallville again.
And when I got the complete series on DVD, and I did enjoy the series and letting go the sick crime that Mack committed.
I may say I have no interest now seeing the Flash, I’m going to wait and see how it’ll turns out. Who knows, I might join @Jurisdiction on this when time comes. We’ll wait and see.

Now that’s the strut up and down the theater aisle when going to see the return of THE Batman89! Wooooo!

I’mma be like this walkin’ up to the theater’s concessions stand to get my Ben & Jerry’s Coffee Toffee Crunch cone right after they tear my ticket, even before I get to my seat!

I look at this way. I really don’t want to watch the Flash movie because of Ezra Miler, but then I would be depriving the rest of the cast and crew of the film of any residuals they would receive from me watching it. I reasoned this out a few years ago because one of my favorite movies and one of my favorite TV shows star my favorite actress, but they also star people who did things I strongly condemn.

My love for Keaton Batman outweighs any disgust for Ezra Miller. Especially when we were deprived of his Batgirl appearance already.

I would be excited if it didn’t star Ezra Miller.

My love for Keaton Batman outweighs any disgust for Ezra Miller. Especially when we were deprived of his Batgirl appearance already.