Welcome to another installment of this weeks Fresh Frights. I hope you brought your popcorn cause it looks like we have quite the variety of stories ahead of us.

This week we have stories from the limited Series Hellblazer: Rise and Fall 2 by Tom Taylor and Darick Robertson. DCeased Dead Planet 5 by Tom Taylor and Trevor Hairsine, Sweet Tooth: The Return: 1 by Jeff Lemire, and The Dreaming: Waking Hours 4 by
G. Willow Wilson and Nick Robles.

Most anticipated book of the week?

Did you read the original Sweet Tooth back when it was a Vertigo book. Are you planning on watching the series when it comes out on Netflix?

Will Lindy make it out of the Shakespearian dream/nightmare?

Does New Genesis stand a chance against the anti-life infected Darkseid?

What is the Devil doing in Constantine’s kitchen eating his leftovers?

This topic is sponsored by the House of Horror

If you would like to join the Horror Hounds over at the House of Horror join the House of Horror! There we talk about the horror characters/stories here on the DCUI. There is still time to get in on the discussion for Gotham City Monsters (hint we are always up for discussing any of our old topics) 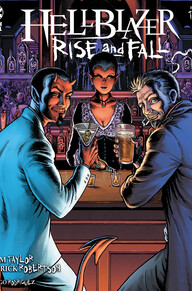 John Constantine has been in trouble before, but running afoul of the Devil himself is crossing a line even for the self-styled Hellblazer. But that’s exactly who darkens Constantine’s door with news that John’s investigation into the gruesome “angel murders” of London’s billionaire class and Satan’s own vendetta against a treacherous demon are actually the same mission. What’s that mean? You guessed it: It’s time for a team up! 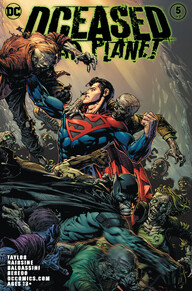 With most of the Justice League off Earth, John Constantine and Batman lead a covert team on a mission so insane it could have only been hatched by the man they call Hellblazer! But time is running out to save the infected on Earth-because a fate worse than death is coming! 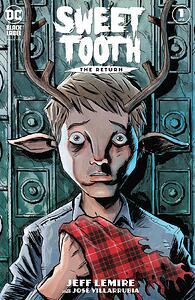 Once upon a time there was a little boy named Gus. He had antlers and lived with his father in a little cabin in the woods. Then his father died, and the big man with cold eyes took Gus away. Gus went on many great adventures, found friends, love, happiness, family, and acceptance. Now, years later…it begins again. A young boy with antlers and deer-like feature wakes in a bizarre and completely foreign world where the last humans struggle to survive. They tell the boy he is special, he is chosen, and that he alone can lead them back to a world dominated by the oppressive Hybrids. Sweet Tooth: The Return is no re-hash of the original series, but rather a bold re-imagining of the Sweet Tooth mythology; taking elements of the original series and remixing them into something familiar, but totally new. A divided world. A planet long ago past the point of devastation. And at the center of it all, a child who didn’t ask to be born into any of this, but who has no choice but to try and forge some life for himself. His visions and dreams may not be real at all…they may just be fiction. But they are hope. And sometimes hope is enough. Acclaimed writer/artist Jeff Lemire reunites with colorist José Villarubia to bring you the next chapter in the saga of DC’s acclaimed series Sweet Tooth! 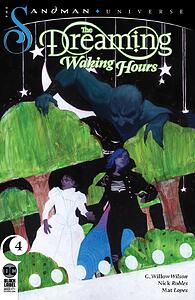 Ruin has traveled to Worlds’ End to seek help from the denizen of the Dreaming who set him free in the first place…unfortunately, Brute and Glob have followed him there-on the orders of Dream himself! And back in the Dreaming, Lindy has taken on the challenge of discovering who the “true” Shakespeare is, via a staging of the apocryphal play The Birth Of Merlyn. But when you tell a tale inside the Dreaming, it has a strange way of becoming very real indeed…

I agree 100%. This was a great story that went places I was not expecting.

In DCeased I can’t get over this great Cassandra Cain moment. 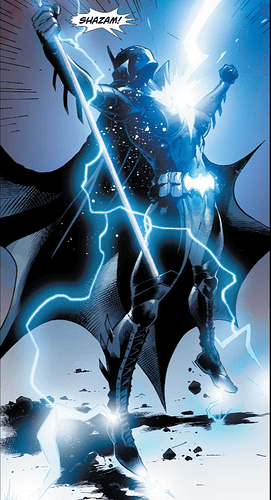