I remember all of these stalwart!!! These-- lesser icons!

The Newsboy Legion Lives!
(You can find the Newsboy clones ushering in the 4th World in Jack Kirby;s issues of Superman’s Pal, Jimmy Olsen)

Woozy Winks is a wild man! Hey-- do you think Woozy knows J. Wellington Wimpy?
(You can find Woozy’s and his bumbling pal Plas in the underrated Adventure Comics #467 - #478)

Sandy The Golden Boy grows up to be Sand, leader of the latter day JSA!
(If you haven’t read JSA 1-87 and Justice Society of America 1-55-- Well, if you haven’t-- JUST GO READ THEM!)

The Lieutenant Marvels-- Ok, these guys aren’t exactly A-listers! But they’re not forgotten! They’re just not cool as CMJ, y’know?

Doiby DIckles-- is he related to Woozy Winks? Was comic relief in comic books ever actually funny? I guess forties Alfred has his moments-- but you’re rooting for Alfred! But I remember Doiby!
(Green Lantern 10 and Comic Calvacade 1-13 are right here on the DCU-- you might find Doiby in these pages!)

And that very issue is right here in the comics section!

Experience first-hand the sheer majesty of the 100 Page Super Spectacular!

Was comic relief in comics ever funny?

Sure it was! Ambush Bug is a hoot as is Woozy himself in the 1988 Plastic Man mini. Those are but two examples of chuckletastic comic book comic relief. The odds are fairly solid that Sy Borgman has something to contribute too.

Bloodwynd always comes to mind for me.

Brother Power: the Geek! Last I checked, he doesn’t have any appearances here on DCU (he’s got so few in general), which is a shame, because I really want to do a video on him for YouTube. Maybe one day…

At least there’s the Sea Devils!

Are you trying to make Dane Dorrance cry?

Action Comics #'s 552 and 553 also feature some of the fun characters highlighted in this thread, including the Sea Devils, Animal Man, Dolphin and the like.

Both issues were written by Marv Wolfman, feature great Gil Kane art and are on DCU.

Tommy Tomorrow will never be forgotten! I may have to remind myself of the Star Rovers, though

I’ve always had a fondness for Hal Jordan.

No, not THAT Hal Jordan … the OTHER Hal Jordan, cousin of the Green Lantern: A legacy hero by the name of Air Wave.

Brane Taylor the Batman of the 31st Century. A Batman who exists alongside the Legion of Superheroes, how is there not more written about this guy? Seriously he’s only made about 5 appearances ever and he’s been around since the 50s. Someone tell Bendis this guy exists…on second thought, don’t tell Bendis.

Some days, it feels like I’m the only who remembers:
*The Super Young Team
*The Dreambound
*The Great Ten
*Big Science Action
*Laurel Kent
*Cir-El

Stealth, Strata and the L.E.G.I.O.N. crew Ned to make a reappearance at some point.

I’d like to see these guys make another appearance. 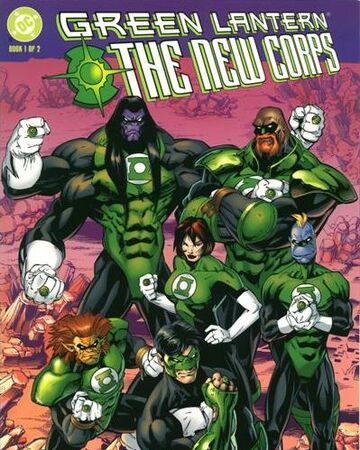