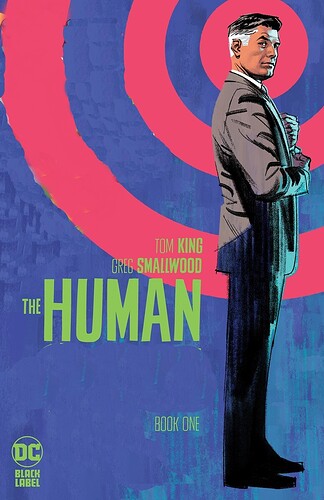 There’s no denying that DC has produced some of the most iconic comic covers of all time over the years. But even the best aren’t always perfect, and could use a bit of a…

Wait… does that just say “The Human”?

I use the term “fix” in a very loose sense, but stick with me, and I think you’ll get what I’m saying. For one, let’s take this classic, the cover to Action Comics #1 by Joe Shuster. 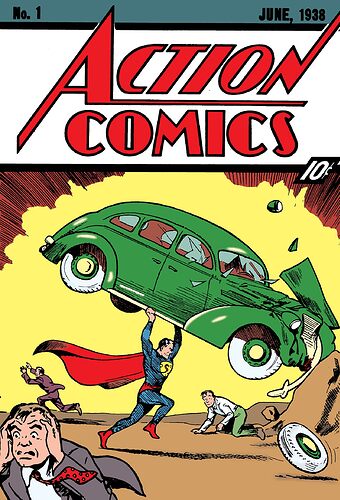 It’s an all time great to be sure. But… and maybe this is just me being a little picky… he’s just so gosh darn violent! This is the first time the world’s being introduced to Superman, and he’s wrecking someone’s car! So I threw together this little edit for everyone: 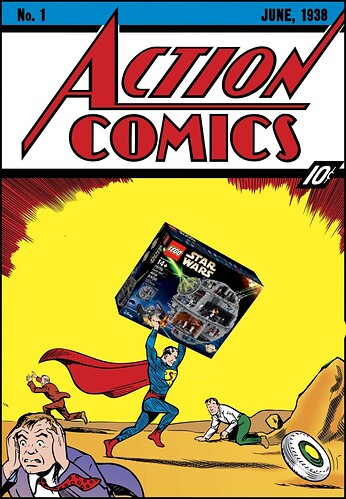 Gone is the violence, and instead, Clark’s just really excited to show everyone the new LEGO Death Star that he just bought! The thing’s huge! He sure is putting his reporter’s salary to good use! And look at all the citizens now. They’re no longer cowering in fear, but instead going crazy with excitement!

Hmm… still not quite sure what I mean? Well, let’s take this awesome cover from 2005’s Green Lantern #1, with art by Carlos Pacheco. 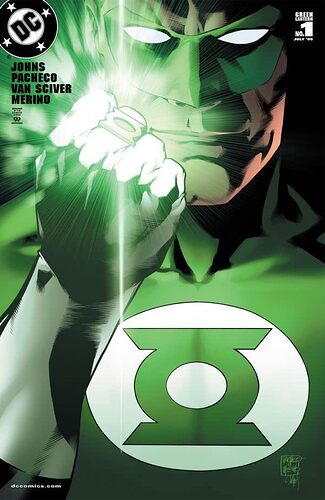 Pretty cool, right? But something’s just not quite right… 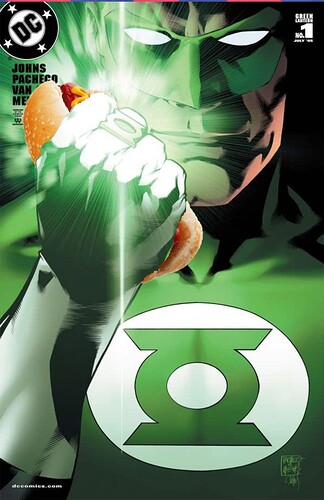 GreenLanterHotdog779×1200 154 KB
Ah! Much better. Now Hal can fill up on some hot dog before a hard days work!

But that’s not all we can do! Everyone hates clickbait, so let’s make some covers that better reflect what’s inside! 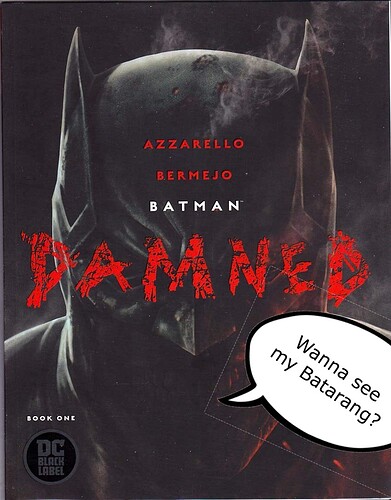 Anyway, now it’s your turn! Post your best comic cover edits below, whether it’s been edited, redrawn, or merely dreamed up and described!

Disclaimer: The "Fix a DC Comic Cover thread on the DCUI community platform is meant simply for goofy, nerdy fun. Not actual critiques are meant, and nothing here should be taken seriously. Have fun.

Hi TornadoSoup, please fix this cover for me 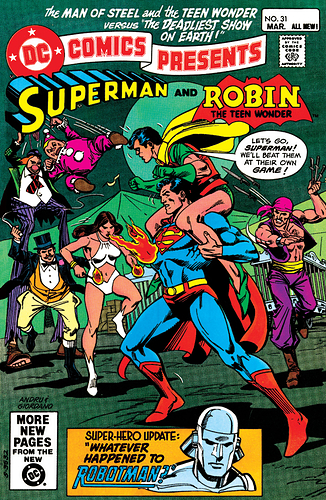 There wasn’t much I could do, but I think it’s at least a marginal improvement. 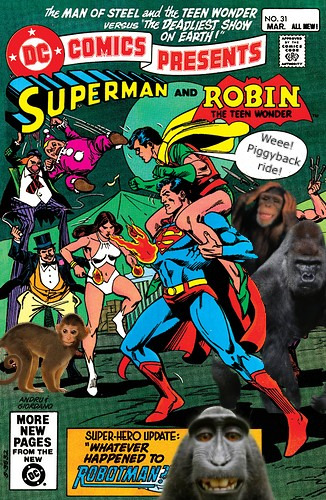 So, I went back to an old standby for DC covers, which is “when in doubt, toss in a monkey.” I felt that the original was lacking in simians, so I tossed in a few more, including throwing one over Robotman because, as much as I may love Doctor Crane (no, not that one, the one with a brain in a robot) let’s face it, people are here for the monkeys, not the obscure Golden Age characters. Plus, there’s already enough going on on the cover, it could use a little more cohesion. Finally, I made Robin’s dialog a bit more in character, and a bit more relevant.

Thank you. I’ll be back tomorrow with another cover for you to repair.

I’m pretty proud of this one! 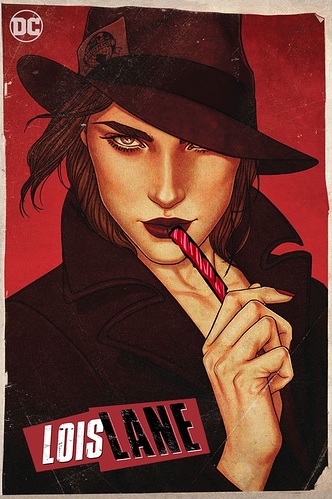 Wonderful! You’ve finally helped Lois get away from her addiction to sucking on pens!

Hi TornadoSoup, could you please fix this cover for me 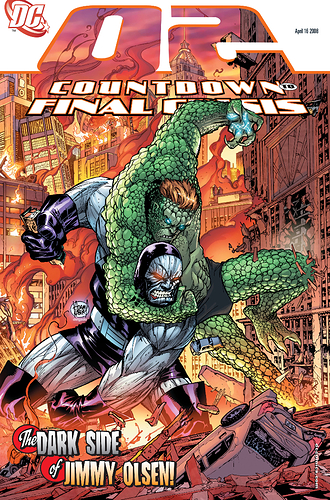 Hey there @TornadoSoup, can you fix this cover so it doesn’t freak me out so much? (Plus, it’s been a minute since I read this but pretty sure nothing like this even happened in the comic itself?) 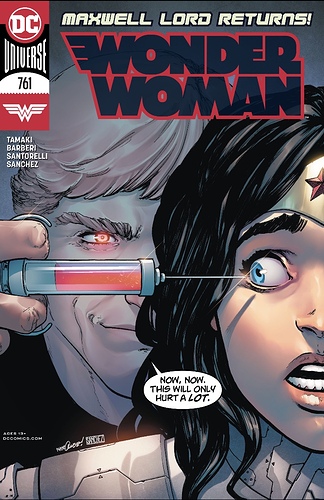 Thank you for your tireless heroism. I already love this thread.

This was a bit of a tricky one, I’ll admit, but… 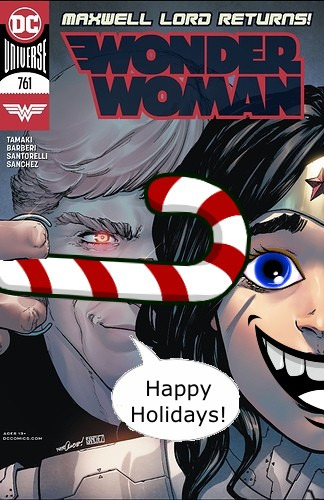 Now it’s super festive! Feel free to use this cover as your holiday cards, folks! Thanks for the submission.

Amazing! Thank you for transforming this into an unexpected holiday special!

(As movie Max Lord should have taught us all, be careful what you wish for - you fixed the cover, but now Wonder Woman’s candy-cane-fueled grin will haunt my nightmares forever.

I was admittedly a bit unsure of where to go first with this cover. It feels pretty busy and disorganized, but there’s only so much I can do with my Cheap Photoshop Knockoff ™. Eventually, though, I figured it out. The real problem with this cover. 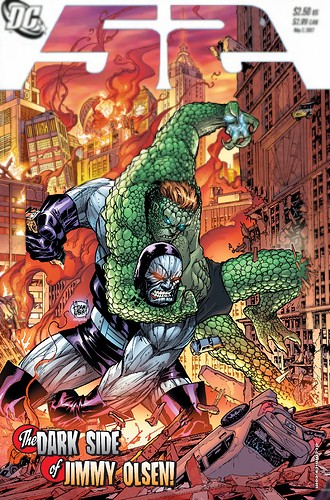 There. Perfect. Now it’s a part of a good DC weekly limited series.

Okay, I laughed out loud at this

I was a bit inspired earlier, and in honor of my old pal @Batjamags, I decided to fix this classic cover: 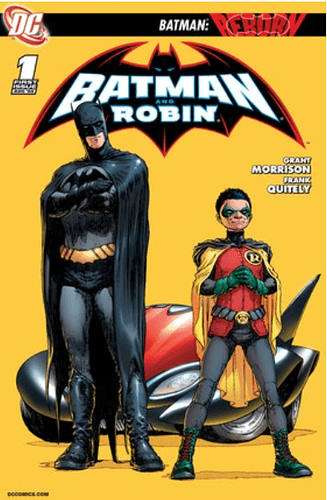 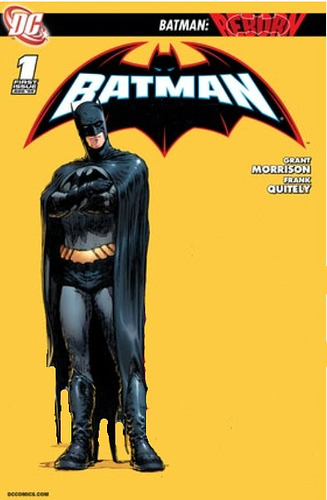 Thank you! That is a substantial improvement.

I happen to have this much-needed cover repair saved up as well: 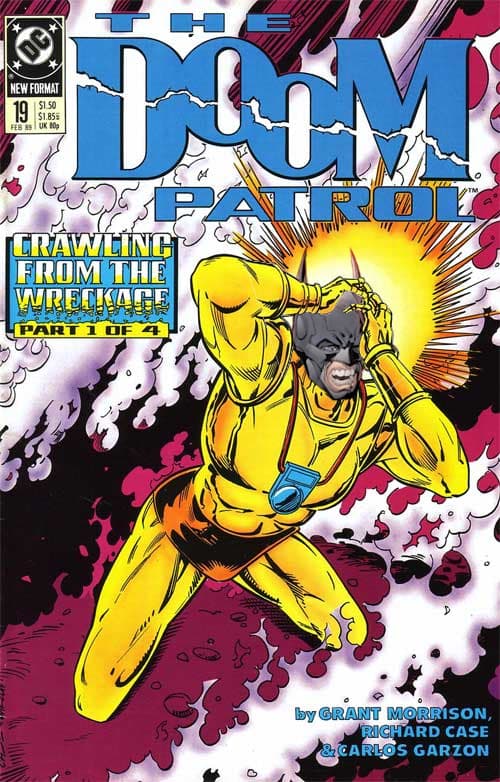 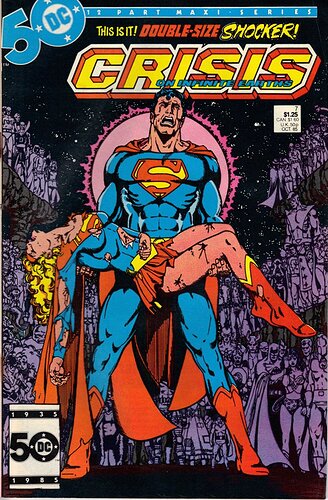 Crisis on Infinite Earths: Death of Supergirl Issue #7 1985 (Volume 1): Marv Wolfman, George Perez: Amazon.com: Books657×1000 232 KB
So I was looking at this awesome George Perez cover, and it got me thinking. Is it a classic? Of course. It’s arguably one of the most influential pieces of comic art ever. But… Superman looks so upset! I feel bad for the poor guy. And Supergirl’s real beat up. I feel even worse for her. So I did this: 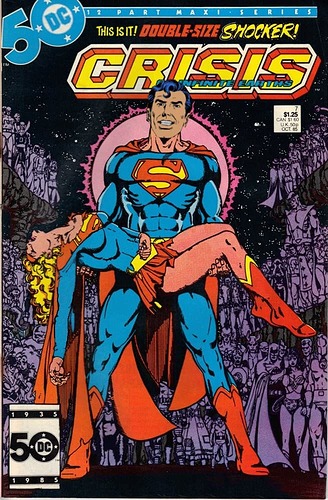 Now he’s happy again! And look at Kara; she’s feeling much better, just taking a nap in her cousin’s arms. A better day for the Super Family over all.

Hi TornadoSoup. This cover is for a comic called “The New Teen Titans” but it’s over 40 years old now. Please fix it. 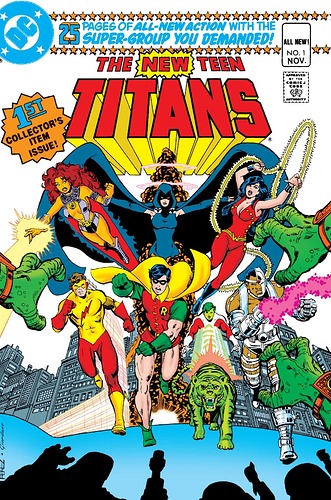 So, I did what I’m guessing you were expecting, and replaced “New” with “Old.” I also took the liberty of taking away the word “teen” because, after forty years, that’s not exactly an accurate description. Below is the result. 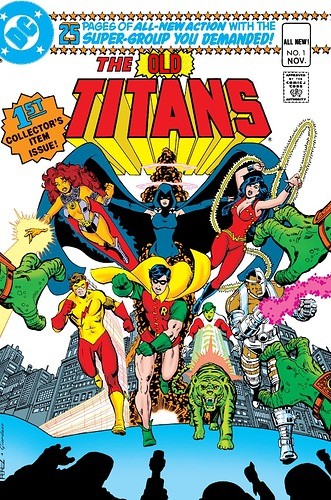 And I almost left it there, but… I don’t know. Something just didn’t seem right. The Titans might be old now, but they age with grace. They embrace the passing of time. So I made a few more adjustments to show that they’re old, and they’re darn proud of it! 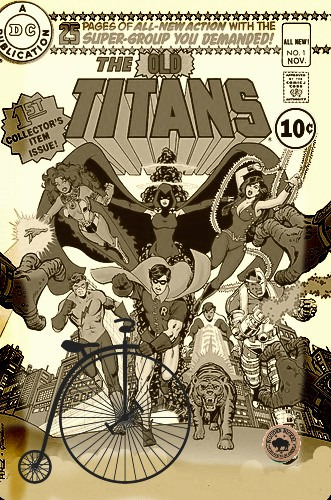 Not only are there some ageing effects on it now, but I also took the liberty of giving it an older DC logo and lowering the price to reflect the times. And then, just to be sure, I also threw in a penny farthing and a wooden nickel. Then I took away some of the villains, just to make things a little easier on the old guys.

I see what you did there so very very true