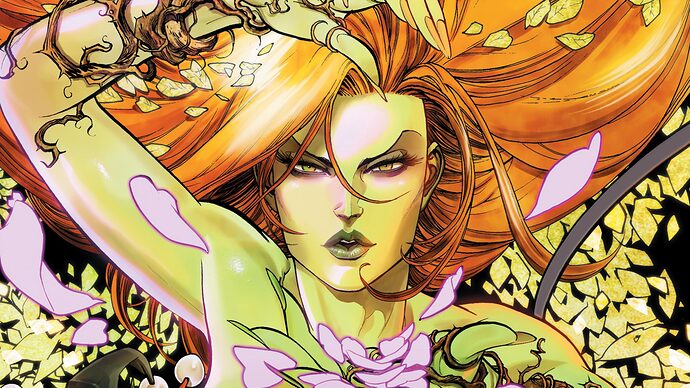 Here at DC, we have plenty of heroes who fight to protect the Earth, but the real work falls on each and every one of us. Today is Earth Day, and it’s the perfect time to look at what we can do to ensure that our planet has a long and healthy future. However, don’t worry if you’re not sure where to start. It’s hard to find an environmentalist bigger than our very own Poison Ivy, so this Earth Day, let’s all follow her example. Here are five things we’ve learned from Poison Ivy that may just save the world.

Clean Up Your Local Park

Follow Ivy’s example and clean up your local park, picking up any pollution you find there. With the hustle and bustle of everyday life, parks are falling through the cracks, so it’s important to make sure their quality is maintained. The task might seem overwhelming, but your local park will never be as bad as Gotham.

In 1999, the federal government famously cut Gotham off from the world in a massive storyline called “No Man’s Land,” leading the city to become a post-apocalyptic war zone. Everything in Gotham was wrecked, except for Robinson Park (named after famed Golden Age Batman artist Jerry Robinson). Do you know why? Because Ivy cared about her community enough to make sure the park thrived. In Detective Comics #735, Ivy helped Batman drive Clayface from the park and the Dark Knight agreed to let Ivy take control of the region. He respected the fact that she was able to create a mini-utopia while the rest of the city was hell on Earth. Ivy even got some neighborhood kids together to create a community garden. If Ivy could clean up Robinson Park in the midst of urban anarchy and chaos, then you can surely pick up some fast food wrappers and soda cans left over from today’s little league practice.

We don’t want to sound like a corny 1990s PSA, but we have to stress the importance of recycling. It prevents more garbage from piling up in landfills and ensures that we don’t use up all of Earth’s resources. Recycling is one of the best things you can do for the environment and it doesn’t take a lot of effort. Avoid using paper/plastic plates and cups and look for reusable utensils instead. Look for recyclable products when you do your grocery shopping and bring your own reusable shopping bags. Be as committed to recycling as Poison Ivy.

Anyone who’s read Heroes in Crisis knows that Poison Ivy’s a strong recycling proponent. After a Speed Force blast accidentally killed her, Ivy was able to regenerate from a single flower in Heroes in Crisis #7. The discarded flower was originally grown from Ivy’s body, so in a sense she had recycled herself. Granted, we’re not suggesting you do anything as drastic as recycling your own body—start with water bottles or soda cans instead.

Nobody hates being around other people more than Ivy, but when you love the Earth you make sacrifices. One of the best ways to reduce air pollution is to carpool and Ivy is more than willing to subject herself to extended human contact if it means saving the environment. Take a look at her first meeting with Harley Quinn in the Batman: The Animated Series episode “Harley and Ivy.” Ivy bumped into Harley during a museum heist and when the arrival of the GCPD meant the girls had to make a quick getaway, Ivy kindly offered Harley a ride in her car. Let’s not forget, Ivy had just met Harley mere minutes ago, but she knew the importance of carpooling. And since high-speed chases with police officers burn up lots of gasoline, this getaway carpool was even more important.

Granted, this one’s not so simple at the moment thanks to Covid, and we certainly aren’t suggesting you put your health at risk. But pandemics end and sadly, air pollution will still be an issue when this one’s in the (figurative) rear view mirror. So, share a car ride with others once it’s safe to do so again. Not only does it reduce air pollution, it builds strong friendships!

In 2015, Time reported that fifteen billion trees are cut down every year. That number might seem daunting, but if everyone pitched in, we could make a difference. Plant a tree in your community and be part of the change that Earth needs. You might be just one person, but if superhero comics have taught us anything, it’s that one person can make the biggest difference. And if you want to do more, call your friends and get them involved too.

Just look at Poison Ivy. She plants trees wherever she goes. Of course, while Ivy is our environmental role model, we can’t say we agree with all of her choices. In Gotham City Sirens #26, for example, Ivy planted trees all around Gotham City, under cars and under buildings. A park or a nature trail would have been a better choice. Err on the side of caution and choose a more rural spot.

Get Involved in Your Community

You don’t need to be a member of the Justice League to save the world. Research what’s going on with your community and see if there’s a way to improve the local ecosystem. Are your local companies friendly to the environment? Or should you take part in a peaceful protest to hold big businesses accountable?

Just look at Ivy in the Harley Quinn episode, “Catwoman” Ivy read her local paper (which she naturally recycled afterward) and found out that Ace Chemicals was dumping toxic waste, so she went down and made her voice heard through a peaceful protest. Okay, maybe it wasn’t so peaceful. She probably went bit overboard when she started dumping toxic waste down the Ace Chemical executives’ throats. Be passionate, driven and firm in your beliefs…but you should definitely stop before you get anywhere close to committing homicide for the cause. Instead, consider designing a picket sign, writing to your local representatives, or appealing directly to business leaders. Ivy may be our Earth Day hero, but no one said she was one of the good guys.

How are you helping to protect our planet this Earth Day?

One thing my coworkers and I do A LOT is called Plogging and it’s easy to do on a lunch break and get outside. We live right on the ocean here so catching trash before it gets in the marine environment is important to us. 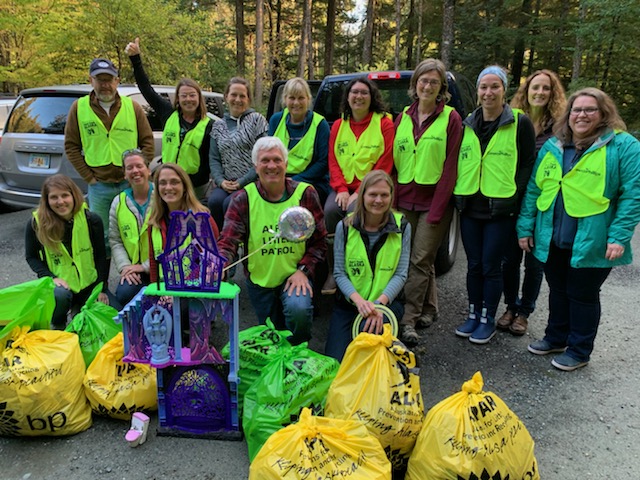 Picked up trash along the walking trails n the neighborhood.

This is all great stuff! Honestly, for me there is no one Earth Day. By this I mean every day of my life is Earth Day! Something I’m currently doing is putting proper microorganisms back into our soils and making the Earth as fertile as can be. These necessary microorganisms that have gone missing from most soils nowadays actually do amazing things like recycle necessary elements, clean the Earth and the air, and so much more! To learn more about soil microbiology, I recommend everyone reads “Teaming with Microbes: The Organic Gardener’s Guide to the Soil Food Web” by Jeff Lowenfels & Wayne Lewis!

Something I’m currently doing is putting proper microorganisms back into our soils and making the Earth as fertile as can be.

Wanted to add, if anyone has space and time, grow some pollinator friendly plants.

And recycling can come in the form of composting, too! My family and I have just made a switch to solar panels and also purchased an electric car in order to reduce any more gas pollution!

How about her signature ecoterrorism?

Probably not the best idea