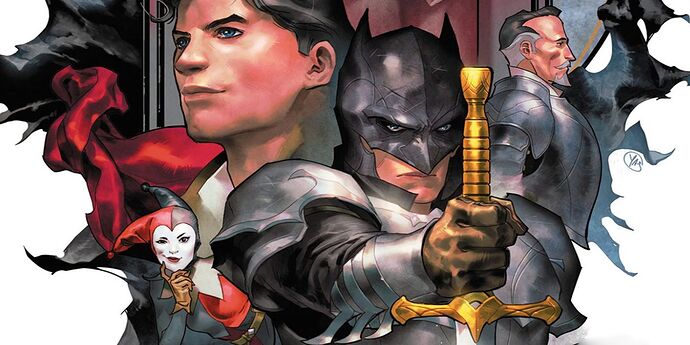 The DC Multiverse is a strange and wondrous thing, full of unique, vibrant worlds both familiar and unlike anything you’ve ever dreamed. Tom Taylor has a knack for writing both. In bestselling, continuity-set books like Nightwing and Superman: Son of Kal-El, he’s continued and expanded the stories for some of DC’s most beloved superheroes, finding new depths of characterization to explore and making bold decisions to broaden his heroes’ appeal. But Taylor first made his mark on DC fans by showing how far he could push, stretch and alter those same characters, while keeping them true to the people we know and love. Injustice showed us a universe of heroes at war with each other and how quickly good intentions tarred by unlimited power can spiral into tyranny. Meanwhile, DCeased pushed its version of the DC Universe to the brink of an undead apocalypse, showing us that the only thing worse than a zombie is a super-powered zombie.

Now, teamed with artist Yasmine Putri, Taylor is once again taking us to a new corner of the DC Multiverse, a medieval world where castles and kings reign supreme. But this realm of swords and sorcery is about to get an unexpected visitor from the stars who will change its destiny and possibly bring about its destruction.

…or maybe be its salvation. It’s so hard to tell with prophecies at times.

The twelve-issue, limited series Dark Knights of Steel launches next week with a debut chapter that’s so unlike anything we’ve seen from Taylor, we had no choice but to sit him and Putri down for a chat about how they pulled it off and what fans can expect from the series going forward. And as if that’s not enticing enough, we’ve paired it with an exclusive sneak peek at the first issue. 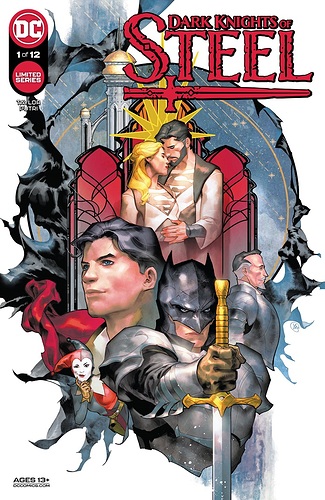 Come read the full interview over at DC Comics!

Pray thee, tell us: are you excited for this new medieval-era fantasy series? Let us know in the comments!

I finally beat @Alec.Holland to like the @DC_Community article first!

Anyway this sound very interesting and think it’ll be worth reading!

Can’t wait for this.

Pray thee, tell us: are you excited for this new medieval-era fantasy series?

Alas, this peasant is indeed excited for the medieval era, with a soupcon of high-fantasy mixed in, adventure that begins this Tuesday.

Initially, I thought “Nay!” as far as buying the book as it comes out was concerned.

However, with a couple spots in my reading list having opened up, I said “Hark! It is now that I can ride my way into Dark Knights of Steel.”, and thus, I shall check out the first issue. If it tickles my fantasy-loving fancy, then I shall ride with the series as it travels hither and yon across the storytelling land.

SN: I’m also getting to be a bigger and bigger Tom Taylor fan, so most anything he does is something I’ll read. Much the same as when Geoff Johns was a big writing wheel at DC.

How much new stuff is he gonna put out before he finally leaves Nightwing? That’s all I wanna know. I’m ready for actually good Nightwing content that actually takes the character seriously. And when is DC gonna respect the Titans and their history together instead of using them as JL developmental brand? Why can’t the characters that actually built the team and made it popular actually be the center of the title? Hell, why can’t Nightwing be the center of his own book instead of the Batfam? When will their titles no longer be led by Batman and JL editorial?

I’m excited for this! The art looks great, and I think it’s fun to see redesigned characters for different era type Elseworlds. I hope we get to meet a wide variety of heroes and villains.

I’m down for this for sure.

I’m sure that I’ll read the first issue and end up falling behind and then read a bunch of issues in a row.

Holy swords and sorcery Batman the last two pages of the book change everything!!!