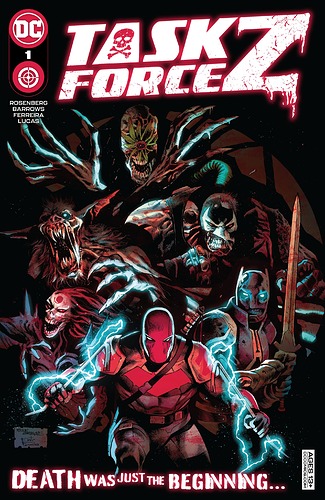 TASK FORCE Z #1 PREVIEW - THE TASK FORCE RETURNS FROM THE DEAD WITH RED HOOD AT THE HELM. CAN JASON TODD AND THE REST OF THE TASK FORCE FIGURE OUT WHY THEY WERE BROUGHT BACK? AND IF THEY DO, WHAT HAPPENS THEN?

Jason Todd is back from the dead with a crew of undead villains under his command. Let’s see what’s in store: 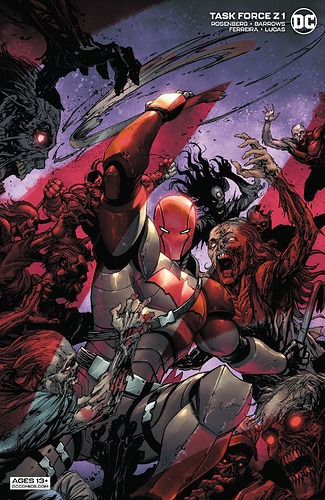 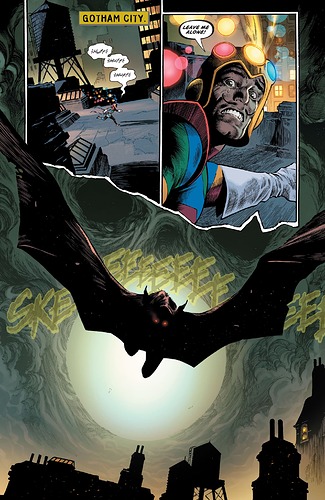 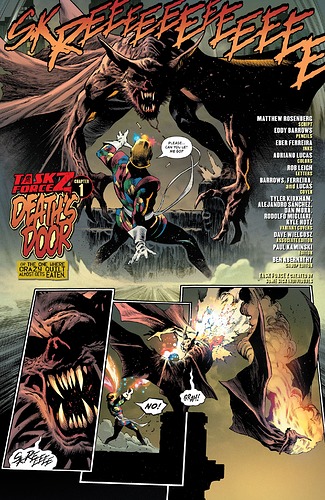 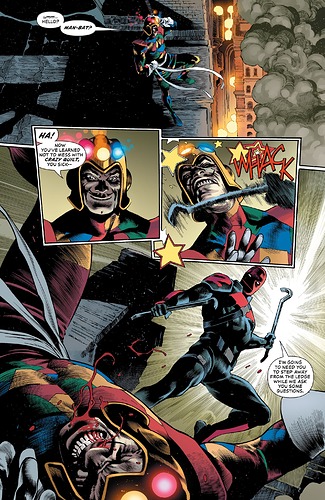 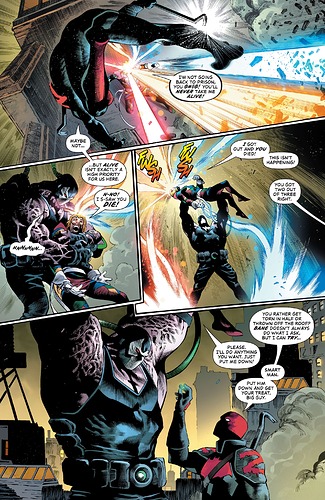 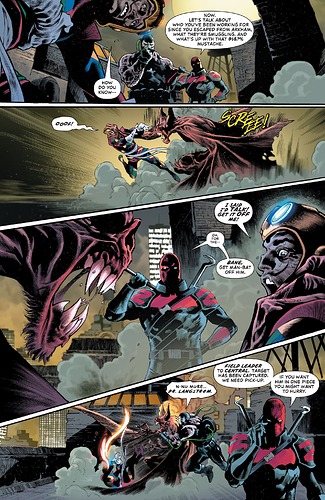 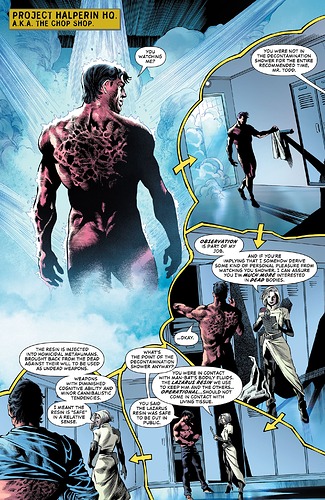 Synopsis: In life, they’ve terrorized the people of Gotham. Now, they are Gotham’s last hope. Task Force X saw villains working their way to freedom. Task Force Z will see dead villains working for a new chance at life! On A-DAY, the attack on Arkham Asylum left hundreds of Gotham’s most cunning and deranged criminals dead…now, a mysterious benefactor has activated the government’s TASK FORCE clause to bring them back as the ultimate army of the night! To lead this team of the undead, only a person who knows exactly what it feels like to be brutally murdered and brought back to life can handle the job…enter: RED HOOD. But when Jason Todd unravels the mystery surrounding Task Force Z’s creation, will he try to destroy it…or embrace it? BANE. MAN-BAT. THE ARKHAM KNIGHT. SUNDOWNER. MR. BLOOM. RED HOOD. THEY ARE TASK FORCE Z, AND DEATH WAS JUST THE BEGINNING…!

Are you excited to see things take an undeadly turn next week? Let us know in the comments!

You know, I love me some Eddy Barrows art. The guy is great!

But…I can wait for this to hit DCUI. Sounds kind-of interesting, just not enough to follow as its coming out.

Now, Wonder Girl #4. That’s my Book of the Week next week!

hopes that Wonder Girl can get First Look call-outs in the future, because it’s pretty darn good

Definitely thinking of picking this up when it comes out – it seems like a fun concept and idea to play around with.

Also, I see what you guys are doing there with that last page.

Okay, I’m cautiously optimistic. I was worried from the solicits, but so far it seems like this might actually be pretty interesting, and I love seeing the Lazarus Resin used in a Jason plotline. Really hoping that means we’re going to get into an exploration of the Lazarus Pit’s effects on Jason, which is something the comics have kind of teased but never really gotten nearly as into as I’d have liked. The burn scars on his back are a nice touch, too. Consider this Jason Todd fan on board.

Though, just for the record, if you have to use arrows to indicate the reading order you should probably reconsider your layout.

Also, I see what you guys are doing there with that last page.

Why, they’re focusing on the use of arrows, of course.