It’s a new day for Superman as Phillip Kennedy Johnson and Phil Hester come out soaring in this first look at their debut issue. 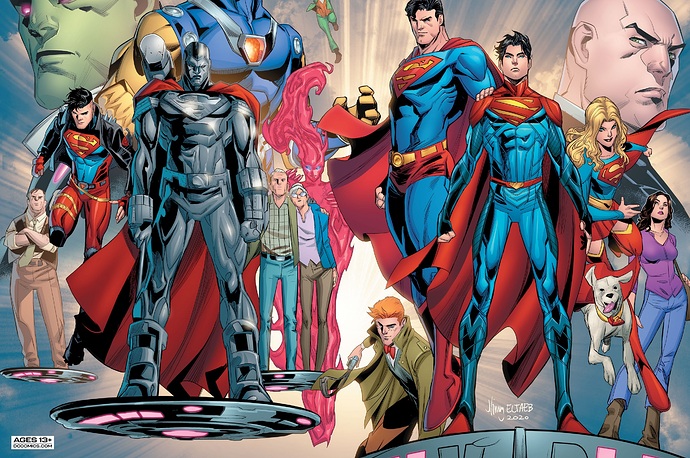 A lot has taken place in 2021 and we’ve endured it all without Superman.

That’s not to say the Man of Steel hasn’t been around. He’s been on the small screen in Superman & Lois and on the comic racks in DC Future State, but Superman, the flagship title starring DC’s first true superhero has been nowhere to be seen…until now. 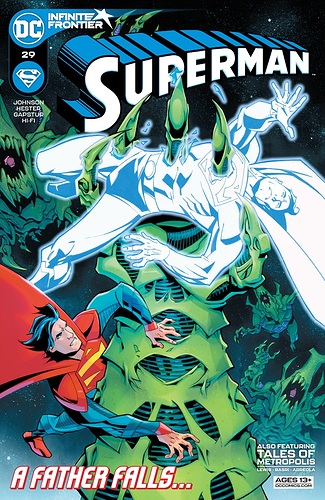 If you’re eager for a taste of what Johnson and Hester have in store for the Man of Steel and his fans, check out the preview! What’s that you say? You can’t wait any longer to read more? Lucky for you, the full issue is ON SALE NOW!

Are you excited for the return of the Man Of Steel? Let us know your thoughts in the comments below!

I’m excited to see what Johnson has in store next for Superman.

I understand that he’s a bit polarizing in some circles, but I actually don’t mind an aged-up Jonathan Kent.

I have zero interest in a “normal age” Jonathan Kent, but the older one looks kind of cool to me.

I’ve always wanted to get into LEGION OF SUPER-HEROES, and the little that I’ve read of the Brian Bendis run is fine to me, and I like Jonathan Kent in that.

I believe Brian Bendis said LEGION OF SUPER-HEROES was coming back later this year, so I’ll look out for that.

Likewise, I’m interested in what Phillip Kennedy Johnson is planning for later in the year as well. 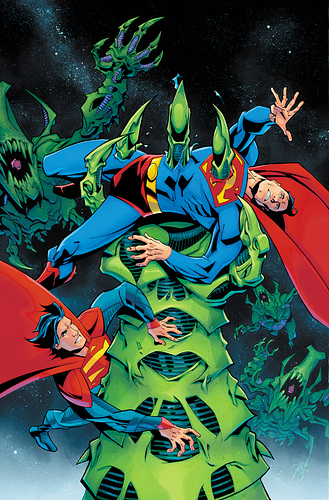 New Creators Take on 'Action Comics' and 'Superman' in 2021!

In the months following “The Golden Age” two-part crossover, Phillip Kennedy Johnson will continue writing both Superman and Action Comics with artists Scott Godlewski (on Superman) and Daniel Sampere (on Action Comics) before reuniting with Future State: Superman: Worlds of War co-creator Mikel Janín on a special Superman project—still to be announced!

This preview looks nice though.

That top image is just phenomenal

I’m going to jump on these titles when they premier here.

I understand that he’s a bit polarizing in some circles, but I actually don’t mind an aged-up Jonathan Kent.

I have zero interest in a “normal age” Jonathan Kent, but the older one looks kind of cool to me.

I would have to agree. It would also be cool to see how he interacts with Conner (Superboy). I think Superman has kinda run out of flexibility with him being attached to Lois and with so many of his stories focusing on how people perceive him. It would be nice to get some Superman-like stories similar to the Silver and Bronze age with Johnathan.

It highlights the wide range of differences among readers because the change in age for Jonathan is what drove me off Superman. I often think kids are handled poorly but Jon was really one of the only bright spots in the DCU for me. And he was a positive influence on Damian who is back to being a sociopath. What Bendis did to Jon is absolutely tragic and that kind of trauma would be crippling but it was the means to an end. I also disliked just about everything else Bendis did so that made it easier to walk away.
I am so happy that Jon lives on in Super Sons stories and hope those stick around for a long time because it’s the only storyline in the DCU that makes me smile.

The thing that works about older Jon for me is that Clark and Lois are just as hurt by it as the readers are. I think it makes for good drama. You could really feel Clark and Lois’ pain over missing those years in today’s issue, which IMO, was a strong debut for the new writer and a great showing by artist Phil Hester.