Hoping it won’t be too long a wait for next season of the animated series!

Oh my Presence, that sneak peek was hilarious. “ That’s why you destroyed Gotham? Because you were friend-zoned ?”

Now I’m picturing Harley dressed up like Mozart on a piano singing “Just a Friend.” 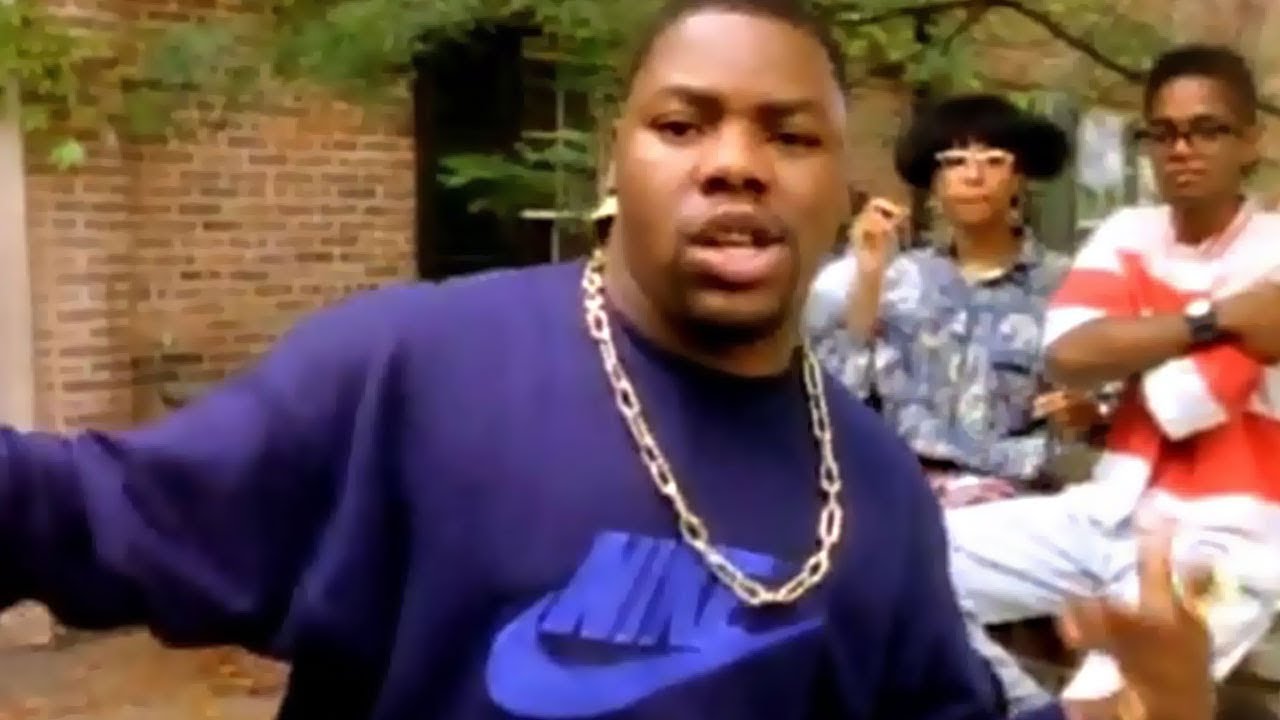 I guess if I Am Not Starfire can have fully adult language w/out the specific Black Label, then maybe this can as well

I’ve noticed that while reading some of the other YA graphic novels, some of them can get WAY darker than I thought they could.

Season 3 will likely be a story sometime after the events of season 2, with the comic taking place in-between. I would hope that there’s been enough collaboration with the comic and series that there won’t be any major contradictions.

Hoping it won’t be too long a wait for next season of the animated series!

Same here – hopefully at the latest, we’ll find out when it’ll come out during FanDome in October.

Season 3 will likely be a story sometime after the events of season 2, with the comic taking place in-between. I would hope that there’s been enough collaboration with the comic and series that there won’t be any major contradictions.

Likely they haven’t finished writing Season 3 yet, but the comic people (that’s a technical term) asked them, like, “So, we have an idea for a story set right after the Season 2 finale, could you maybe look over this and make sure it matches your plans?” And the TV people (another technical term) read it and were like “Yeah, okay, this’ll work, but don’t kill anyone important.”

Well, this should be mildly interesting to many fine readers of the DCUI.

Cannot wait for this one.

Back in March one of the showrunners mentioned that they were looking at a late 2021/early 2022 release, so they’re probably done with the writing part of the series. 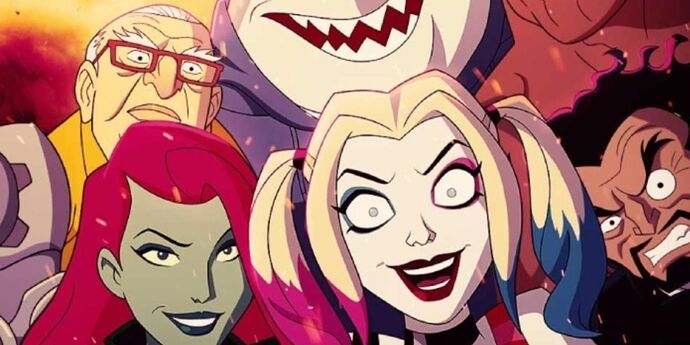 Harley Quinn returns in less than a year.

Alright then, that makes it easier, they just needed one person who’s read the S3 scripts to proofread the comic.

And here’s some confirmation of the connection between the comic and animated series by one of the showrunners! 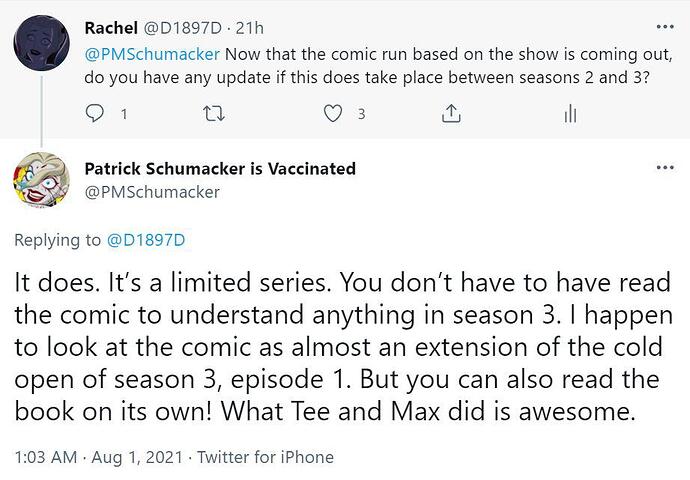 Also, how funny are everyone’s faces on the right side of the page! Catwoman looks like that friend who’s waiting for her friend to be done with their PDA, Frost looks repulsed and furious (and maybe a little jealous? I wouldn’t suggest it were this anything other than Harley Quinn), and Batgirl looks like she’s thinking, “I am so not here.”

Those boots have a serious The Owl House vibe. Also, this looks great! I’ll add it to my long, long, long, long list! I should get around to it by 2040!

I feel this in my soul – between all the comics and books I want to read, the shows and movies I want to see, with more coming, I’ll probably never finish my list before I die.

So, I stayed up to midnight completely by accident, and was like, “Well, as long as it’s tomorrow, I might as well read the comic book.” Obviously, SPOILERS follow!

Thought 1. I feel like I’m getting mixed messages when DCUI labels the book “12+” and then I open it and it says “This comic is for mature readers only.”

Thought 2. In that picture of Harley, Ivy, and Catwoman with the two other women, is that Black Canary!?

Thought 3. It totally fits the weirdness of this reality that a celebrity gossip reporter was outside the wedding of an eco-terrorist and a pathetic supervillain in a legal no-man’s-land. And has ship names for them.

Thought 4. Harlivy are Gotham’s new favorite couple? Never mind all the people they’ve killed, or that this whole no-man’s-land shitshow is all Harley’s fault. Welp, that’s people for you.

Thought 2. In that picture of Harley, Ivy, and Catwoman with the two other women, is that Black Canary!?

That was at the bachelorette party, I believe those were the college friends.

I think the best part of the comic is either Harley’s facial expressions - it’s so clear she genuinely can’t believe how lucky she is - or her younger self being her own therapist.