Harley Quinn’s new creative team gives our girl an updated costume and all-new outlook on life in this first look at Harley Quinn #1. 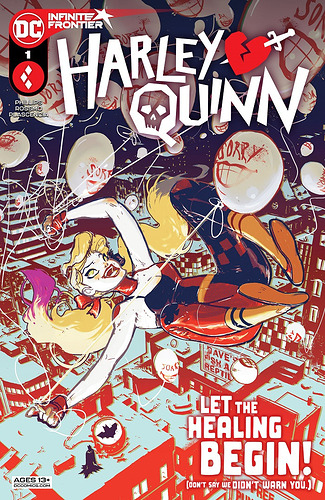 Has there been any character who’s changed more over the past year than Harley Quinn? Yes, she’s still the same Maid of Mischief who believes the best solution to any persistent problem is a baseball bat to the head. But she’s inarguably turned over a new leaf, working alongside Batman and finally admitting the feelings she has for her longtime friend Poison Ivy (you did read the first issue of Batman: Urban Legends, right?). While no one would call Harley a member of the Bat-Family, she’s on a new path, blazing it as fiercely independent as ever, and taking out anyone who would hold her back with a kick between the legs.

Check out the News section on dccomics.com for a first look at the first 5 pages of Harley Quinn #1!

Will you be picking up a copy of Harley Quinn #1? Let us know in the comments below!

This issue was excellent! The art is kind of weird, the lines aren’t smooth and it often feels jarring. With that said, it definitely works for the story being told. I am really rooting for Harley in this story as she begins her trek to get her life in order.

I liked the art. I thought it was quirky. It’s funny, watching the animated series with The Psychology of Super Villains folks the last few Sundays, I hear Kelly Cuoco as Harley and it seemed to fit her dialogue in this book. Also, usually I hear Kevin Conroy in my head as Bats, but in this it was Diedrich Bader’s Batman. I wasn’t going to buy this book, then picked it up on a whim, now I think I’m going to subscribe.

I second the art its quirky and cute. Though her legs remind me of the mayors assistant on Ppg’s. 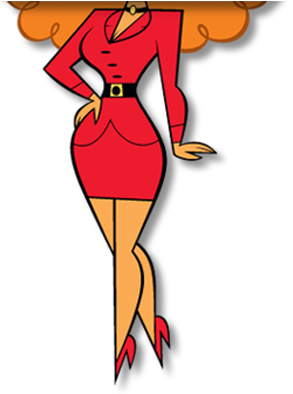 And honestly anything with Waylon in it, im game.

When this was announced, I was on the fence as to whether I’d read it in single issues or trades/on DCUI. Having read the first issue, it will definitely be a single issue read for the foreseeable future.

The writing was fun and while Rossmo is hit and miss with me, I felt his style worked perfectly with Harley. Definitely a solid read!

It is. What intrigues me about this series, is Harley becoming a hero.

Garbage artwork. My 5 year old could do better. Ditch Riley Rossmo (and Romita Jr. while you’re at it). Harley deserves to be portrayed as a human, not some amateur caricature.