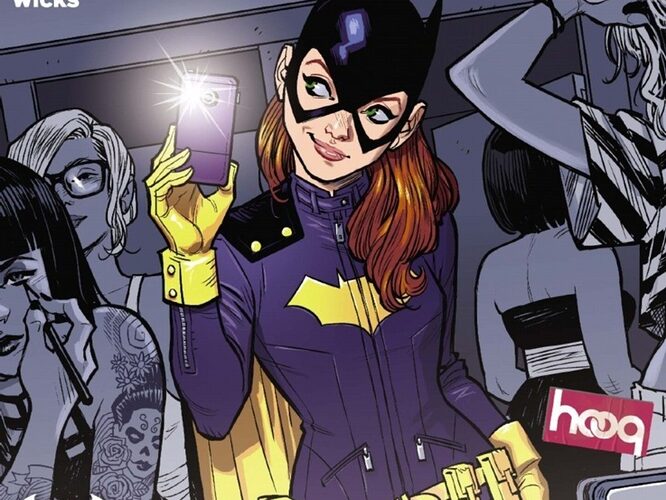 (Posting this image first just in case someone doesn’t want to get spoiled while browsing the threads.)

So apparently Leslie Grace posted the first look on her social media of her dressed up as Batgirl for her upcoming movie! 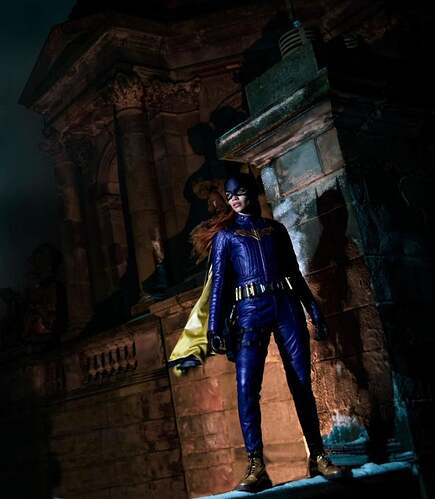 So…very much Batgirl of Burnside, which makes sense. It was a popular outfit when it first came out, so it stands to reason that this would be her first homemade costume. I’m pretty sure that if she doesn’t get a more armored look at the end of this movie, she’ll have it in her next movie/appearance.

. The homemade approach of burnsides outfit gives it the origin feel to it. Can’t wait to see it in action. And the other characters as well.

i like it. stylish and practical. i think the details and seams are better integrated into this leathery style of suit than a lot of movie superhero costumes, where it can end up looking over-designed.

I’m more used to and prefer the grey/black or with some yellow suit buuuut seeing how comic accurate this looks makes me a fan of the purple version.

She looks great in it

It’s not actually that bad, and it’s always a risk to bring in a very comic accurate suit. Just look at the Flash suit in Season 5, it was the most comic accurate but it was atrocious.

I can’t stand the Batgirl of Burnside suit in the comics, but seeing elements of it here, it looks good. I’m also seeing bits of the Yvonne Craig suit from the Adam West series, too. It’s a good first impression.

This gives me hope about the movie actually coming into fruition. Nowadays it’s really hard to get hyped for something until there is better confirmation on it, and this is plenty of proof for me that something is being worked on. I know that the announcement of this movie was made, but I also like to wait until there is more things added to confirm that the movie is happening, and I look forward to seeing it when it comes out.

(Also tagging LadyBat @DC89 for this)

(Also tagging LadyBat @DC89 for this)

Nowadays it’s really hard to get hyped for something until there is better confirmation on it, and this is plenty of proof for me that something is being worked on.

Oh I think we can sufficiently say that they’re working on it – they’ve been filming for a few months now.

Also, apparently one of the directors shared this on social media, which is kinda funny.

It’s ok, but I really hope she gets her classic costume by the end of the film. 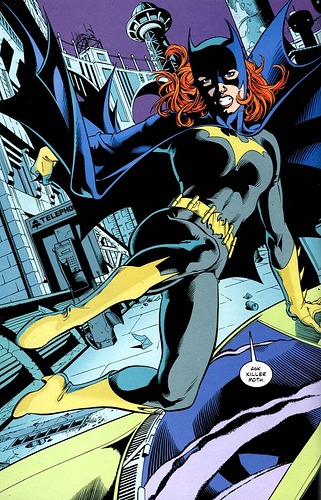 Agreed here, it feels very practical so that makes it feel more real to me. I love the Burnside vibes so I’m pretty excited about this! I wonder if the movie will be dark like Batman movies, or if they’ll go for a more Birds of Prey feel.

The Burnside costume is my favorite superhero costume design ever. I’m glad they are going with this.

I totally see the Batman ‘66 influence too. I’m excited to see where it all goes, especially with all the set photos we’ve seen.

I like it. It reminds me a lot of Yvonne Craig’s costume on Batman '66. 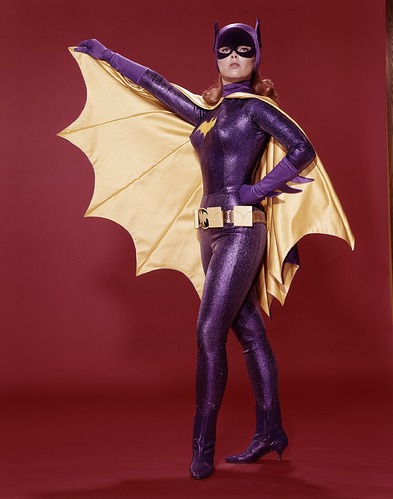 She looks great! I’m not a big fan of the Burnside look, but it suits her very well here. Can’t wait for the trailer.

I mean it kind of does but that just gives it more homemade suit vibes kind of like how daredevil’s season one suit is literally made from stuff he bought online. 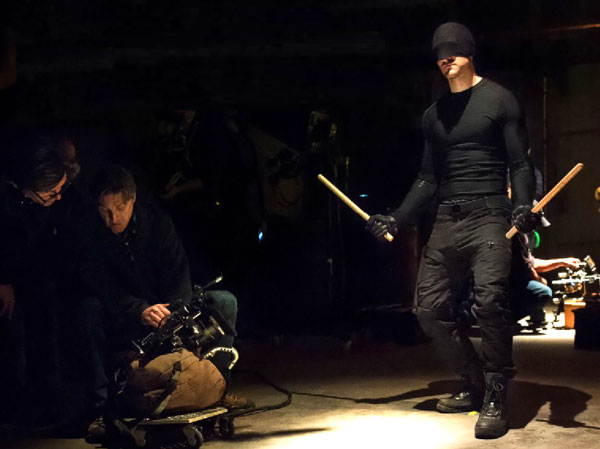 I expect when she meets Keaton, she’ll get an upgraded version.