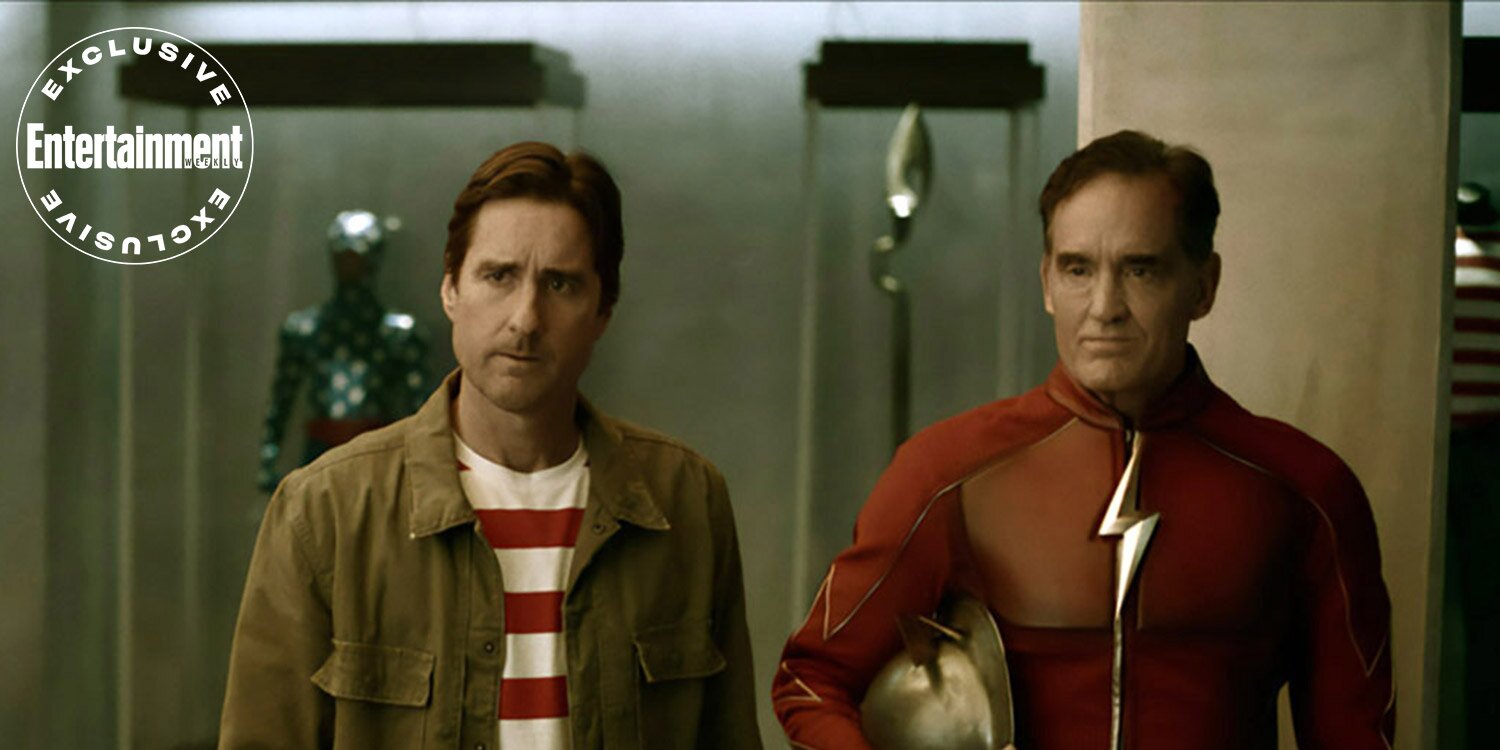 Get an exclusive first look at The Flash on 'DC's Stargirl!' Check out photos of John Wesley Shipp as Jay Garrick in the upcoming flashback episode that marks the show's first major crossover.

Entertainment Weekly recently revealed the first look at John Wesley Shipp as Jay Garrick in next week’s episode of Stargirl. This move has gotten a lot of attention and generated plenty of speculation as to whether it could signal any sort of connection to Earth-Prime’s Jay beyond just the casting, and now we have some more insight into that. The biggest takeaway is that Jay’s Flash costume on Earth-2 is exactly the same as it is on Earth-Prime

I know this doesn’t prove anything (yet), but I feel like it does increase the possibility that this could also end up bridging the gap between the 2 worlds more than we might’ve anticipated. Perhaps they’ll just say it’s a coincidence, but it wouldn’t have been too hard for the costume department to make some relatively minor but still noticeable changes to Earth-2 Jay’s suit. But they made a conscious decision to have it be the same, and I can’t help thinking that signals some sort of greater importance. Either way, this is just making me even more excited to finally see Jay on the show soon!

I don’t get why they keep calling it a crossover, this isn’t Garrick from The Flash, he’s just another Jay Garrick, so it’s not a crossover. A crossover will be when Clark pops over to use an example.

Admittedly calling it a crossover does make sense from a business perspective since it’ll draw more attention, regardless of whether or not it is a true crossover. But if this had been anyone else playing Jay, they wouldn’t possibly be able to justify calling it that. The fact that it’s the exact same actor and costume, though, does still leave the possibility open

Interesting. I could see it go either way in terms of connections. Could be them using the costume since it’s already there and convenient. Like if they couldn’t get John Wesley Shipp back for this they’d probably still use the ‘Classic’ Jay Garrick Flash costume from the JSA photo in Stargirl. Be weird that Jay would’ve been the only one to evolve his costume in the time between when that photo was taken and the death of the JSA or whenever he was last seen or alive so that does lean me towards connections but guess we’ll see.

Thanks for the heads up, wasn’t sure what episode Jay was going to be in.

Ah, but if it’s a flashback, he could be the same Jay Garrick-- post crisis. He exists on Earth-2 before the ISA’s final assault, and that battle somehow shoves him over onto Earth-1-- and after the crisis he thinks there’s no way back. Although Superman, Lois, and Diggle now know there are once again alternate Earths, it does seem the bulk of the Arrowverse has not caught up to that show chronologically.

Weird and only slightly related question. Did they dye his hair? I’m not complaining nor judging. I think John Wesley Shipp is a phenomenal actor and his age isn’t an issue with me. I just wonder if they’ll be playing this Jay Garrick as being a little younger than the one we’ve seen in the other universes.

Either way I really don’t want anyone else playing Jay. Not only is Shipp’s legacy with The Flash since the 90s important to me, he’s also just a darn good actor who’s done Garrick right in his appearances so far. Very excited for this episode!

I didn’t notice that initially, but I think you may be right. His hair definitely has at least some gray in the graveyard shot, but that’s definitely gone when he’s in costume. Maybe supporting the idea that this could be a younger Jay?

I have to agree with everyone questioning if this can really be termed a crossover. My own thought is that this is a different Jay Garrick from what we have seen before. I am thinking he is a doppelganger of the sort we have seen many times before. Either way, it will be great seeing John Wesley Shipp on Stargirl!

That’s probably the more likely scenario, but I just don’t think we can rule out a greater connection until next week. Plus it’s always fun to speculate