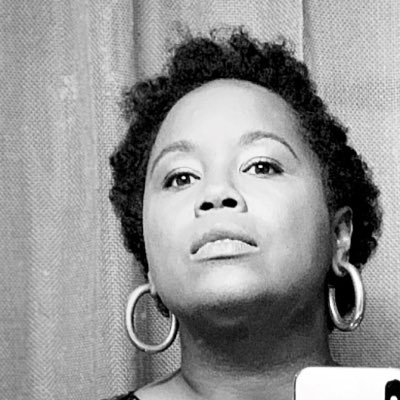 Some personal news: Wednesday I got word that my contract on Superman and Lois won't be extended, my services no longer needed, my outline and draft subpar (obviously I disagree with that last bit lol). This, after months of me flagging #metoo jokes in dialogue 1/2

I didn’t see this until today, but I wanted to share it since it’s incredibly concerning for this new series right out of the gate. The fact that any show in this day and age thinks it’s OK to consistently sideline female characters and only make Black characters villains is just unacceptable. I commend Nadria Tucker for speaking out like this, and I’m hoping (though not expecting) that now that this is out there, perhaps these issues can be addressed and fixed on the show in the few months before it premieres

I know next to nothing about this show and don’t really follow Superman characters anyway, but this is still disheartening to read. I would have given the show a chance. So are they going with a writer who takes an opposite approach to what she’s talking about? Because that doesn’t sound like good writing.

It will be interesting to check out the final product to see if her criticisms are justified.

So are they going with a writer who takes an opposite approach to what she’s talking about?

Well she was just 1 of the writers they had, and while I’m not sure of everyone who’s involved w/ the show, we do know Todd Helbing is the showrunner and Greg Berlanti, Sarah Schecter and, sadly, Geoff Johns are also involved as executive producers. Granted, those 3 are each involved w/ plenty of different shows, so I’m not sure how much direct influence they’ve had over the writing, but at the very least they’d still be complicit in something like this

It will be interesting to check out the final product to see if her criticisms are justified.

The thing is that this isn’t just a fan like me using context to make educated guesses, which has been happening a lot since the show was announced. I’m much more. She was directly involved in the show’s writing process, so she’d know about all of this a lot better than most

The thing is that this is just a fan like me using context to make educated guesses, which has been happening a lot since the show was announced. I’m much more. She was directly involved in the show’s writing process, so she’d know about all of this a lot better than most

Except…what if her writing really was “subpar?” We have no idea what the truth really is…that’s why I’ll let the final product speak for itself. She could be very well be right, but I don’t know enough about her or her work to say for sure.

Still, that’s a horrible way to let someone go…“Hey, you suck. Goodbye.”

It’s certainly a possibility, but considering her track record on Krypton, a show w/ solid writing and representation, and the fact that this is hardly the 1st time the CW has been accused of this kinda stuff, I’m still inclined to believe her until someone w/ the show and/or network can present evidence to the contrary

Honestly, the Arrowverse shows have always had their issues with representation and Superman and Lois already felt like a hack move, so this is less surprising than we probably all want it to be, especially as the Justice League reshoot background has been coming out. Oh, well. Hopefully, the ratings will reflect the disrespect and we don’t need to deal with it for long. The CW tends to ignore low ratings when they believe the show is important (Crazy Ex-Girlfriend being the biggest example), but this doesn’t sound like the sort of show they’d believe in.

It’s impossible from outside to say whether she was fired for her writing skills or not. But the mere notion that there was room to call for the Bechdel test at all these days (which is just a bar that is so low it shouldn’t be a thing anymore) is call for concern enough for the crew to go back to the drawing board and ransack itself and rewrite with enlightened minds.

Should it also turn out she was fired for pointing this out - this show should end well before it airs. That team has a culture that shouldn’t run a Super show, or any show for that matter. The leadership and culture that allows for that needs to die.

But the mere notion that there was room to call for the Bechdel test at all these days (which is just a bar that is so low it shouldn’t be a thing anymore) is call for concern enough for the crew to go back to the drawing board and ransack itself and rewrite with enlightened minds.

Couldn’t agree more, especially when you have a show w/ a female co-lead and icon like Lois. Stuff like that should just come naturally at this point

See I wasn’t really interested in watching this to begin with cuz CW. Their shows lose any kind of interest after the first 2/3 seasons anyway and are usually subjected to bad writing. But this just puts it over the top. I absolutely will not give it a chance now. And we still have to see how Stargirl fairs on the network. I’m 60% they’ll ruin it. The other 30% is hope cuz I heard they’re keeping the whole crew from before the move.

It would have been so much easier for them to work on interesting dynamics had they made one of the kids a daughter so the show wasn’t comprised of three supermales. Somehow I can hear the powers that be saying: “but there is already a show about a supergirl”.

The brother/brother dynamic is done to death anyways in media. There’s a severe lack of brother/sister teamups. With Lois and a daughter they’d also have passed the Bechdel test even with a crappy writers room.

Somehow I can hear the powers that be saying: “but there is already a show about a supergirl”.

This mentality of thinking that you don’t need to go any further because you already filled some made-up quotas regarding female, BIPOC and LGBT characters is a definite harm to any given show’s quality. I imagine they’d also credit wanting to do their version of Super Sons as well, but you’re definitely right that a brother/sister dynamic would stand out from the pack even more

The other 30% is hope cuz I heard they’re keeping the whole crew from before the move.

This gives me legitimate hope that they’ll be able to maintain a solid level of quality. Johns made a good point about how the 1st season was always going to have a higher budget due to startup costs, but those won’t factor into future seasons, which alleviates concerns about a smaller budget

Maybe but that doesn’t account for the CW factor where their shows just burn out after 2/3 seasons but somehow manage to keep going. That’s what I’m most worried about. Are we just gonna get another damn teen drama pretended to be a superhero show with little to no action where the title hero is too busy with melodrama to actually be a superhero while the little team behind them figures everything out? Are they gonna start killing people off just to change the status quo and keep the melodrama going because the CW just wants it to stay where it is after they raised the stakes so high they have no choice but to actually grow into a real superhero show? Am I gonna gonna get bored with it and drop the show once it starts connecting to everything else like I did with Black Lightning cuz I don’t like the others anymore and was enjoying having it stand alone? I just…

I’m worried cuz actually really like that show. I like where it is now and where I see it going but with the CW I just don’t see it becoming anything but a carbon copy of what we already got from them and I don’t want that.

Or give one of the boys a female best friend.

I’m unfamiliar with what has happened in Supergirl, but will Jimmy Olsen not be in the show? I though he was played by Mehcad Brookes?

just burn out after 2/3 seasons

I still love the Flash!

He was, but he was written out in the middle of the last season. There aren’t any plans for him to return as a regular/recurring character, though I wouldn’t be surprised if he makes a guest appearance or something

A lot of people still love the shows but for just as many they burned out. It is what it is.

That sucks. Jimmy should be a mainstay in a Superman show especially with Jon in it. Like “Superboy’s Pal Uncle Jimmy.”

Oh, I did a really quick binge of all of the episodes and I still haven’t watched the last few of 6 because I have been burnt out. I love the show. But I just want a bit of a break from it.