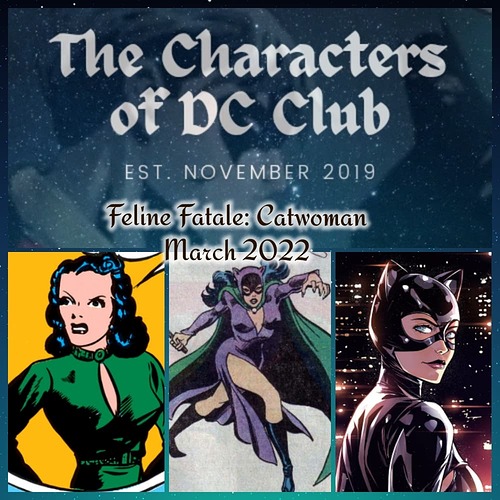 Hello members of the @CharactersOfDC and welcome to our first session of 2022. This month is Woman’s History Month and few of the clubs here at DCUI’s community have banded together to explore some of the great female characters in the DCU. Be sure to check out what the other clubs have going on.

To join CHARACTERS OF DC hit the link.

Here at C of DC we will be taking a look at the history and a few stories featuring a character who has been a part of the Batverse almost from the start. She is without a doubt a character on the same level as Batman himself and holds the same level of importance in the mythos as Joker does being that she was created around the same time.

Selina Kyle has been a mainstay character of the Batman Universe since the very first issue of Batman hit the shelves back in 1940 and she has also had a lot of screen time in various tv and movie adaptions spanning decades. She has the distinction of being Batman’s first and longest running love interest . On Earth Two she was even married to Bruce Wayne and they had a daughter, Helena, who became a hero in her own right. (If you want to check out some of Helena’s adventures on Earth Two head on over to the JSA Book Club. We will be having a session later this month that will cover a few of the stories that feature the Dark Knight’s Daughter.)

So lets get started exploring this Queen of the BatVerse

But the first I want to concentrate on here is:

I always feel that the best way to understand a character is to go back to the beginning and see where and how they got their start. So the first thing we will be discussing this month will be Selina’s first appearance in a story called “The Cat” as well as a few other Golden Age appearances:

So hold onto your valuables and lets get started!

Judging by her very first appearance would you have thought she would have become a mainstay in the Bat mythos or do you think she was more of a one off type of character?

Happy reading and have a great week!

Cool – I’ve read a couple of these in the past, but should be fun to read them all.

I would also recommend Batman #2, which has a story featuring Joker and Catwoman after the same prize.

That is a very good suggestion @Jay_Kay.

Always different reading Golden Age comics. Selina’s first appearance wasn’t very memorable except for establishing a mutual attraction between her and Bruce. That cat head they stuck her with for a few issues was truly horrible. Much better to see her in her classic costume in issue 35. She isn’t much of a fighter in these early days, but that isn’t surprising considering when these stories were written.

It is a very different experience that’s for sure.

Selina’s first appearance wasn’t very memorable except for establishing a mutual attraction between her and Bruce.

Yeah from the first appearence I would not have thought she would have become anything special either. That attraction though…

That cat head they stuck her with for a few issues was truly horrible.

That was really horrible, probably the worst costume for her but that’s just my opinion.

I liked the costume in #35 better. It’s an early version of one of my favorite Catwoman costumes. 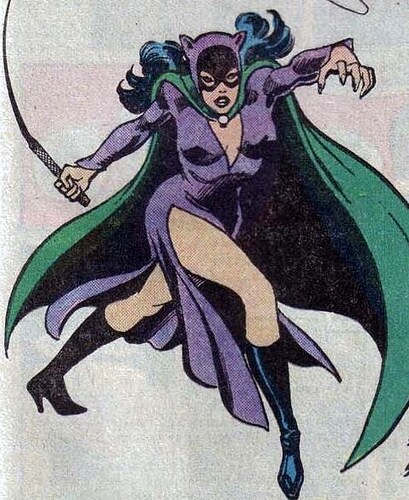 I got locked out of my account! I’m back in now! Looking forward to these!

Good to see you again @AlexCarr.

Thank you! Good to be back!

First off, I have to say that while this wasn’t Batman’s first appearance, this being the first issue of his own ongoing series is amazing due to how stacked it is. First, we have the last part of a series of stories that dealt with one of Batman’s earliest recurring villains in Hugo Strange, and then we get the first introductions of inarguably two of Batman’s most popular and important rogues in The Joker and Catwoman.

Now, as for the Catwoman story…in terms of the other stories, this one might be the weakest, but it has its share of pros to it.

One thing that’s pretty unique about this story is that there’s surprisingly more of a Robin story. Batman at first can’t be bothered with this case so he has Robin do most of the leg work, which is kinda cool. Even when Batman shows up, I love the sequence where Batman and Robin corner the hoods in their boat, Batman decides to just sic Robin on them in a total flex move.

Speaking of which, I got a good chuckle from the crooks that commendeered the yacht after The Cat already stole the diamonds.

Finally, we get Batman and “The Cat” meeting and, yes, the “quiet or papa spank” is as hilarious as it is iconic, but the rest of their interaction works pretty well. Much like Joker in this issue, they pretty much figured this character and her dynamic with Batman almost from the start.

Now, as for the Catwoman story…in terms of the other stories, this one might be the weakest, but it has its share of pros to it

I agree on both counts.

One thing that’s pretty unique about this story is that there’s surprisingly more of a Robin story.

I thought that was unique as well. Really gave Robin a chance to shine.

Finally, we get Batman and “The Cat” meeting and, yes, the “quiet or papa spank” is as hilarious as it is iconic, but the rest of their interaction works pretty well.

It all begins here and no matter how things change or who plays her there is always an echo or resonance to this first meeting there. She, like Joker, is universal constant.

Much like Joker in this issue, they pretty much figured this character and her dynamic with Batman almost from the start.

Times and writers change but the basic dynamics of both these characters and Batman stay the same. 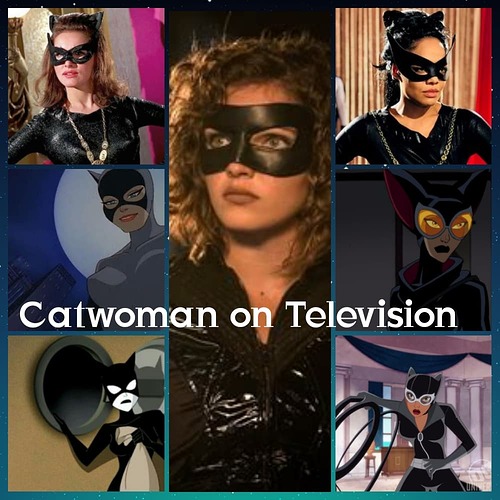 Over the years there have been so many actresses that have played Catwoman on tv and everyone has their personal favorite. This week we will be discussing Selina Kyles’s various appearances across decades of tv series.

Who is your favorite television version of Catwoman?

Who is your favorite Catwoman froma telvision series?

Discussion Point
This time we have the above poll but in case I missed someone’s favorite go ahead and post them below and tell me why you think they are the best.

A good catwoman story to read is batman hush!
Now, the book shows a fun relationshp betwen catwoman and batman, and also, loved the interaction between catwoman and huntress at the end, i would describe it expect, i think it would be better if you read it for your self!

I have to say I really like Zoe Kravitz as Catwoman in The Batman. I felt like she played a modern one well.

I guess it’s been too long since I’ve seen it, I just remember licking their love story and thinking she fit him well.

Ok so I just watched Catwoman Hunted. Anyone else seen it? Thoughts? I liked this version of Catwoman

I haven’t seen it yet but I am planning to watch it this week sometime. What did you like about this version of Catwoman? 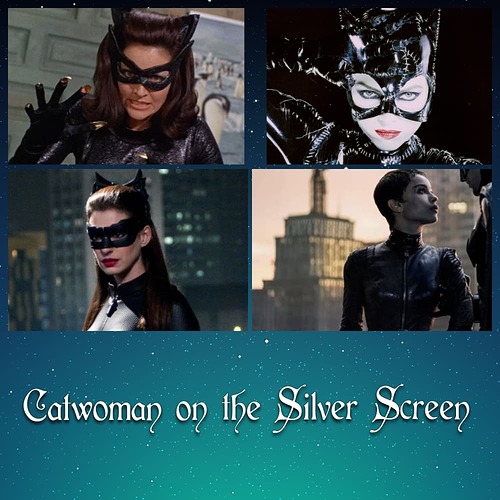 Selina Kyle has made a few appearances on the big screen in addition to her television appearances we talked about last week. From the Batman '66 movie to the Batman movie that was just released on March 4th Catwoman has made an impression on movie goers for decades. So…

Who is your favorite Catwoman in the movies?

If any of you have seen The Batman, what did you think of Zoe Kravitz as Selina Kyle compared to others who have been in that role? Please keep your answers as non-spoiler-y as possible for those who may not have seen the movie yet.

Next week we will close out this session with a look at a team-up between Catwoman, Poison Ivy and Harley Quinn. Yep, I’m talking about some Gotham City Sirens action. See you all there.